At least 27 people have been killed, dozens more injured and an unconfirmed number is missing after devastating wildfires fueled by hot temperatures and strong winds produced by Hurricane "Ophelia" swept through central and northern parts of Portugal on Sunday, October 15, 2017. At the same time, at least 4 people have been killed in neighboring Spain. The number of casualties in both countries is expected to rise.

The situation was still critical Sunday because of unseasonably high temperatures, up to 34 °C (93.2 °F) and strong winds produced by Hurricane "Ophelia". After fueling the fires, Ophelia is now bringing wetter weather which may give some respite to firefighters. 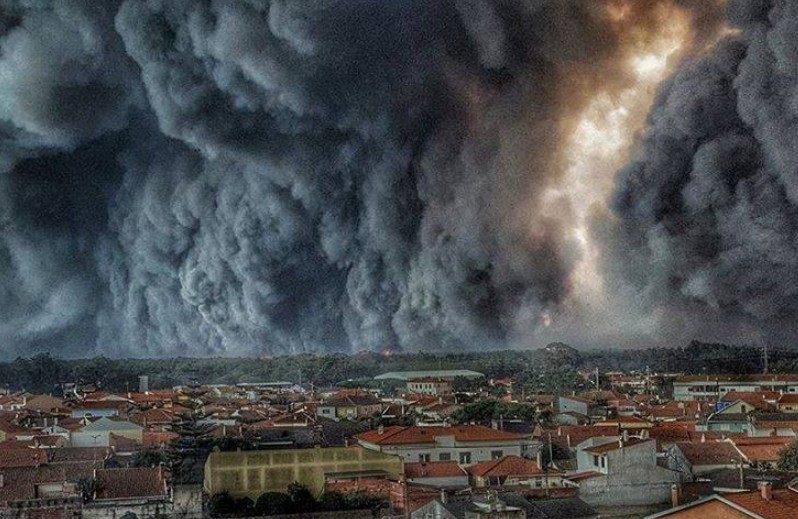 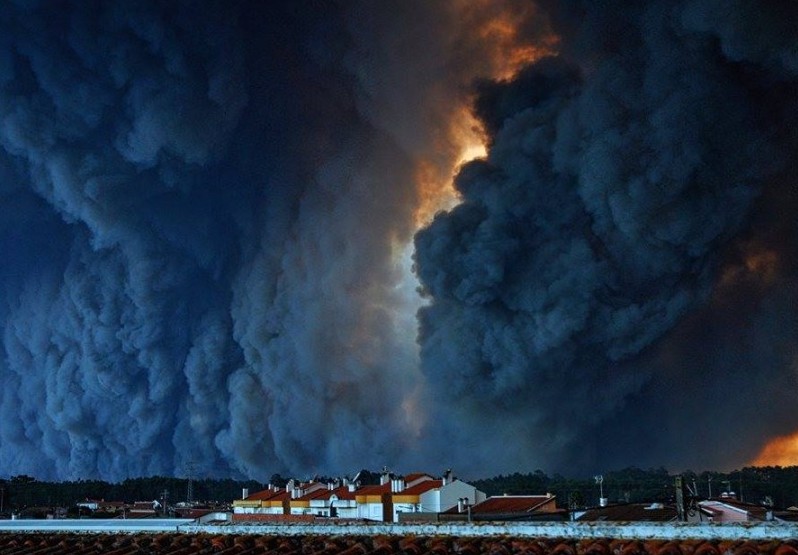 Gaspar said that in addition to the 27 dead in Portugal, at least 51 people have been injured, including 15 in serious condition. However, an unknown number of people is still missing, she said.

This is the second major wildfire tragedy to hit Portugal since 64 people died in June when the fire destroyed some 29 000 ha (72 000 acres) of land.

We hope that the final death toll will be lower than those in June, officials said, adding that firefighters are still battling more than 100 of the 523 wildfires registered on Sunday, described as worst fire day this year in Portugal.

"I hope there are no more deaths,” Prime Minister António Costa said as he left an emergency meeting of Portugal’s Civil Protection authority in the early hours of  Monday morning. "Surely, these situations will repeat themselves," Mr. Costa added when asked about the need to prevent further tragedies. "There are no magic solutions and we cannot deceive the Portuguese people about a problem that has been building up over decades."

In neighboring Spain, authorities reported that at least 4 people were killed, two of them trapped in a car, in the northwestern Galicia region after some 105 fires swept through the region.

Regional president Alberto Nunes Feijoo said 15 of the fires in Spain pose a risk to towns, and added that 90% of all forest fires in Galicia this year are intentional. "Galicia is not burning; Galicia is being burnt. They are terrorists," Feijoo said.

The number of deaths in Portugal has reached 41. With 4 deaths in Spain, the death toll since Sunday has risen to 45.

There are 71 people injured in Portugal, 16 of them seriously and 1 person is still missing.

"Most of the victims were killed in their cars, but we also found them inside their houses," said Jose Carlos Alexandrino, mayor of Oliviera do Hospital near Coimbra, Portugal.