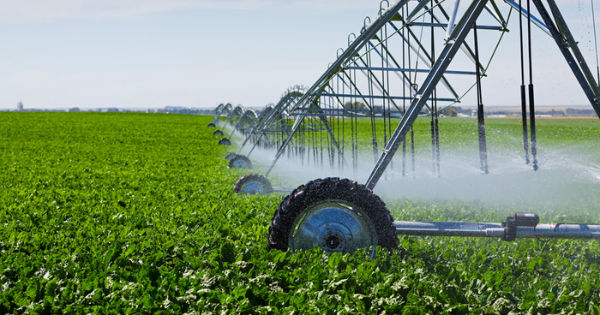 More than one-third of US states in the southern Great Plains could run out of groundwater within the next 30 years according to a new study published this week in the Proceedings of the National Academy of Sciences. Study finds that the two most important aquifers in the US, one under the High Plains of the central US and the other under California’s Central Valley, are actually being unsustainably drained from these agricultural uses.

During the most recent drought in California’s Central Valley, from 2006 to 2009, farmers in the south depleted enough groundwater to fill the nation’s largest man-made reservoir, Lake Mead near Las Vegas. About 33% of the High Plains groundwater depletion comes from activities on just 4% of the region’s land. And it’s the water-intensive and water-inefficient agriculture production of the region that is most responsible for the depletion.

The researchers say that some societal changes are already underway in response to this issue. We’re seeing decreases in rural populations in the High Plains. Increasing urbanization is replacing farms in the Central Valley. And during droughts some farmers are forced to fallow their land. These trends will only accelerate as water scarcity issues become more severe. 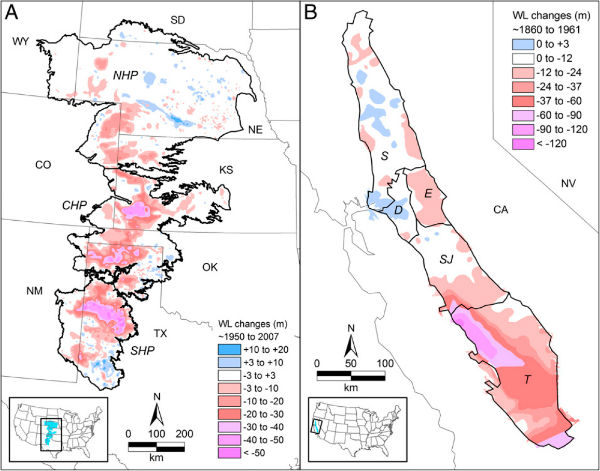 Researchers suggested several ways to make irrigated agriculture in the Central Valley more sustainable: Replace flood irrigation systems (used on about half of crops) with more efficient sprinkle and drip systems and expand the practice of groundwater banking—storing excess surface water in times of plenty in the same natural aquifers that supply groundwater for irrigation. Groundwater banks currently store 2 to 3 cubic kilometers of water in California, similar to or greater than storage capacities of many of the large surface water reservoirs in the state. Groundwater banks provide a valuable approach for evening out water supplies during climate extremes ranging from droughts to floods.