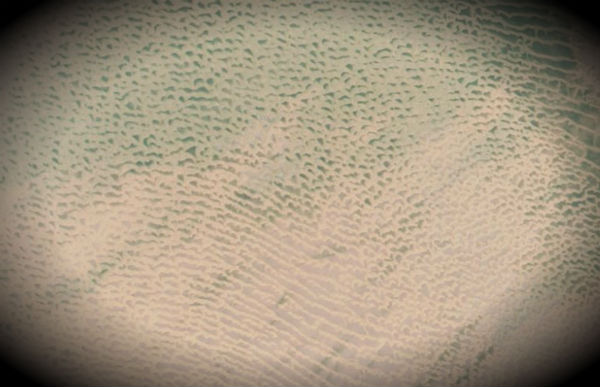 Torrential rains caused flooding in parts of Saudi Arabia and Oman in mid- to late April 2012. News reports blamed the floods for damaged buildings, washed out roads, 18 deaths, and about 12 people missing. As of April 21, police and air force personnel were engaged in search-and-rescue operations. 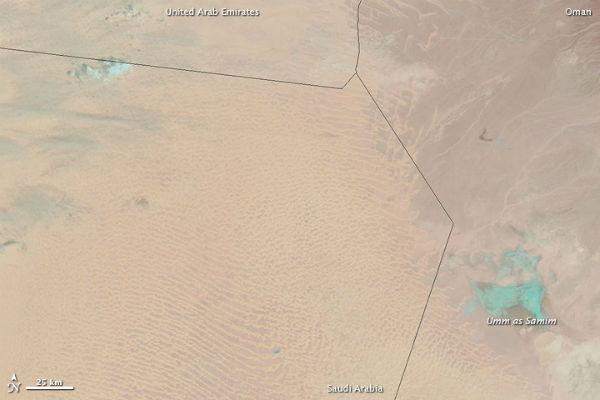 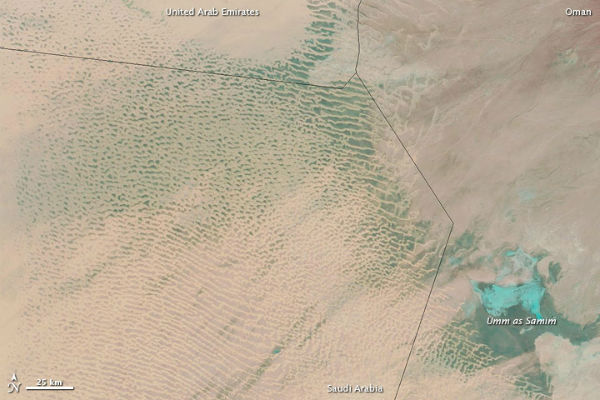 This region includes part of the Empty Quarter or Rub’ al Khali. In this vast sand sea, salt flats often separate towering dunes, and much of the water visible on April 18 probably rests on those flat areas. Some of the salt flats are paved with roads, and standing water left at least one of those roads impassable.

The flood water might have flowed into the region from the southwestern Empty Quarter, and from the mountains of Oman. Ground water often feeds perennial lakes in this region, and in April 2012, Umm as Samim might have been both a destination for flood water flowing over the surface and a source of upwelling ground water. (EarthObservatory) 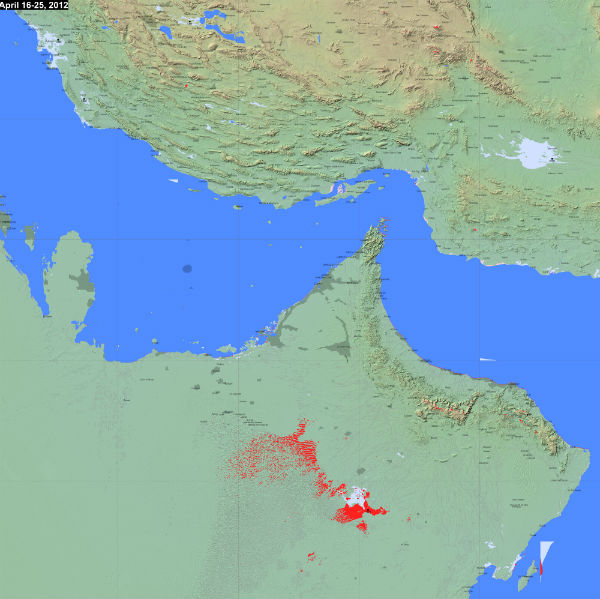