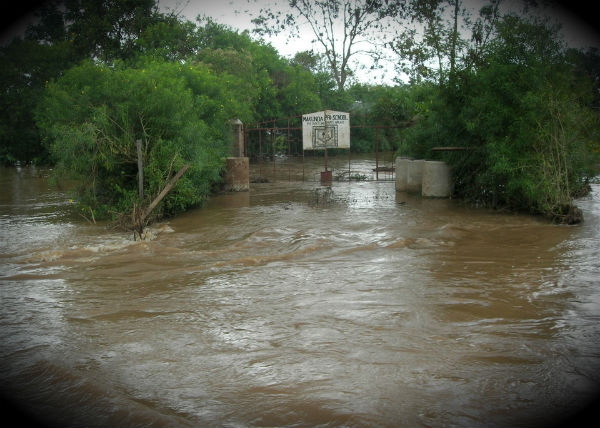 Flash flooding has hit Kenya during the last few days as the height of the rainy season unfolds. Wednesday, renewed cloudbursts pounded Nairobi and other parts of Kenya. Nairobi and much of Kenya sees the peak of its rainiest season during April, a month prone to frequent showers and occasional drenching thunderstorms. Nairobi’s Jomo Kenyatta Airport picked up 74 mm (2.9 inches) of rain within 24 hours which ended Wednesday. Weather forecasters believe that the weather in Kenya will stay favorable for localized torrential rain and flash flooding through at least the end of the week.

April marks the heart of the yearly rainy season in this part of East Africa, and flash floods triggered by sudden cloudbursts do occasionally happen.

Localized torrential rain struck neighboring areas at Hell’s Gate National Park, located about 90 km (55 miles) northwest of Nairobi. A flash flood killed seven visitors at a national park in Kenya. The seven members of a church group were swept away Sunday as they walked through a narrow gorge, the BBC News website said. Eight others were rescued following the incident. Runoff from the cloudbursts apparently burst into the narrow cleft known as Hell’s Gate, where the victims were hiking. Flash-floods and storms in other parts of Kenya have led to the deaths of at least 17 people and affected some 58,000, with dozens of livestock swept away and infrastructure destroyed, according to the Kenya Red Cross Society.