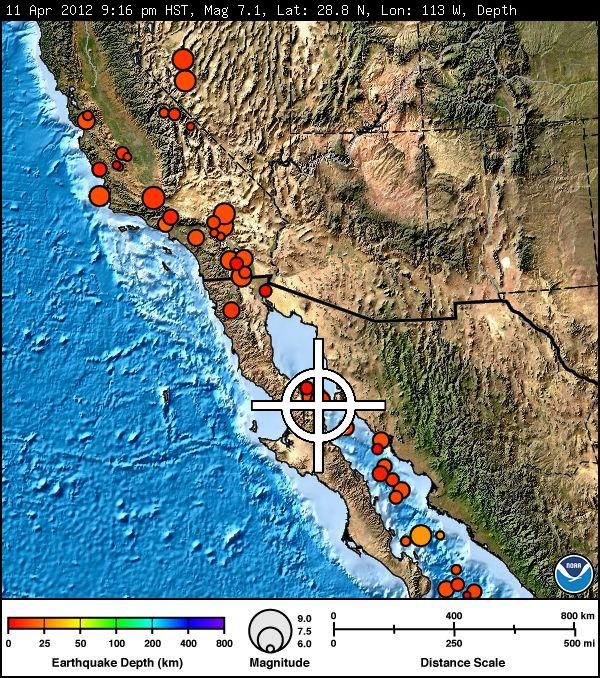 NO tsunami warning, watch or advisory is in effect for these areas.

The Mexican Servico Sismologico Nacional reports a magnitude of 6.8 with an epicenter below land. USGS hypocenter is at M6.9 and off the coast.

Epicentral area  is very sparsely populated with only a few houses along the coastline apart from Santa Isabel.

Although it is a ridge earthquake, the epicenter of the M6.9 quake looks to be very close to the coast which makes this earthquake (the second very strong in a matter of 9 minutes) EXTREMELY DANGEROUS for shaking damage and fatalities. Let us hope that we are too pessimistic here. The kind of shaking will depend on the focal mechanism.

Following calculations by the USGS (providing that the earthquake data are correct) a MMI VII will have been experienced on the Baja California peninsula ! This means dangerous for the coastal areas experiencing this kind of shaking.

Updates will be posted accordingly. 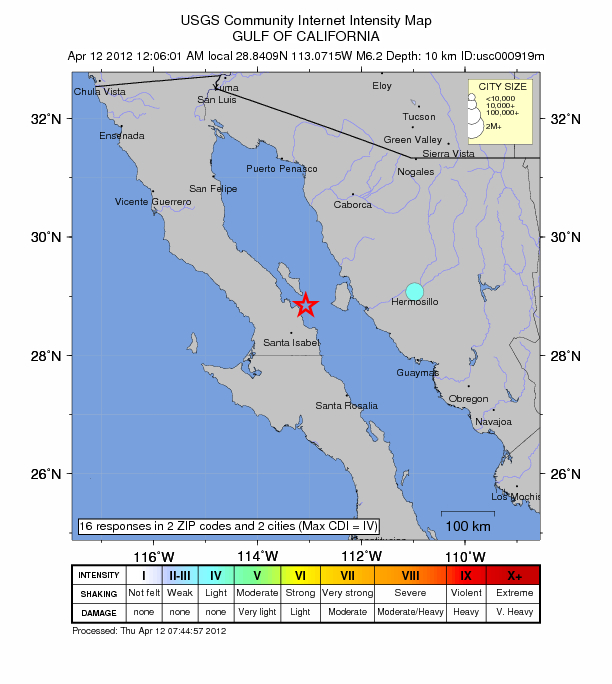 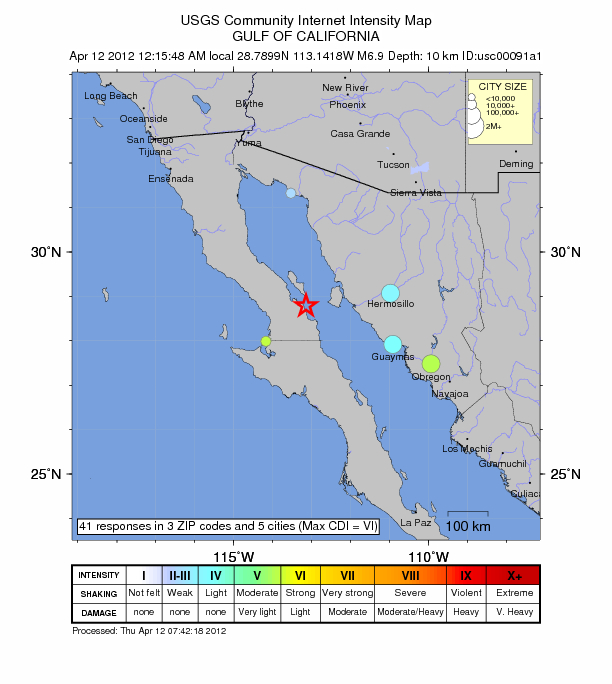