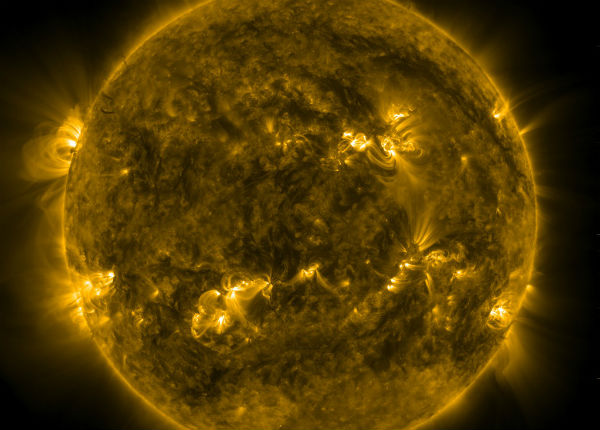 Solar activity is currently at low levels. All sunspots on the Earth facing side of the Sun remain stable. A small new sunspot looks to be forming to the west of 1445 in the southern hemisphere. Old and active Sunspot 1429 will begin to re-emerge off the eastern limb within the next 24 hours. Solar activity is expected to increase with a chance for M-Class flares. Minor geomagnetic activity did take place due to an elevated solar wind and a south tilting Bz component. Things have since returned to more quieter levels. (SolarHam) 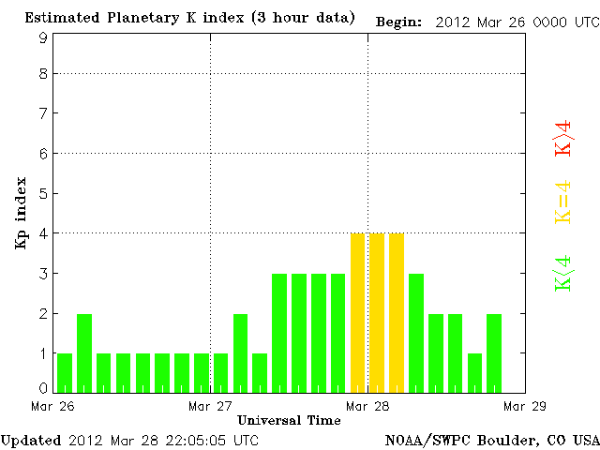 A solar wind stream is buffeting Earth’s magnetic field, causing magnetic unrest and auroras at high latitudes. Bellow is short movie  by Chris Allington of Crofton, Nebraska who captured this timelapse of Northern Lights display all the way south in Nebraska.

The cause of the display was the interplanetary magnetic field (IMF), which tipped south and opened a crack in Earth’s magnetosphere. Solar wind poured in to fuel the light. More high-latitude auroras are possible tonight: NOAA forecasters estimate a 50% chance of polar geomagnetic storms as the solar wind continues to blow.

Old sunspot AR1429 erupted during the late hours of March 26th, producing its 11th major CME, fortunately on the farside of the Sun. 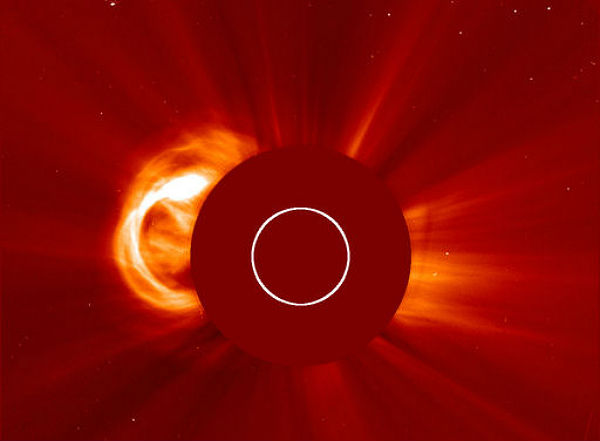 According to a forecast track prepared by analysts at the Goddard Space Weather Lab, the CME will hit two spacecraft, STEREO-B and Spitzer. Earth is not in the line of fire. AR1429 was the source of several strong geomagnetic storms in early March and is still very active. It will begin turning back toward our planet any time now.

Solar Activity Forecast: Solar activity is expected to be low with a chance for an isolated M-flare. Old Region 1429 (N19, L=299) is expected to rotate onto the solar disk midday on 29 March, which should increase M-class flare probabilities. New Region 1448 (S18E55) was numbered today and is an A-class spot group.

Geophysical Activity Forecast: The geomagnetic field is expected to be quiet to unsettled for 29 March due to persistence. Quiet levels are expected for days two and three (30 and 31 March).