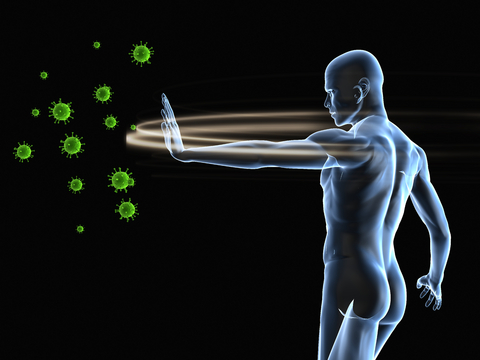 While the medical, pharmaceutical, and vaccine industries are busy pushing new vaccines for practically every condition under the sun, a new study published in the journal Immunity completely deconstructs the entire vaccination theory.

It turns out that the body’s natural immune systems, comprised of both innate and adaptive components, work together to ward off disease without the need for antibody-producing vaccines.

But the new research highlights the fact that innate immunity plays a significant role in fighting infections, and is perhaps more important than adaptive immunity at preventing or fighting infections. In tests, adaptive immune system antibodies were shown unable to fight infection by themselves, which in essence debunks the theory that vaccine-induced antibodies serve any legitimate function in preventing or fighting off infection.

“Our findings contradict the current view that antibodies are absolutely required to survive infection with viruses like VSV (vesicular stomatitis virus), and establish an unexpected function for B cells as custodians of macrophages in antiviral immunity,” said Dr. Uldrich H. von Andrian from Harvard Medical School. “It will be important to further dissect the role of antibodies and interferons in immunity against similar viruses that attack the nervous system, such as rabies, West Nile virus, and Encephalitis.”

As explained by Dr. Russell Blaylock in a recent interview with Mike Adams, the Health Ranger, vaccines not only do not work as advertised, but they actually damage the body’s innate immunity. Rather than teach the body how to respond to infections, vaccines actually inhibit the immune system’s ability to produce TH2-type cytokines, and suppress cellular immunity, which is how the body protects itself against deadly viruses and bacteria.

So once again, the myth that vaccinations serve any sort of legitimate medical purpose has been deconstructed by breakthrough science. Regardless of whether or not the mainstream medical community wants to admit it, pro-vaccine ideology is increasingly finding itself in the dustheap of outmoded pseudoscience.