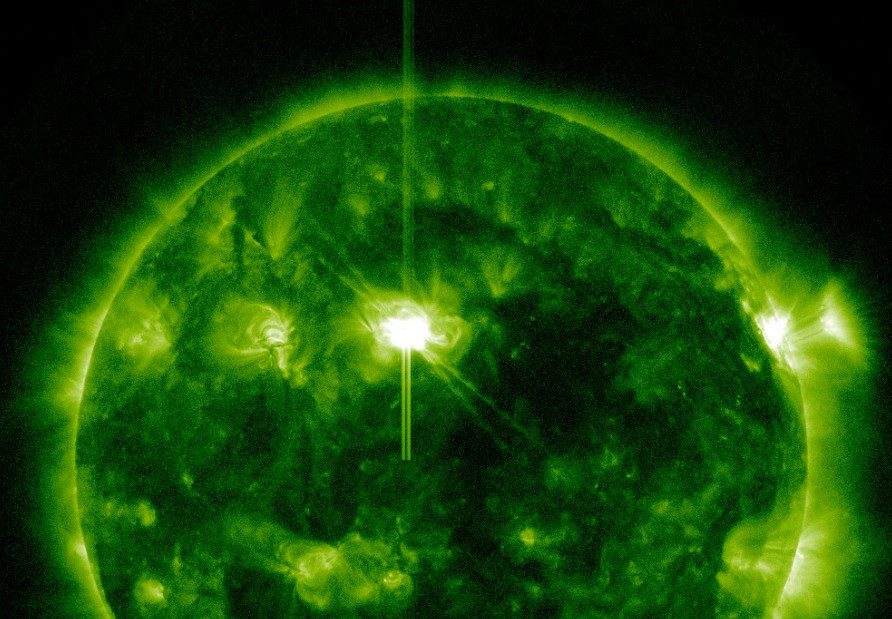 A moderate M2.8 Solar Flare peaked at 15:21 on March 14, UTC, and was centered around Sunspot 1432 located towards the middle of the visible solar disk. Slow moving CME plasma cloud is seen in the latest STEREO Behind COR images and may be partially headed this way.

Solar activity has been moderate with a pair of M-Class flares detected around Sunspot 1432. Active region 1429 is now located on the northwest limb and will soon be out of direct Earth view. New sunspot growth appears to be taking place to the west of Sunspot 1434 in the southern hemisphere. There will remain the chance for C-Class flares and perhaps another M-Class event on Thursday, March 15.