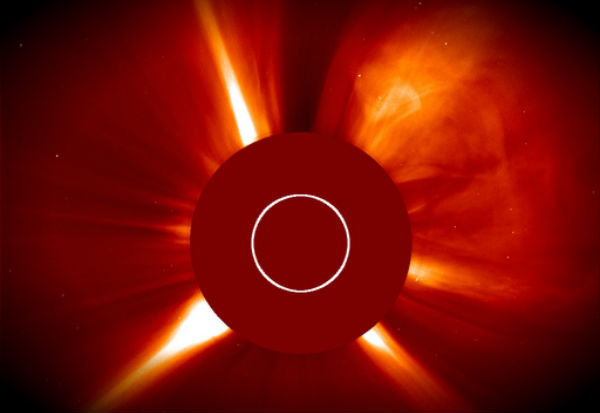 A Coronal Mass Ejection (CME) is seen in the latest STEREO Ahead COR2 images on Thursday morning, and the source appears to be a filament channel eruption near region 1419 in the northwest quadrant. After a close look, the expanding cloud appears to be directed mostly to the west, however more data will be needed to determine if there will be an earthward component. (CME Forecast) 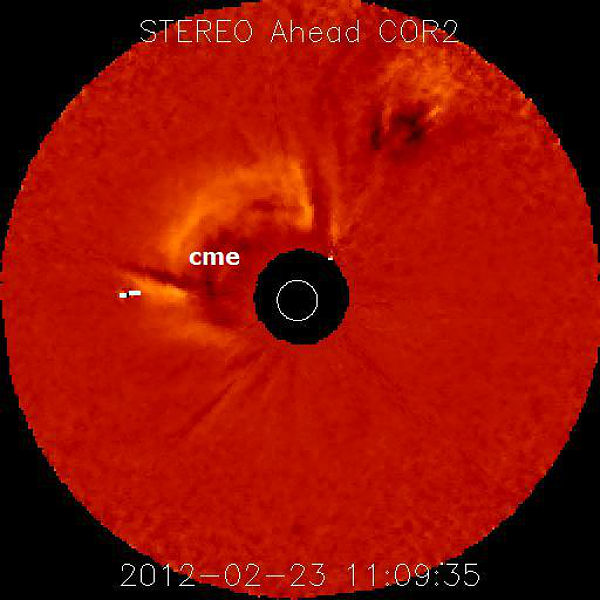 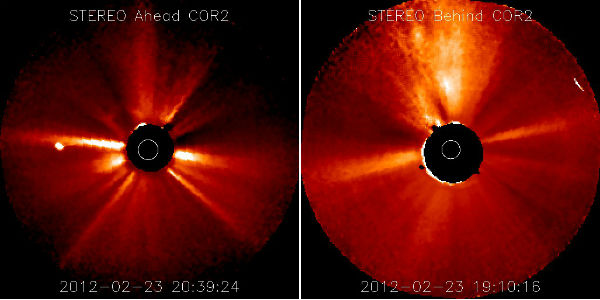 Images of CME from STEREO Ahead and Behind (Source: STEREO)

Sunspot 1422 remains the largest visible sunspot with chances for C-class flares. Old Sunspot 1410 is now rotating back into view on the northeast limb. It appears to be an alpha region and the chances for moderate solar flares will remain very low. A new region is rotating onto the visible disk. For now it appears to be a single stable spot.

Joint USAF/NOAA Report of Solar and Geophysical Activity (22 Feb 2012)
Solar activity was very low. There were two B-class flares during the last 24 hours. The largest of these was a B5 at 1937Z from Region 1422 (N15W38). Region 1422 has shown steady decay during the period. Solar activity is expected to be very low. There is a chance, however, for an isolated C-class flare. The geomagnetic field has been at quiet to unsettled levels. A weak shock was observed at the ACE spacecraft at 22/0120Z and was followed by a sudden impulse of 20 nT at 22/0223Z at the Boulder magnetometer. Somewhat later in the day a solar sector boundary crossing was observed (22/0815Z) and was followed by a marked increase in solar wind velocity, indicative of the onset of a high-speed stream from a coronal hole.
The geomagnetic field is expected to be quiet to unsettled with a chance for isolated active periods during the next 24 hours as effects from the high-speed stream persist. Predominantly quiet levels are expected for the second and third days (24-25 February).