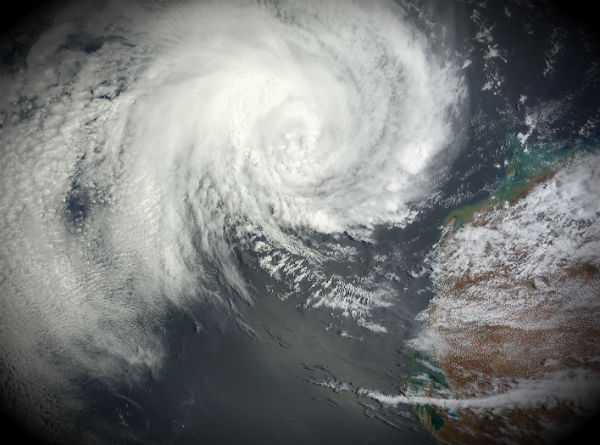 Tropical Cyclone Iggy skirted the western coast of Australia, churning the waters of the southeast Indian Ocean. The storm was first reported as an area of convection with a weak low-level circulation on January 21. By January 24, the depression had formed into a tropical low centered 720 kilometers (450 mi) northwest of Exmouth, moving west at 23 km/h (14 mph). Although the storm itself posed no danger, Iggy cyclone spawned a cluster of tornadoes over Indonesia, which were reported to have damaged nearly 1,000 homes, with seven people killed and 51 people reported injured.

Early on January 26, the system began to strengthen as it headed slowly towards the Pilbara coast. By January 27, the wind speed of Tropical Cyclone Iggy reached Category 2 on the Saffir-Simpson Hurricane Wind sale, causing a cyclone warning to be issued for sections of the Australian coastland. The storm stalled and weakened on January 29, and was downgraded to a Category 1 cyclone. By January 30, the day this image was captured, the storm was showing signs of strengthening and was moving slowly forward, skirting the coast line and bringing no immediate threat to land. 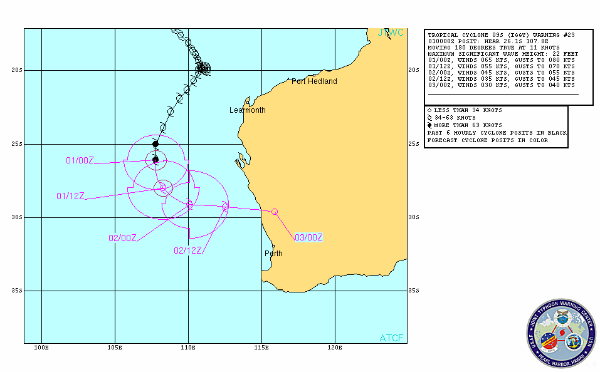 At 10:00 p.m. EST on January 31, the Joint Typhoon Warning Center (JTWC) reported that Cyclone Iggy was now packing winds at 65 knots (120 km/ho or 74.5 mph), making it a weakening Category 1 storm. Iggy is predicted to recurve into the mid-latitude westerly flow over the next 12 hours, then head towards the coastline north of Perth. Conditions are favorable for a brief surge in energy, but Iggy will soon move over cooler (24 degree Celsius) water and into a higher vertical wind shear, causing weakening before making landfall on February 3. Once on land, Tropical Cyclone Iggy is forecast to dissipate quickly, with minimal damage to property or lives anticipated. (MODIS) 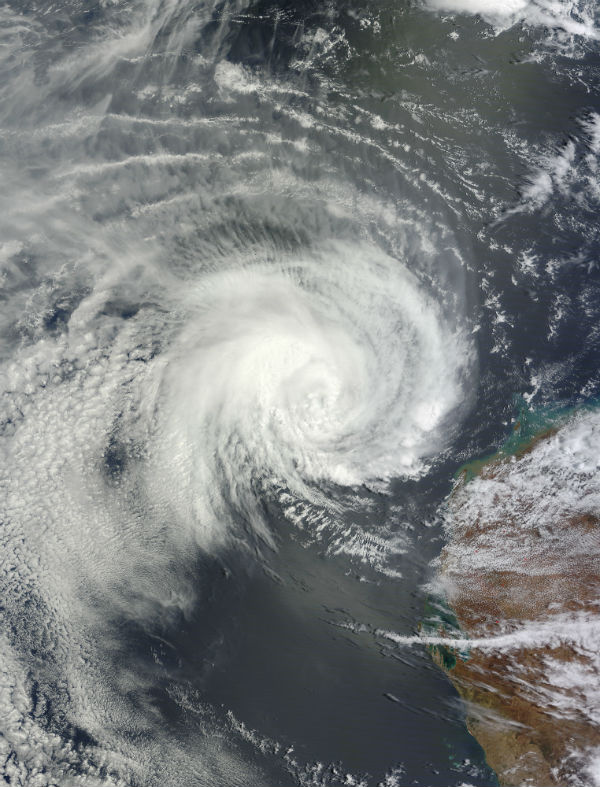