A 5.8 magnitude strong shallow earthquake shook the lower South Island of New Zealand, 180km southwest of the town Tuatapereat at 7.48pm local time (06:48:48 UTC). GeoNet reported the quake stuck at a depth of 12km. No tsunami alert was issued.

Acting Senior Sergeant Deon McNaught, of the Invercargill police, said the "20 to 30 second" quake was "a sway rather than a sharp shake". 'We've had no reports of damage." Waiau Hotel owner Dorothy Donald was sitting on a chair and felt a "little wobble", but only a few felt it at the Tuatapere establishment. Six people from Christchurch, in town to walk the Hump Ridge Track, all felt it, she said. (NzHerald) 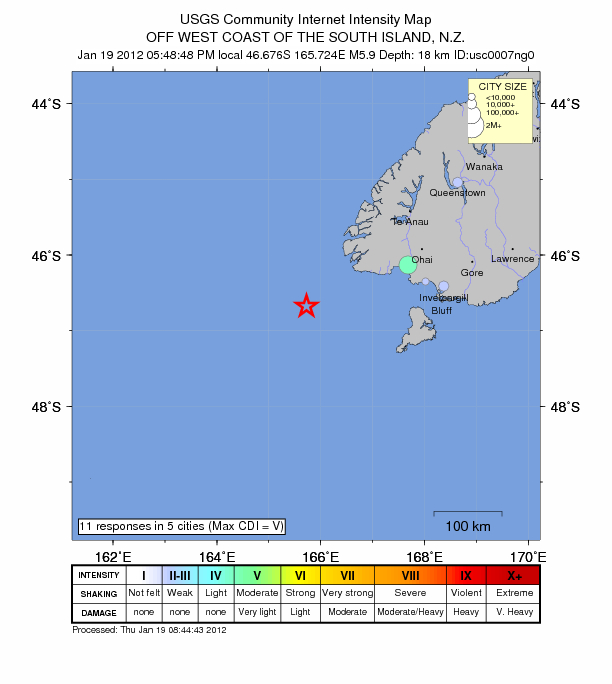