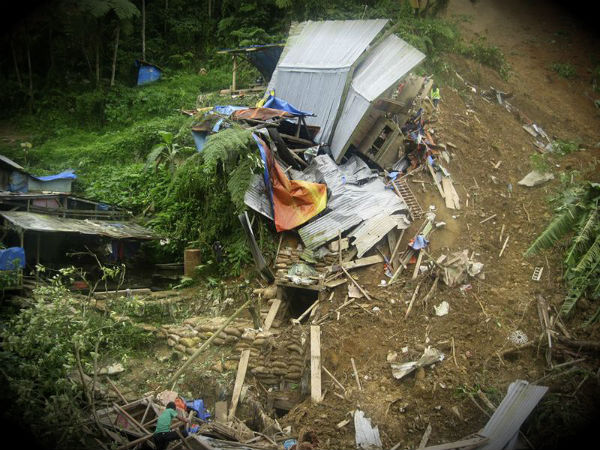 A landslide hit mining site in Compostela Valley in a remote area of the southern Philippines. Rescuers recovered 25 dead bodies from the gold-rich village Panganason, a hinterland barangay in Pantukan town. The mountainside in Napnapan village in Pantukan township collapsed around 3 a.m., when most residents were asleep, sweeping away about 50 houses, shanties and other buildings, officials said. The landslide happened around 3 a.m., according to a statement from the Philippine National Disaster Risk Reduction and Management Council. It is the latest natural disaster to strike the island of Mindanao after a tropical storm killed more than 1,200 people there last month. Heavy downpour brought about by the hovering Low Pressure Area (LPA) in Mindanao may have caused the mining site to collapse, burying dozens of shanties above it. 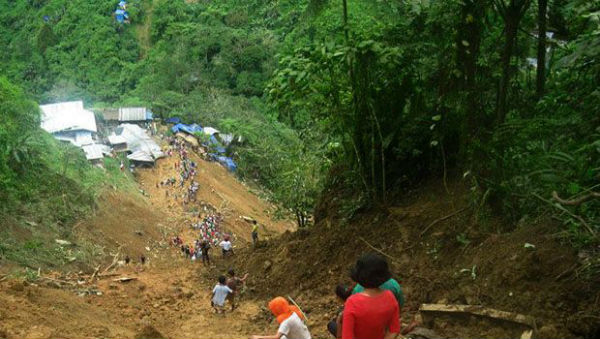 The weather again appears to have played a part in Thursday’s disaster, which took place in an area where small-scale miners go in search of gold. Almost constant rain since mid-December had left the soil heavily waterlogged. The area has already been declared as a geo-hazard site last October. The incident was the second landslide to hit the area in less than a year. In April 2010, at least 20 people died when parts of a mountain collapsed, burying houses above it. (PhilStar)

Meantime, authorities are tightly monitoring the level of rivers criss-crossing several towns in Maguindanao and Cotabato City as they could swell fast during heavy downpour. 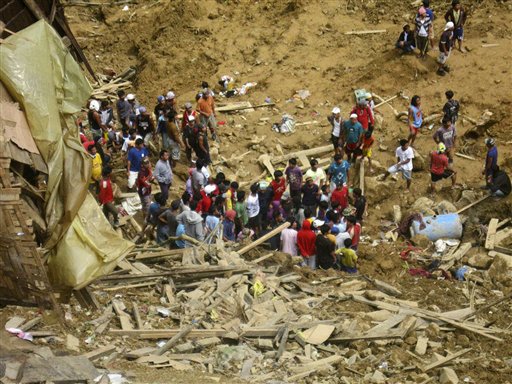 Environment and Natural Resources Secretary Ramon Paje said he had warned residents and local officials last year of a fissure on a ridge of the mountain that geologists said was “highly susceptible” to landslides that could occur anytime. The fissure discovered last year has been aggravated by rainwater saturation and continuous diggings by the miners.