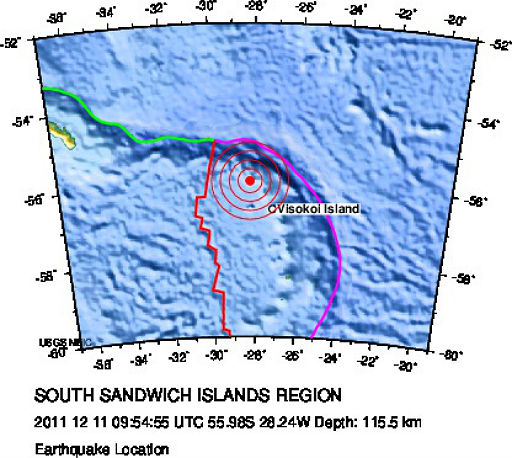 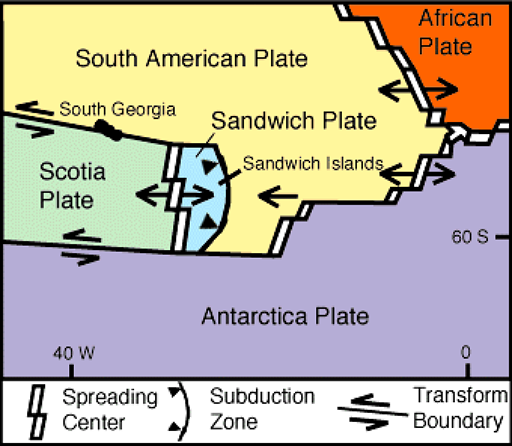 Mount Hodson is located on Visokoi Island, 56 km to the east of Leskov Island and 47 km southeast of Zavodski Island. The volcano rises 1005 m above sea level ('visokoi' means 'high' in Russian). Plumes were seen above the volcano in 1830 and 1930. (New Submarine Volcanoes discovered in the South Sandwich Islands - Science Thoughts)