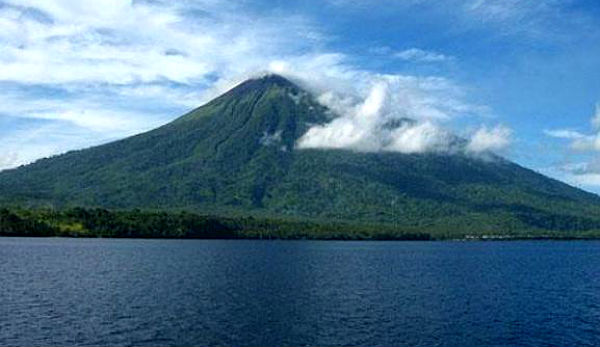 Mt. Gamalama volcano burst to life on Sunday in a blast that dusted villages and sent thousands of people to flight on the Indonesian island of Ternate. There were no immediate reports of casualties but the eruption apparently did cause some panic among residents of the island Ternate. Mount Gamalama volcano in Indonesia’s remote North Maluku province erupted at 23:00 local time on Sunday (1400 GMT), according to local news. Some parts of the provincial capital city of Ternate were covered by ash rain and blackout was occurred at the foot of the volcano. According to EarthquakeReport, the disturbing Images of the Indonesian TV are showing people running away from there houses and ash flooding in villages. The weather is really bad in the area and actual footage of the eruption itself is not yet published. Historic eruptions of the Gamalama volcano (Gunung Gamalama)

The blast also forced the local airport to close as a precautionary measure. No ash seems to be visible on satellite imaginary: the VAAC Darwin has not issued any advisories, suggesting that the eruption is small. On the other hand, ash is difficult to detect in tropical areas with heavy cloud cover. Sultan Babullah Airport in the city were closed. Because volcanic ash feared could endanger the flight. “It has been issued Notice To Airmen (NOTAM) No WRRR-C0932/11 that Sultan Babullah Airport was closed since 6:00 pm local time until 6:00 o’clock tomorrow morning,” said Head of Public Puskom Ministry of Transportation, Bambang S Ervan , told AFP on Monday (5/12/2011). 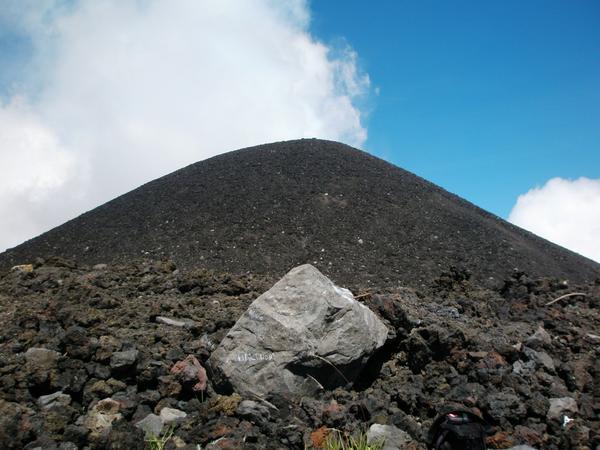 Local media Detik.com reports that one hour before erupting on Sunday night, the status of Mount Gamalama increased from alert to standby. Alert status has been applied to volcanoes in Ternate, North Maluku, since 2008.

According to Global Volcanism Program Mt.Gamalana has 9 craters: Arfat Crater, Madiena, K1, K2, K3, K4, Laguna Lake, Tolire Jaha and Tolire Kecil. 3 cones, progressively younger to the north, form the summit of Gamalama volcano. Several maars and vents define a rift zone, parallel to the Halmahera island arc, that cuts the volcano. The 1,715-meter (5,627-foot) Gamalama Volcano forms the bulwark of Ternate. Gamalama last erupted in 2003, according to Darno Lamane, a scientist monitoring the mountain. On 31 July, a series of strong explosions occurred, producing ash plumes up to 2 km above the crater. A pyroclastic flow traveled down Togorar valley on the NE flank of Gamalama volcano. This video shows last year’s eruption:

In addition to this mountain, there’s Mount Gamkonora in West Halmahera District, Mountain and Mount Dakona Mother residing in North Halmahera, and Mount Kiebesi in South Halmahera. Gamalama mountain has a height of about 1715 meters above sea level.