A group of scientists discovered threat to climate change posed by thawing permafrost, which could release stocks of stored carbon, is greater than estimated. The study, published in the British journal Nature, coincides with a 12-day UN conference on climate change, unfolding in Durban, South Africa. It touches on one of the biggest sources of concern, but also a major area of uncertainty, in climate science.

In their article, 41 international scientists who work in the Permafrost Carbon Research Network said the potential stocks of stored carbon were bigger than thought. This is because of a fresh look at how the inventory is calculated, they explained. Until now, experts measured carbon in the top one metre (3.25 feet) of permafrost, but in some places, the deposits are many times deeper because of the freeze-thaw cycle and the way organic sediment is deposited. 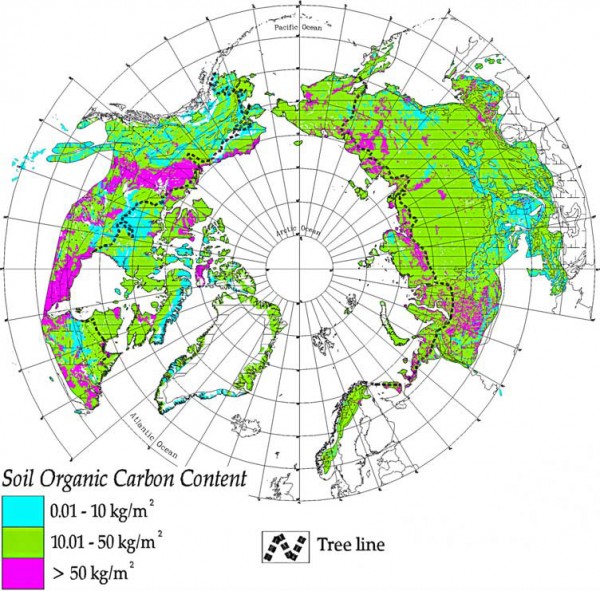 Scientists point that by 2100, the amount of carbon released by permafrost loss could be "1.7-5.2 times larger than those reported," depending on how swiftly Earth's surface warms. In volume terms, this is about the same as the amount of greenhouse gases released today from deforestation. But the impact on climate could be 2.5 times greater, as much of the gas will be methane, which is 25 times more efficient at trapping solar heat than carbon dioxide (CO2), they said.

Permanently iced land covers around a quarter of the land in the northern hemisphere. In essence, it is a carbon store, holding in icy stasis the organic remains of plants and animals that died millions of years ago. The worry is that as temperatures rise, the soils defrost, microbes decompose the ancient carbon and release methane and CO2 to the atmosphere. Documented evidence suggests this is already happening in parts of the tundra and at the perimeter of ice lakes. Release of the gas adds to the greenhouse effect, which stokes warming and thus causes more permafrost to thaw -  in other words, a vicious circle, or "positive feedback" in climate-speak, results.  Deforestation today accounts for up to 20 percent of total greenhouse-gas emissions that contribute to global warming. 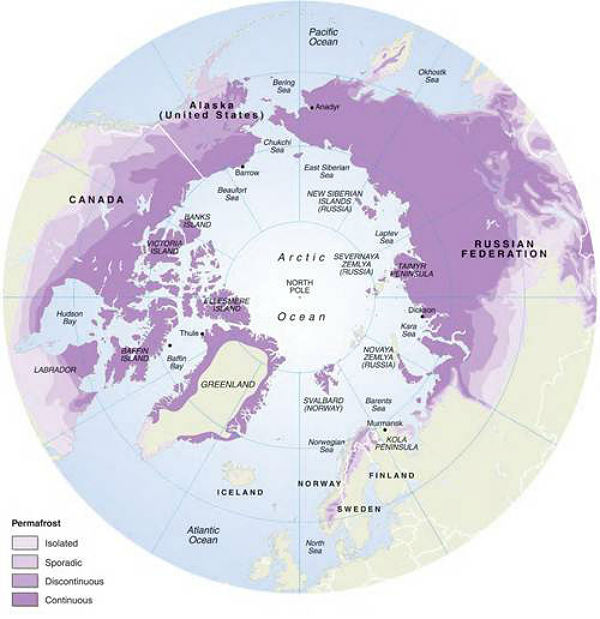 The latest estimate is that some 18.8 million square kilometers (7.25 million square miles) of northern soils hold about 1,700 billion tonnes of organic carbon. That is about four times more than all the carbon emitted by human activity in modern times and twice as much as is present in the atmosphere now.

Only part of this carbon would be released, depending on the scenario for warming. The team used four well-known scenarios. The lowest saw 1.5 degrees Celsius (2.7 degrees Fahrenheit) of Arctic warming by 2040 compared to the average for 1985-2004, which ramped up to 2 C (3.6 F) by 2100. (TerraDaily)

Permafrost and Methane 3: Vulnerability of Permafrost Carbon to Climate Change

Dynamics of Permafrost Degradation-Impacts and Feedbacks 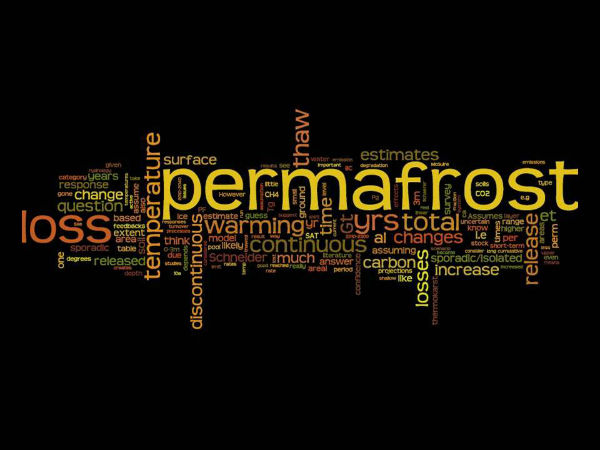