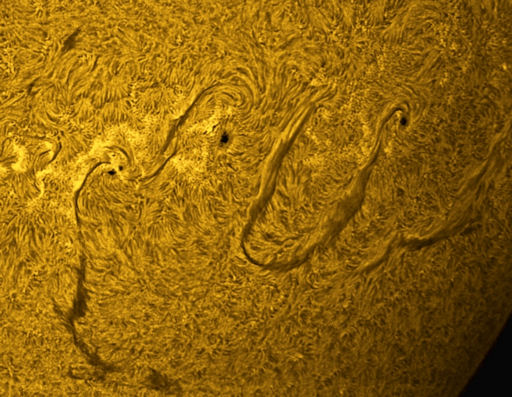 A line of sunspots stretching across the sun’s northern hemisphere appears to be an independent sequence of dark cores. A telescope tuned to the red glow of solar hydrogen, however, reveals something different. The sunspots are connected by sinuous filaments of magnetism.

While each sunspot individually poses little threat for strong solar flares, an instability in one could start a chain reaction involving all, leading to a widespread eruption. 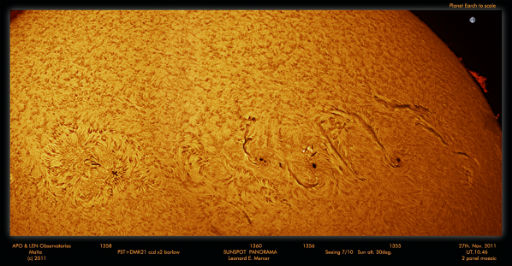 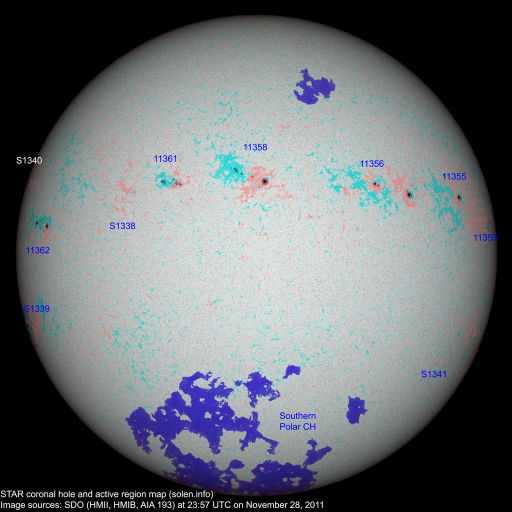 Solar activity is expected to continue at low levels with a slight chance for an M-class flare. 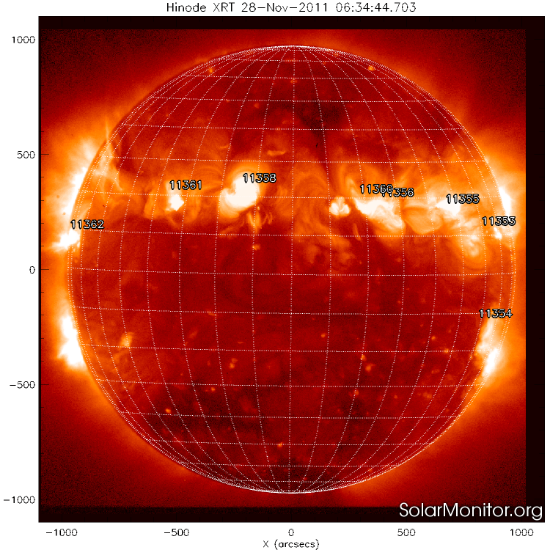 On August 1, 2010, an entire hemisphere of the sun erupted. Filaments of magnetism snapped and exploded, shock waves raced across the stellar surface, billion-ton clouds of hot gas billowed into space. Explosions on the sun are not localized or isolated events. Instead, solar activity is interconnected by magnetism over breathtaking distances. Solar flares, tsunamis, coronal mass ejections – they can go off all at once, hundreds of thousands of miles apart, in a dizzyingly-complex concert of mayhem. This revelation increases the work load for space weather forecasters, but it also increases the potential accuracy of their forecasts. 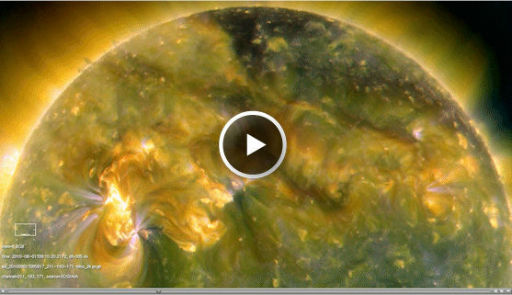 Scientist saw that all the events of substantial coronal activity were connected by a wide-ranging system of separatrices, separators, and quasi-separatrix layers. A “separatrix” is a magnetic fault zone where small changes in surrounding plasma currents can set off big electromagnetic storms.

The global character of solar activity can no longer be ignored. (NASA ScienceNews)