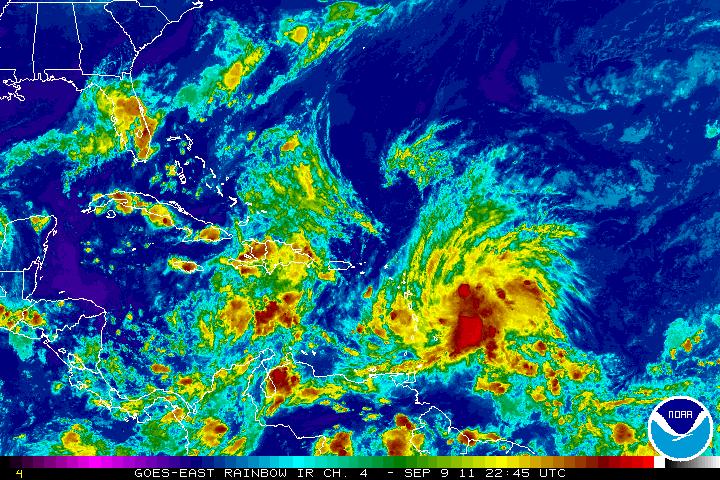 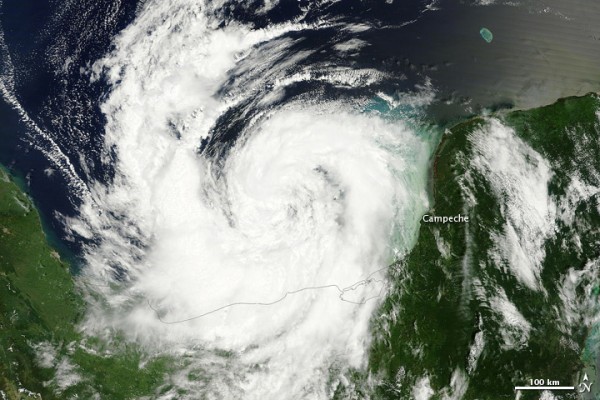 Upwelling, dry air and proximity to land were limiting the intensity of Nate. When a storm sits over the same area in water, wave action brings colder water up from the depths. Since tropical systems need warm water to survive, the cold water leads to weakening.

Dry air was wrapping around from the desert-like areas of Texas and Mexico, and being drawn into the circulation. The dry air was cutting off the storm’s moisture supply. Nate is so close to land in Mexico, that it is disrupting the wind flow of the storm. This is  bad news for Texas and good and bad news for parts of Mexico. (AccuWeather) 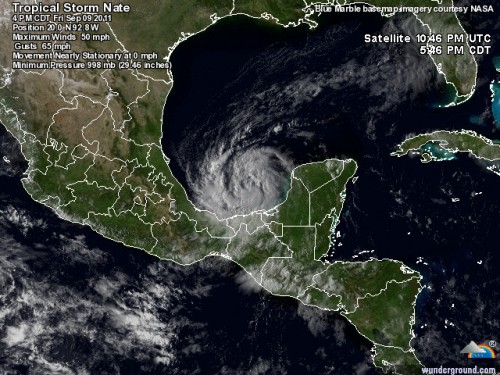 The forward speed of Maria has slowed, but wind shear is negatively affecting the storm. This should prevent any rapid strengthening this weekend, although some fluctuations in intensity can occur.

The system should be influenced by the rim of Atlantic high pressure and re-curve out to the northeast before reaching the U.S. later next week. Maria is expected to track farther west than Katia, but east of Irene. Maria could still interact with other weather systems to the west, such as a front or trough of low pressure. Such a setup contributed to the heavy rainfall in the mid-Atlantic this week.

Maria will bring rough seas, bursts of heavy rain and gust winds across the Leewards, British and U.S Virgin Islands and into Puerto Rico this weekend. Next up for tropical storm conditions would be the Turks and Caicos Islands and part of the Bahamas early next week. (AccuWeather) 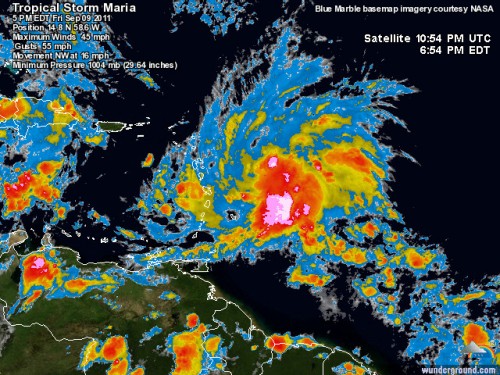 One week after Hurricane Irene battered the East Coast of the United States with damaging winds and flooding rain, a less-touted, plodding storm system soaked the eastern half of the country with more rain than its predecessor, and over a wider area. Tropical Storm Lee had a short official life as a named storm, but its effects lasted nearly a week.

Officially declared a tropical storm late on September 2, Lee reached its peak sustained winds of 57 miles (92 kilometers) per hour—well below hurricane force—on September 3 before making landfall on the Gulf Coast. By September 5, the storm was no longer a tropical depression, yet it was only beginning its march from Louisiana to soggy New England and the Mid-Atlantic. 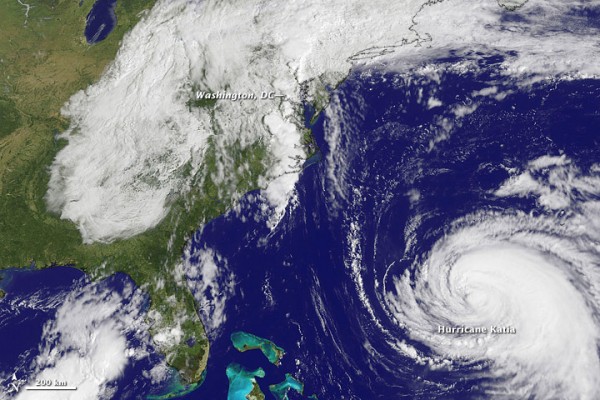 As Lee moved north and east, it merged with a stalled frontal system. Meanwhile, Hurricane Katia was pushing north and west over the Atlantic, and blocking Lee from quickly moving east and offshore. The two storms aligned to pull copious amounts of moisture from the Gulf of Mexico and the Atlantic.

A meteorologist with the National Weather Service in Binghamton, New York, summed it up this way on September 7:

{There is a > bad combo of ingredients in place to continue very heavy rainfall. A closed upper low continues to spin over the Ohio Valley, with a deep southerly fetch along the eastern seaboard, only adding to the moisture in place from the remains of Tropical Storm Lee. Water vapor loops show tropical moisture from distant Hurricane Katia getting steered all the way into the rain area.

The U.K. and parts of Northwest Europe will feel the wrath of Katia by the start of next week.

Hurricane Katia will sweep across the North Atlantic Ocean Saturday, then clip the British Archipelago as it becomes a powerful extratropical storm Sunday night to Tuesday. Katia’s gales and slashing rain will overspread Ireland and Scotland late Sunday and early Monday, persisting through Tuesday. Hurricane gusts will be possible, with the greatest threat along northern shores and over hills.

Strong winds with gale-force gusts will also whip England and Wales, where some rain will also fall.

On the European mainland, northernmost France through the Netherlands and Denmark will be windswept with some rain owing to Katia. But western Norway will fare worse, having gales and drenching rainfall early next week.

Prior to crossing the cold waters of the North Atlantic, Katia will pass well to the east of Nova Scotia and Newfoundland, Canada Friday and Friday night. (AccuWeather) 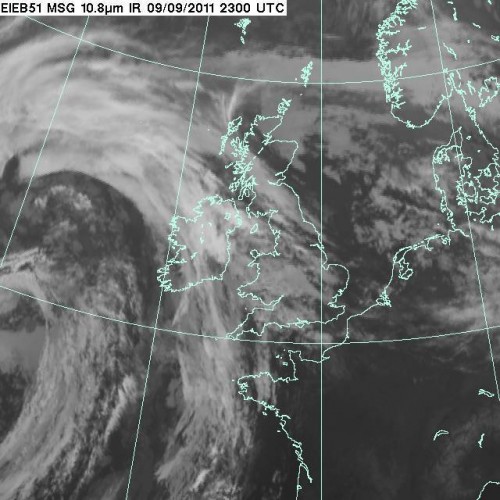 Later on Sunday and into Monday, post Tropical Storm Katia is expected to approach the UK, bringing the risk of severe gales and storm force winds in places. The predicted high winds could coincide with high tides and western coasts in particular could be at risk from localised flooding. (MetOffice) 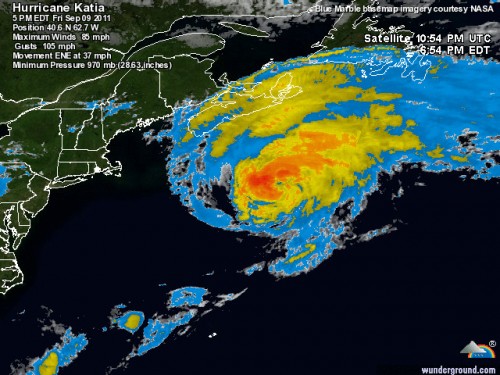