New sunspot is emerging over the Sun's northeastern limb

A big new sunspot is emerging over the sun's northeastern limb. AR1271 has at least four dark cores and it is crackling with small flares. The sunspot's entrance was captured in this 24-hour movie from the Solar Dynamics Observatory: 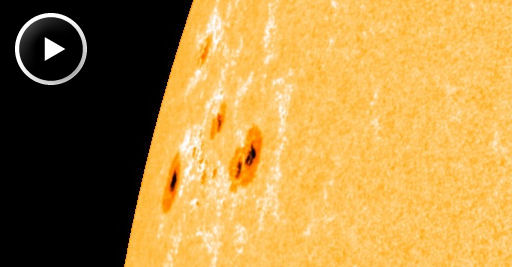 NOAA forecasters estimate a 60% chance of M-class solar flares during the next 24 hours. Because of its location near the sun's limb, AR1271 does not yet pose a threat for Earth-directed eruptions. This could change in the days ahead, however, as the sunspot turns to face our planet. (SpaceWeather) 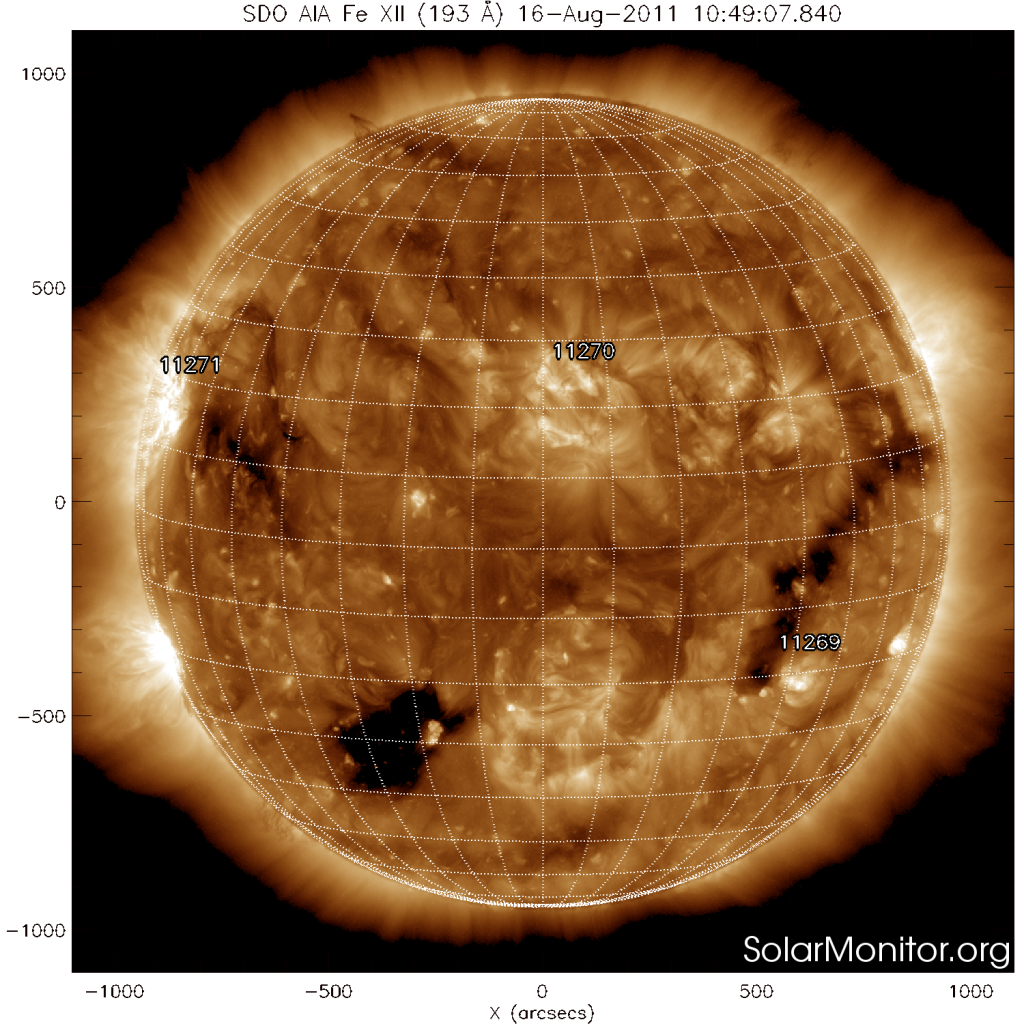 The geomagnetic field was quiet to active during the past 24 hours with a brief minor storm period at Boulder from 15/0000 - 0300Z, under the continued influence of a coronal hole high speed stream. ACE solar wind data indicated velocities up to 560 km/s, density up to 9 p/cc, and the southward component of the IMF (Bz) down to -9 nT.

The geomagnetic field is expected to be quiet to unsettled with a chance for active conditions on days 1 and 2 (16-17 Aug). Day 3 (18 Aug) is expected to return to quiet levels as effects from the coronal hole high speed stream begin to wane.