A volcano that has been spewing lava and clouds of searing gas high into the air let out a new, powerful burst Monday, sending panicked villagers streaming down the sides of the mountain.
Mount Karangetang on Siau - part of the Sulawesi island chain - started spitting clouds of gas and lava up to 600 meters on Friday. Early on Monday, hot ash tumbled down its slopes triggering fresh panic. Nearly 600 people living along Karangetang's slopes have been evacuated.

The 1,784-meter mountain is one of about 129 active volcanoes in Indonesia. It's last big eruption was in August, killing four people. 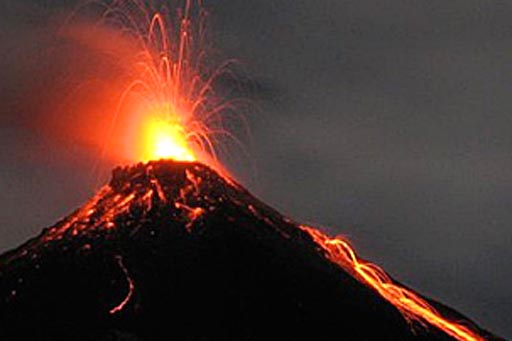 Indonesia lies on the Pacific "Ring of Fire," an arc of volcanos and fault lines encircling the Pacific Basin. (JakartaGlobe)