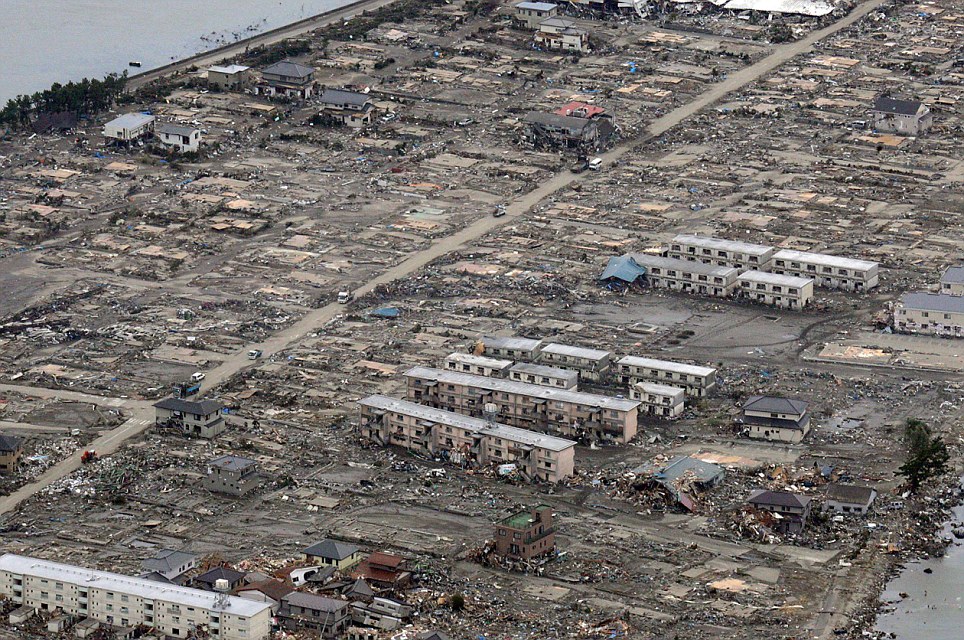 Representing the first time the substance has been detected at the crippled plant, the Tokyo Electric Power Company (TEPCO) reported on Sunday that seawater and groundwater samples taken near the ravaged Fukushima Daiichi nuclear power facility in Japan have tested positive for radioactive strontium. And according to a recent report inThe Japan Times, levels of strontium detected were up to 240 times over the legal limit, indicating a serious environmental and health threat.

Radioactive strontium, which is known to accumulate in bones and eventually lead to diseases like cancer and leukemia, is one of at least three “hot particles” being continually released by the damaged plant, according to experts. The others include radioactive cesium and plutonium, both of which are implicated in causing birth defects, cancer, and death.

“We are discovering hot particles everywhere in Japan, even in Tokyo,” said Arnold Gundersen, a former nuclear industry senior vice president with 39 years of nuclear engineering experience, to Al Jazeera. “Scientists are finding these everywhere. Over the last 90 days these hot particles have continued to fall and are being deposited in high concentrations. A lot of people are picking these up in car engine air filters.”

TEPCO has allegedly installed a new water decontamination system that it claims will eventually help filter dangerous radioactive isotopes from polluted water, and thus limit environmental and human exposure to the poisons. But that system has already run into several problems as flow rates have been lower than intended.

“Fukushima has three nuclear reactors exposed and four fuel cores exposed,” added Gundersen. “You probably have the equivalent of 20 nuclear reactor cores because of the fuel cores, and they are all in desperate need of being cooled, and there is no means to cool them effectively.”

Al Jazeera also reports that a nuclear waste advisor to the Japanese government recently explained that roughly 966 square kilometers (km), or 600 square miles, around Fukushima are now uninhabitable due to the unfolding disaster. This massive dead zone area is the equivalent size of 17 Manhattans placed next to each other.