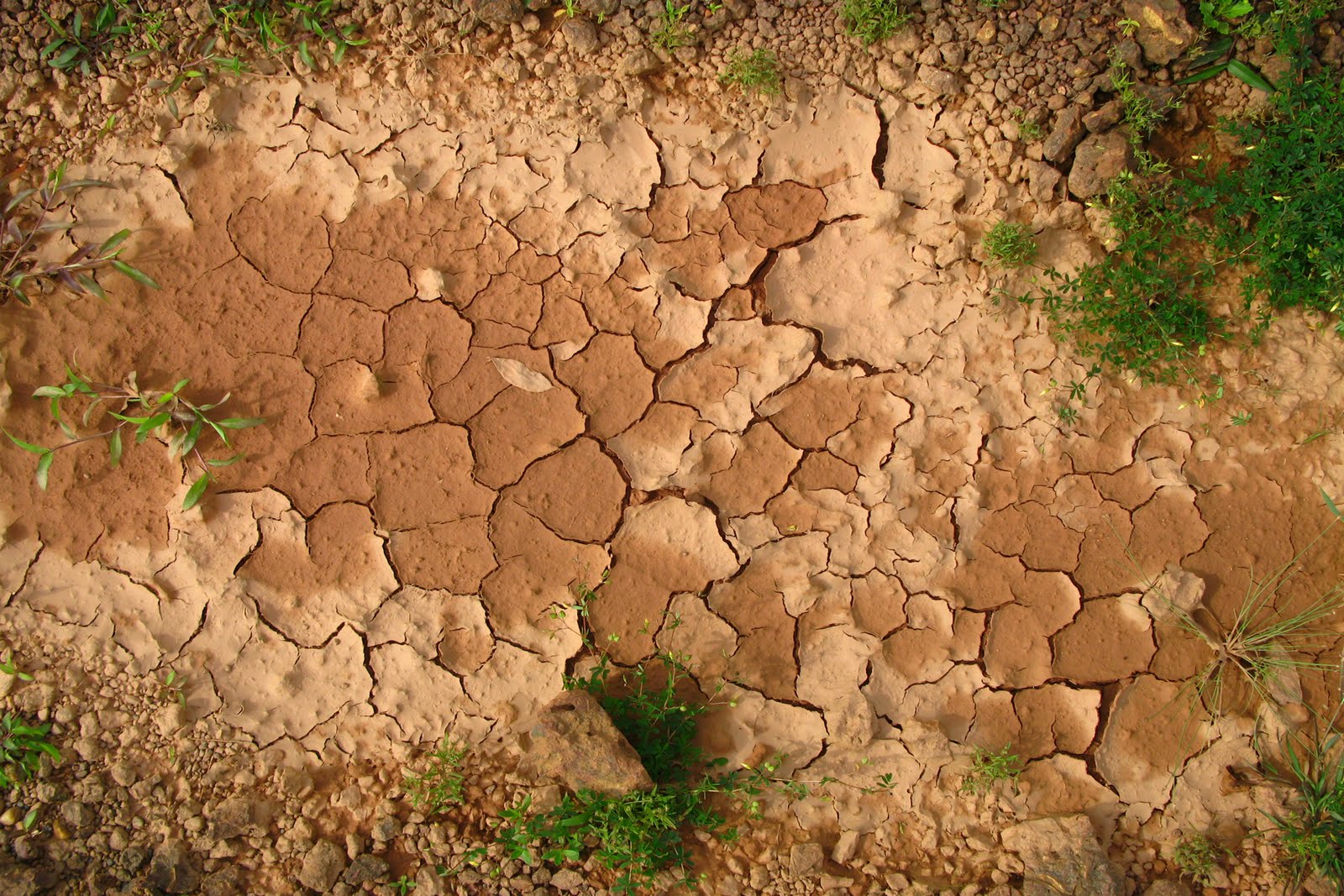 Traditional Easter fairs in the east and the north of the Netherlands have been cancelled because of the risk of fires posed by the extraordinarily dry weather affecting northern Europe. In the eastern half of the country, one of Europe’s biggest traders, outdoor family barbecues, smoking and camp fires are a strict no-no.

In the Swiss canton of Zurich, officials began moving trout this week from the river Toess before their habitat dried up. This year threatens to bring “one of the most significant droughts since 1864,” the year when records began in Switzerland. The drought in western Switzerland over the last 12 months is as severe as those recorded in 1884 and 1921. Several cantons have also imposed bans on lighting fire in and close to forests. A grass shortage could also lead to a fodder shortfall for next winter. Once the cows have fed on this spring’s first greens, there may be little left for coming months. 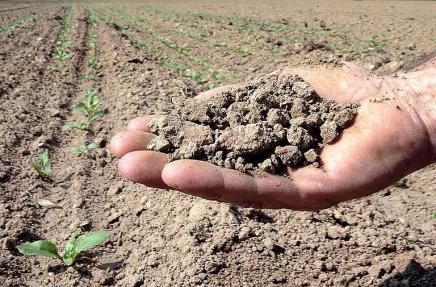 While the Czech Republic, Slovakia and the Baltic states of northeastern Europe are not reporting drought, the British Met Office warns it has been “incredibly dry in many parts in March and April.”

Rainfall is at 40 percent of normal levels, and England and Wales had the driest March in more than a century. Soon, if the hot, dry spell continues, water use restrictions will be forced on residents and companies there.

Six out of 10 French reservoirs are holding water levels far below what is normal, meaning similar irrigation controls are likely there.

March was already extremely volatile for grains, largely due to growing economic uncertainties and the turmoil in North Africa and parts of the Near East – as well as the Japanese earthquake and tsunami, the Food and Agriculture Organization said after logging a first, slight drop in raw food prices for eight months. Prices hit record highs at the beginning of the year, and while the main focus for specialist traders is in the United States, a deteriorating drought in Europe could yet spark deep concern.

While European Commission agriculture spokesman Roger Waite acknowledges a “slight” rise in the prices of maize and wheat, he maintained that winter crops remain “generally in good condition. Farmers warning that everything with short roots is seriously dehidrated. (News.yahoo) 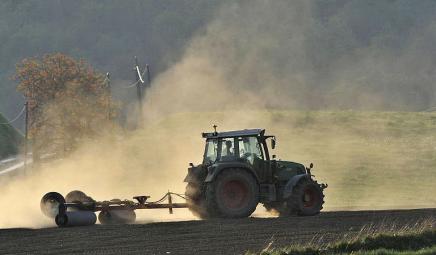 Restrictions could be imposed on farmers extracting water from rivers in the next few weeks, should the current dry spell continue, the government has warned, after new figures showed that many river levels in England and Wales are “exceptionally low” for the time of year.

As some water companies began to replenish reservoirs from rivers, the Environment Agency reported that south-east England had received only 2.3mm of rain so far this month – just 6% of the long-term average. It comes on top of the driest March in nearly 50 years in many places. In Cambridgeshire, just 3.5mm of rain fell during March, making it the driest year in the region since 1929. In the past month, England and Wales has received only 18% of the long-term average rainfall and two-thirds of rivers in the region are below normal levels.

Water use typically rockets in warm spells and this is at the time when river wildlife, species such as trout, salmon, kingfishers and water voles, need it most to survive. Low river levels affect the health of freshwater bugs, plants and fish that can have disastrous affects all the way up the food chain. (Guardian) 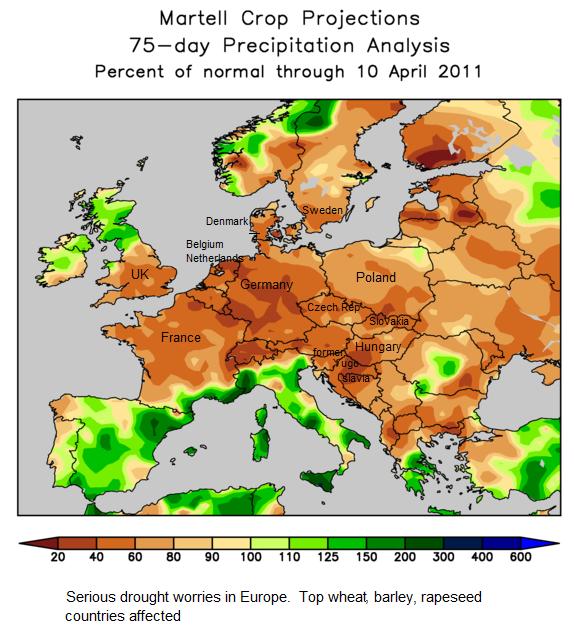 Drought is a sustained and regionally extensive occurrence of below average natural water availability. Drought affects all components of the water cycle from a deficit in soil moisture, through reduced groundwater recharge and levels, and to low streamflows or dried up rivers. It is a reoccurring and worldwide phenomenon, with spatial and temporal characteristics that vary significantly from one region to another. Drought has wide ranging social, environmental and economic impacts. The most severe social consequences of drought are, however, found in arid or semi-arid regions where the availability of water is already low under normal conditions. Drought should not be confused with aridity, which is a permanent feature of a dry climate. Neither with water scarcity which implies a long-term imbalance of available water resources and demands. Drought research and operational applications have been lagging behind the development in flood related areas. There is thus an urgent need to address emerging issues in drought research and management. The EDC will in this respect interact with the scientific and operational communities as well as policy makers and society to raise the awareness of the drought hazard. (EDC)

Water scarcity and droughts are different phenomena although they are liable to aggravate the impacts of each other. In some regions, the severity and frequency of droughts can lead to water scarcity situations, while overexploitation of available water resources can exacerbate the consequences of droughts. Therefore, attention needs to be paid to the synergies between these two phenomena, especially in river basins affected by water scarcity.

Droughts and water scarcity are increasingly being observed in many regions of Europe, requiring innovative hydrological monitoring, modeling and forecasting approaches to evaluate the complexity of hydrological impacts on both water resources availability and quality.

The success of drought and water scarcity preparedness and mitigation measures depends primarily upon timely information on drought development in time and space and water resources status. It is therefore necessary to improve the predictive skills for droughts and to develop innovative indicators and methodologies for enhancing the early warning capability of drought monitoring and forecasting systems.