A newly formed Tropical Storm "Dumako" is moving W over the Indian Ocean and is expected to make landfall over northern Madagascar on February 15, 2022. Landfall is forecast in an area between Sava and Analanjirofo regions with maximum sustained winds of 85 km/h (50 mph). Dumako is the third named storm of the 2021/22 Southwest Indian Ocean cyclone season.

After making landfall around midday (LT) on February 15, Dumako is expected to move W across northern Madagascar while weakening to a tropical depression.

Authorities have issued Red warnings for the coastal areas in Sava and Analanjirofo regions for heavy rainfall and strong winds.

This is the third tropical cyclone to make landfall in Madagascar in less than a month. Tropical Cyclone "Batsirai" hit the country on February 5, causing huge damage and destruction. As of February 14, the death toll stands at 121.

More than 17 000 houses, 2 000 classrooms and 59 health centers have been destroyed, damaged or flooded across the country. Current analysis mentions 8 200 homes destroyed and 2 700 damaged. 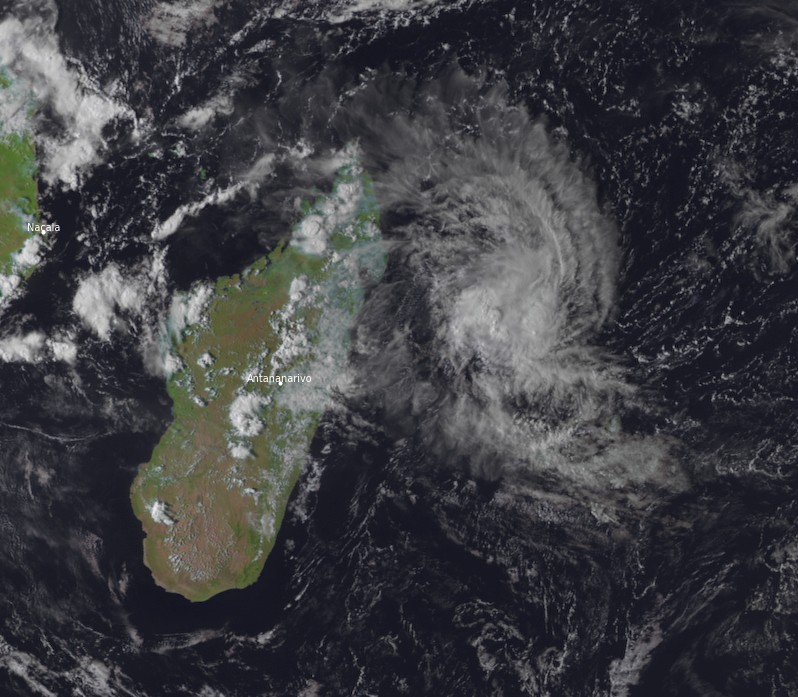 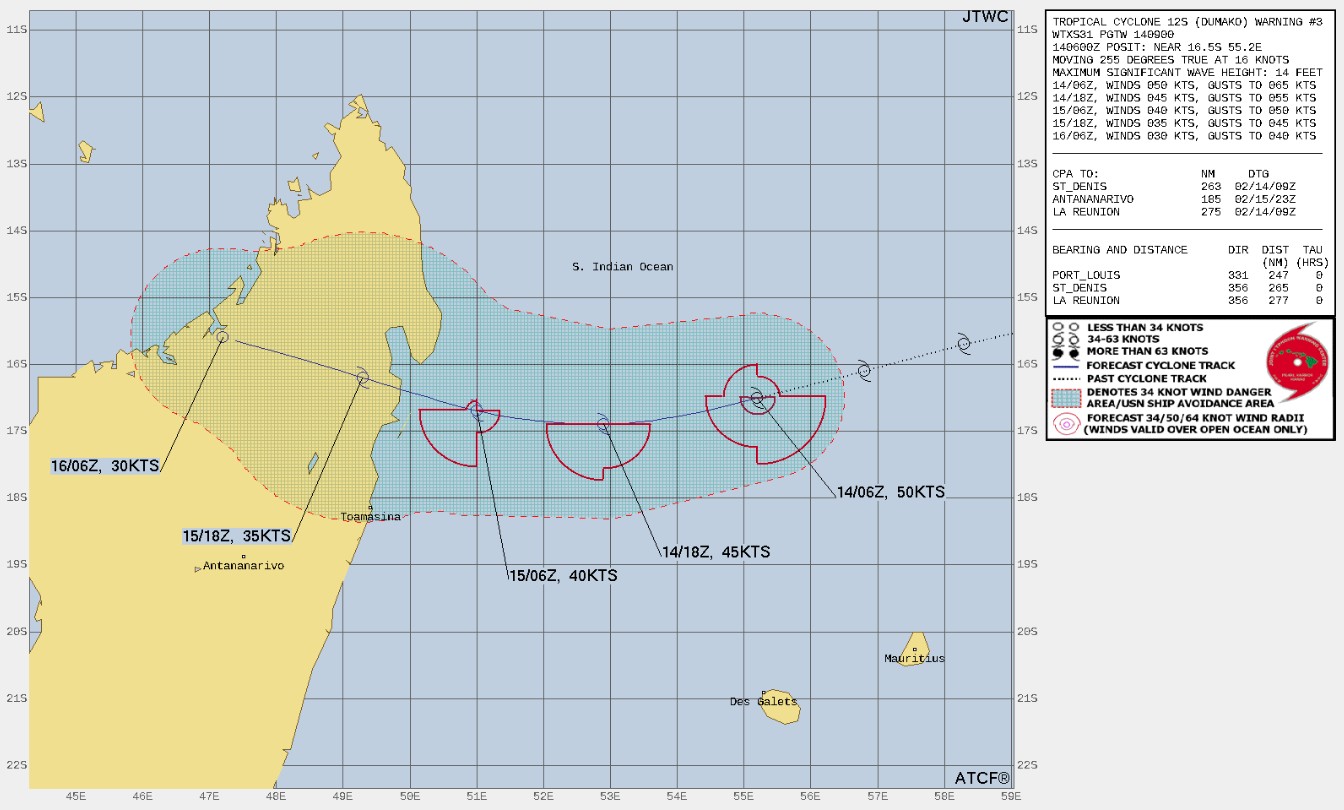 Ana was still a tropical depression when it moved over Madagascar on January 22, further exacerbating severe floods caused by ITCZ since January 17. In the capital Antananarivo, this severe rainfall event dumped several months' worth of rain. January is the wettest month in the capital, with a monthly average of 340 mm (13.39 inches).

Ana made landfall over Mozambique on January 24, and continued moving west over Malawi while weakening and dissipating, but still dumping very heavy rain. It's blamed for the deaths of at least 70 people in Mozambique, Malawi and Madagascar. At one point, entire Malawi was without power.