Tropical Cyclone "Batsirai" made landfall between Nosy-Varika and Mananjary on the east coast of Madagascar around 17:00 UTC on February 5, 2022. At the time of landfall, Batsiari was Category 3 hurricane equivalent on the Saffir-Simpson Hurricane Wind Scale with minimum central pressure of 944 hPa.

While damage assessment is still in progress, Batsirai's destructive winds and heavy rain devastated the landfall area, destroying homes, causing power outages and leaving at least 6 people dead. However, officials fear the number will rise in the days ahead.

The village of Nosy-Varika was reported to be 95% destroyed. Other nearby villages appear to have suffered the same fate. 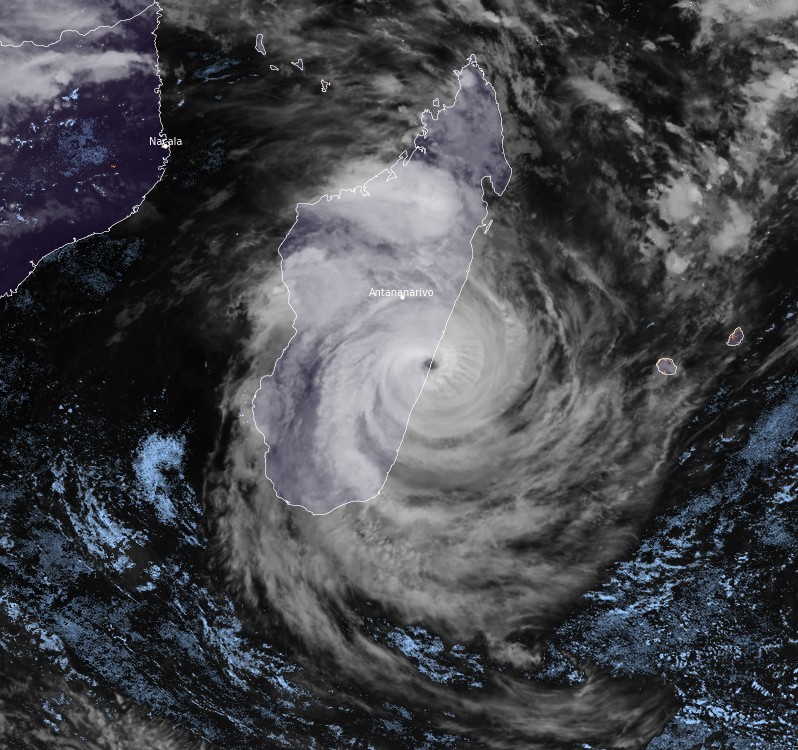 Another resident who gave only one name, Raharijaona, told Reuters also by phone the storm had knocked out the area's power grid, felled trees and destroyed some homes.

Three people were reported dead in South-eastern #Madagascar on Sunday after #cyclone #Batsirai made #landfall, leaving a trail of devastation including collapsed buildings, power cuts and flooding. pic.twitter.com/x6dJh9ouG0

Daylight revealing more destruction from #Batsirai. Yahoo News reports 6+ have died so far & rising. The village of Nosy Varika was reported to be 95% destroyed with other villages being sweep away. Extreme destruction & our hearts go out to the folks affected in #Madagascar pic.twitter.com/eBwQLazMFD

After exiting into the Mozambique Channel, Batsirai is expected to turn S and dissipate.

Batsirai is the second named storm of the 2021/22 Southwest Indian Ocean cyclone season and the second to move over the country within just 2 weeks.

The passage of Tropical Cyclone "Ana" together with the Intertropical Convergence Zone (ITCZ) caused prolonged heavy rains in the country last month, leaving at least 41 people dead and more than 64 000 affected.

Ana was still a tropical depression when it moved over Madagascar on January 22, further exacerbating severe floods caused by ITCZ since January 17.

Ana made landfall over Mozambique on January 24, 2022, and continued moving west over Malawi while weakening and dissipating, but still dumping very heavy rain.

It's blamed for the deaths of at least 70 people in Mozambique, Malawi and Madagascar.2 At one point, entire Malawi was without power.3