Incandescence was observed at the Callaqui volcano in Chile's Biobio region at 00:55 UTC on January 27, 2022. The last eruption of this volcano took place in 1980 (VEI 1).

According to the analysis of images obtained from a fixed camera installed at the Callaqui volcano, the appearance of glow in the southwest sector of the crater is interpreted as an increase in the temperature of the emissions, presenting continuously during the night, the National Geology and Mining Service of Chile (SERNAGEOMIN) reports.1 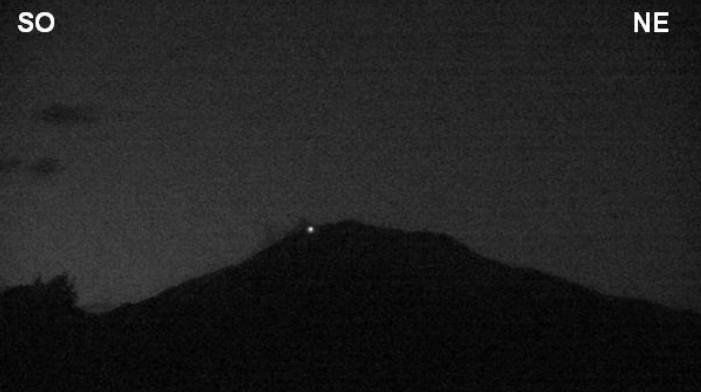 It should be noted that this phenomenon had not been recorded since the installation of fixed cameras at this volcanic system in 2012.

During the day, degassing was observed with greater intensity coinciding with the area where incandescence was observed. Its height reached 380 m (1 246 feet), a value usually recorded at this volcano. 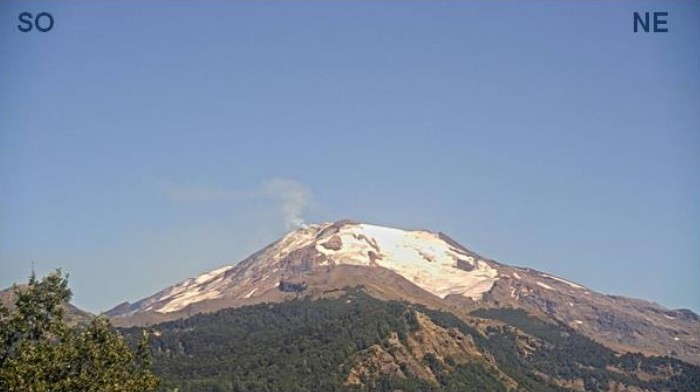 The late-Pleistocene to Holocene Callaqui stratovolcano has a profile of an overturned canoe, due to its construction along an 11 km (6.8 miles) long, SW-NE fissure above a 1.2 – 0.3 million-year-old Pleistocene edifice.

The ice-capped, basaltic-andesite volcano contains well-preserved cones and lava flows, which have traveled up to 14 km (8.7 miles).

Intense solfataric activity occurs at the southern portion of the summit; in 1966 and 1978, red glow was observed in fumarolic areas (Moreno 1985, pers. comm.).

Periods of intense fumarolic activity have dominated, with only a few known historical eruptions.

An explosive eruption was reported in 1751, there were uncertain accounts of eruptions in 1864 and 1937, and small phreatic ash emission was noted in 1980.2