Snowpack over the Sierra has increased dramatically in just 7 days after a series of storms affected the region last week. The sudden change gives California its wettest start to the Water Year (October 1 – September 30) in more than 40 years. A new series of Pacific storms will bring periods of heavy low elevation rain and mountain snow to much of the western U.S. through the Christmas weekend. Isolated urban and small stream flooding impacts will be possible along the immediate West Coast and into portions of the Central Valley in California this week.​ 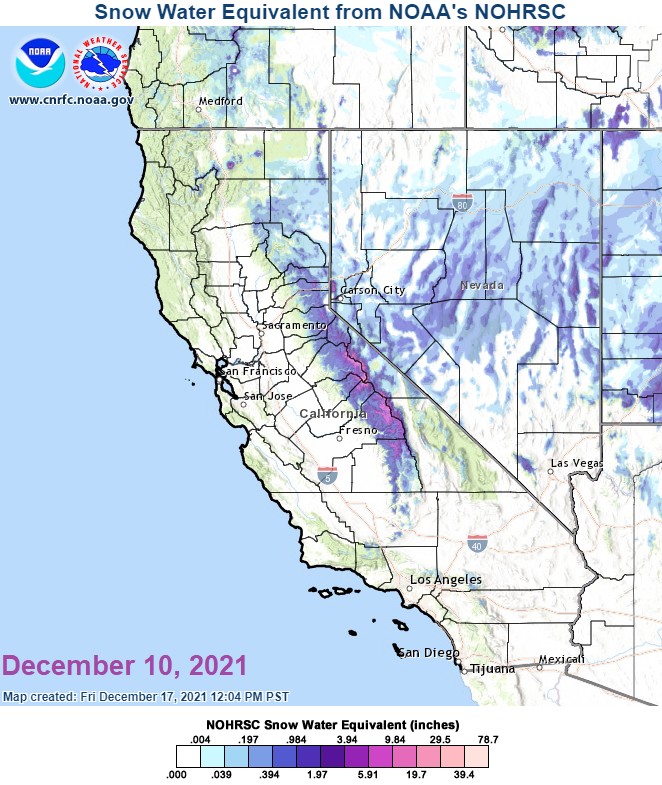 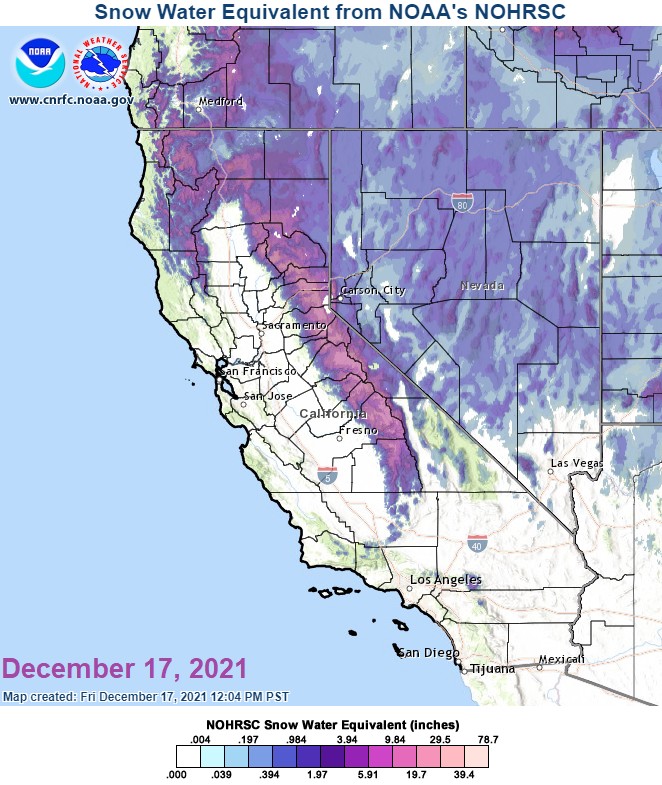 While increases in the snowpack of this size are not common, they are also not unprecedented, said Julie Kalansky, deputy director of operations for the Center for Western Weather and Water Extremes (CW3E). 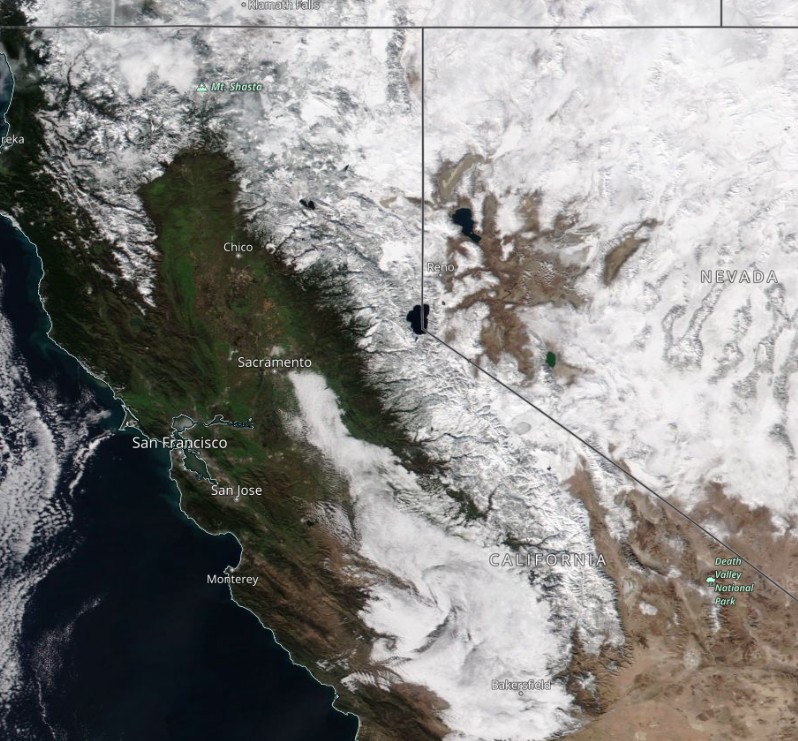 Meanwhile, the next Sierra storm starts building on Tuesday and Wednesday, December 21 and 22, with travel impacts expected for the Christmas weekend.

The current AR and its parent low will continue to bring rain to parts of the Pacific Northwest through Tuesday afternoon (LT), December 21.

The trough associated with the current AR is expected to cut off from the main flow and weaken. As it weakens, tropical moisture will be exported towards Southern California and Baja California as part of the second AR.

There is still considerable uncertainty in the timing, magnitude, and duration of AR conditions and precipitation.

Several feet of snow are possible in the Sierra Nevada.