A significant rain event is expected to impact western parts of the South Island, New Zealand during the next few days. Severe weather forecasters have already issued Orange Heavy Rain Warnings for parts of Westland and Fiordland with Heavy Rain Watches also in place for Southland and the headwaters of the Canterbury Rivers and Lakes.

"There is a risk of significant heavy falls, possibly bringing large impacts, for Westland, and as such people are advised to stay up to date with the latest Warnings and Watches in case any changes are made, or further areas are added." 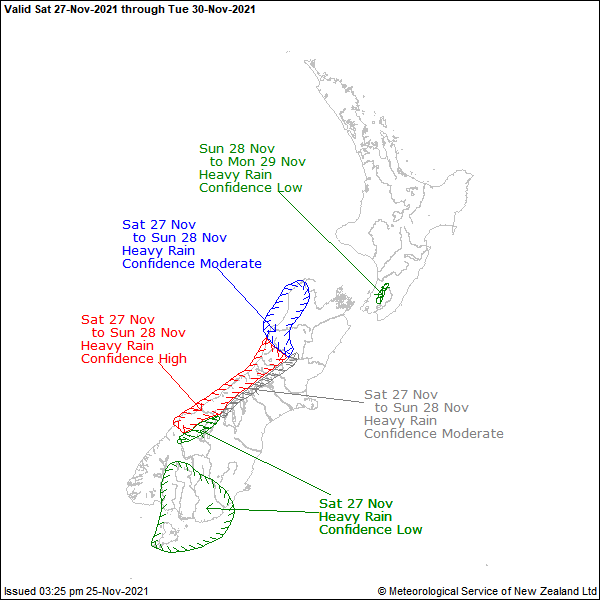 Be aware that heavy rain may cause streams and rivers to rise rapidly, MetService said.

Surface flooding and slips are also possible and driving conditions may be hazardous. These are particularly important for people traveling around the impacted areas.

On Saturday, as the front moves up the South Island a burst of cold air is expected to pour over the southern half of the island east of the Main Divide it will be a noticeably cooler day from Ashburton down to Wanaka.

This cold snap is only a brief shock to the system, as daytime temperatures on Sunday recover quickly to close to average values.

Significant rain on the way

Fiordland and Westland are well acquainted with heavy rain events but the rain this weekend has the potential to be on the extreme side.

This is likely to mean rapidly rising rivers, potential flooding and possible disruption to the road network. pic.twitter.com/CtG9mnNhnH