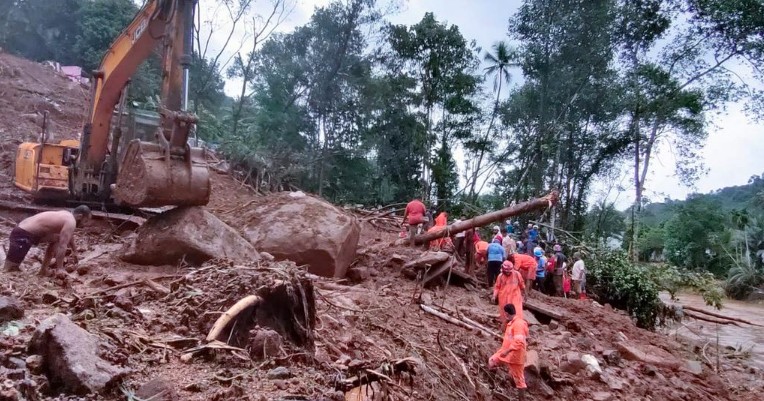 At least 26 people have been killed in Kerala, India over the past couple of days after floods and landslides caused by heavy rains destroyed roads and homes and cut off many towns and villages. Heavy rains began on October 11, intensified late October 15, and continued through the weekend.

On Monday, October 18, officials reported 11 fatalities in the Idukki district and another 14 In Kottyam, most of them due to landslides.

Kerala's chief minister said thousands of people have been evacuated, adding that they opened more than 180 relief camps.1

The swelling waters in the Manimala River, locally known as Manimalayar, wreaked havoc on its banks as the eastern parts of the Kottayam district bore the brunt of heavy rain in the last couple of days, ONmanorama reports.2

The water level in the river, which cuts through South and Central Kerala, rose by 7 m (23 feet) in five hours in the heavy rains that occurred on Saturday.

Old-timers in the region aver that this could be the first time that the water level rose to such a height in the river.

According to the India Meteorological Department (IMD), heavy rains were caused by a low pressure area over the SE Arabian Sea and Kerala.