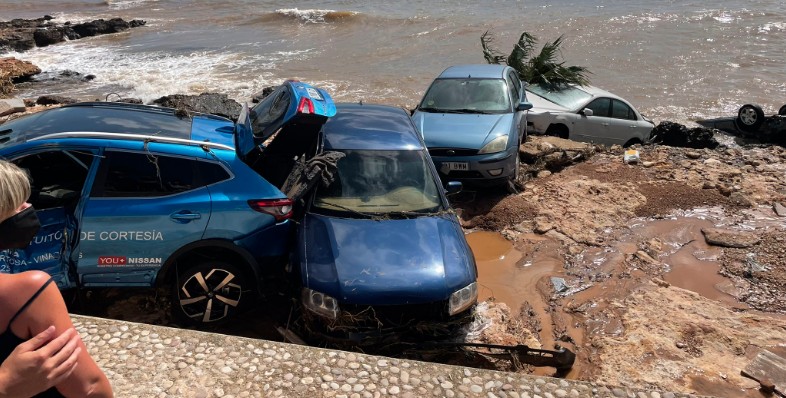 Severe flooding wreaked havoc in several parts of Spain over the past couple of days, forcing the closure of roads and leaving around 10 000 customers without power.

The worst-hit was the town of Alcanar in the northeast of Catalonia, where some streets turned into raging rivers, sweeping away cars towards to coastline.1

Emergency personnel rescued dozens of people trapped in vehicles, houses and camping facilities, and a sports arena was set up to shelter people if needed, officials said.

VIDEO: Hours of heavy rains have triggered flash floods in parts of eastern Spain, with some coastal areas seeing cars washed away. One of the worst-hit areas was #Alcanar, a town 200 kms south of Barcelona, where torrents of fast-moving water surged through the streets pic.twitter.com/v7bfULQybG

While no fatalities have been reported, two people were treated for mild hypothermia, local emergency head Ricard Exposito told a media briefing, adding that emergency services had received over 350 calls in a seven-hour span.

Intense rain and flooding was also reported in the central Castilla-La Mancha and Navarra regions, halting the high-speed rail link between the Spanish capital Madrid and Toledo.