One of the worst affected is Maharashtra is Ratnagiri district, particularly the city of Chiplun (population ~25 000) where the Vashisti river overflowed on July 22, releasing massive amounts of water into residential areas.

Many market places, residential and commercial complexes are underwater, The Indian Express reports.

Electricity and communication lines have been snapped, bridges in and around Chiplun are underwater and it was difficult to establish contact with local residents, said officials. The State Transport bus stand has been completely submerged, with all parked buses underwater.

Ratnagiri District Collector B N Patil said many residents evacuated as the river started rising, 'like they do during such situations in monsoon.'

"So far, 100 stranded citizens have been moved to safer places and the rescue operation is continuing," Patil said.

"It is true that several residents are still stranded in their homes but we do not know the exact number of those awaiting rescue."

"Residential and commercial buildings up to the first floor have been submerged. At most places, the water is up to five feet but at a few places it is up to seven feet."

Chiplun registered 200 mm (7.8 inches) of rain over the past 24 hours, the highest in the district. 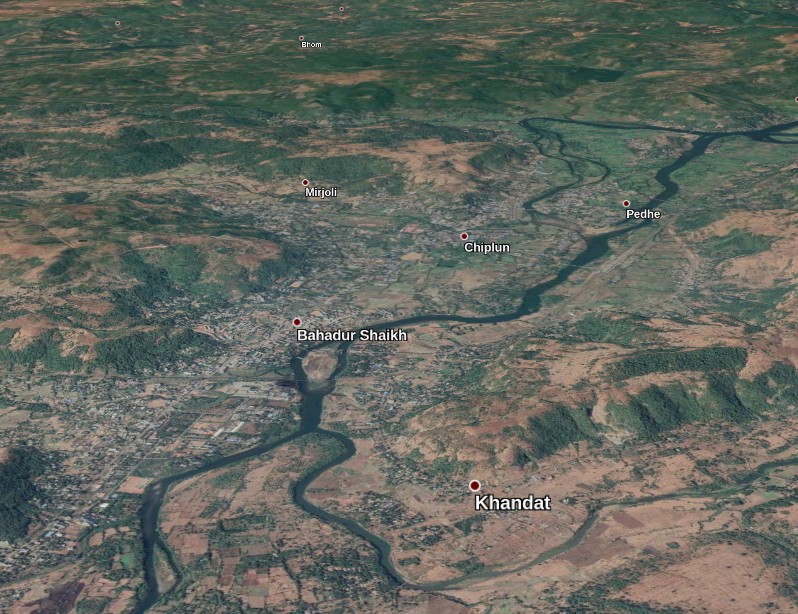 Two other lakes, Tulsi and Vehar, began overflowing last week. The rainfall in the catchment areas of the lakes has resulted in the rise in the water stock that will last for 64 days.

Indian Meteorological Department (IMD) has issued a red alert for Raigad, Ratnagiri, Pune, Satara, and Kolhapur for Thursday while nine other districts, including Mumbai, Palghar, and Thane, are under orange alert.

Heavy rains and flooding are also affecting the neighboring state of Telangana, where more than a thousand people were evacuated from their homes in the Nirmal district.