Tropical Storm "Elsa" is re-strengthening after moving over Cuba toward Florida, U.S. The system will pass near the Florida Keys this morning LT, July 6, and move near or over portions of the west coast of Florida later today and continuing into Wednesday, July 7, 2021.

Tropical-storm-force wind gusts are already occurring across the Lower and Middle Keys. Doppler radar data and satellite images indicate that the core of Elsa is fairly small and has maximum winds of around 95 km/h (60 mph).

Elsa was moving NNW at 19 km/h (12 mph) and had minimum central pressure of 1 007 hPa, according to the National Hurricane Center (NHC). This general motion is expected to continue today, followed by a turn toward the north by tonight (LT) and NNE motion on Wednesday.

On the forecast track, Elsa will pass near the Florida Keys this morning, and move near or over portions of the west coast of Florida later today and continuing into Wednesday.

Slow strengthening is forecast through tonight, and Elsa could be near hurricane strength before it makes landfall in Florida, NHC said. Weakening is expected after it moves inland.

The Air Force Hurricane Hunters will be investigating Elsa later this morning, and the data the plane collects will be valuable in assessing the storm's intensity and structure. 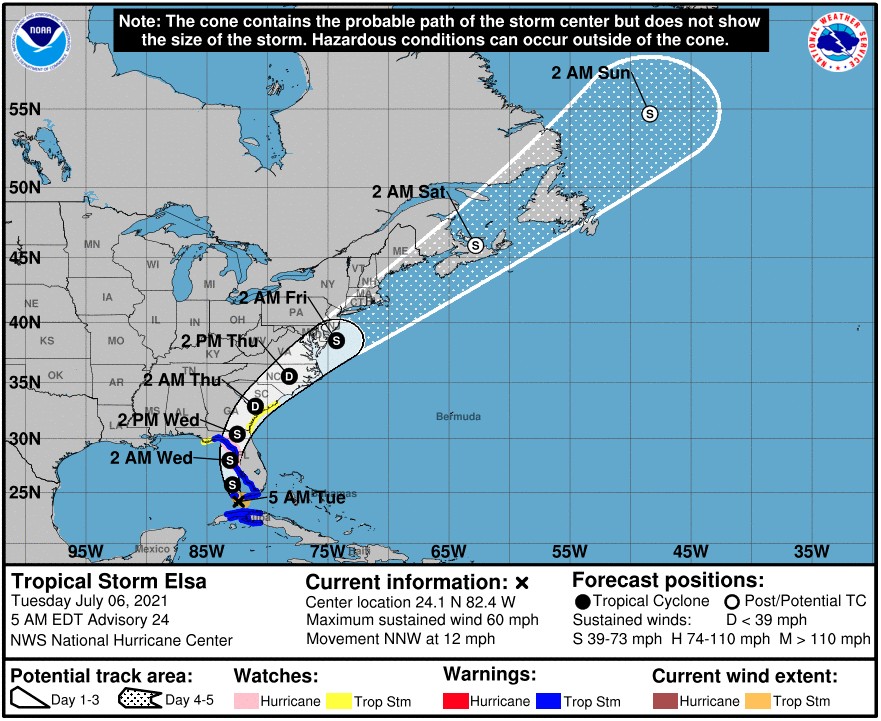 Heavy rain will impact Cuba today resulting in significant flooding and mudslides. As Elsa moves across the western Florida Peninsula through Wednesday, heavy rainfall may result in isolated flash, urban, and minor river flooding, with considerable flash and urban flooding possible in southwest and western portions of Florida.

There is a danger of life-threatening storm surge along portions of the west coast of Florida tonight and Wednesday, and a Storm Surge Warning is in effect for that area. 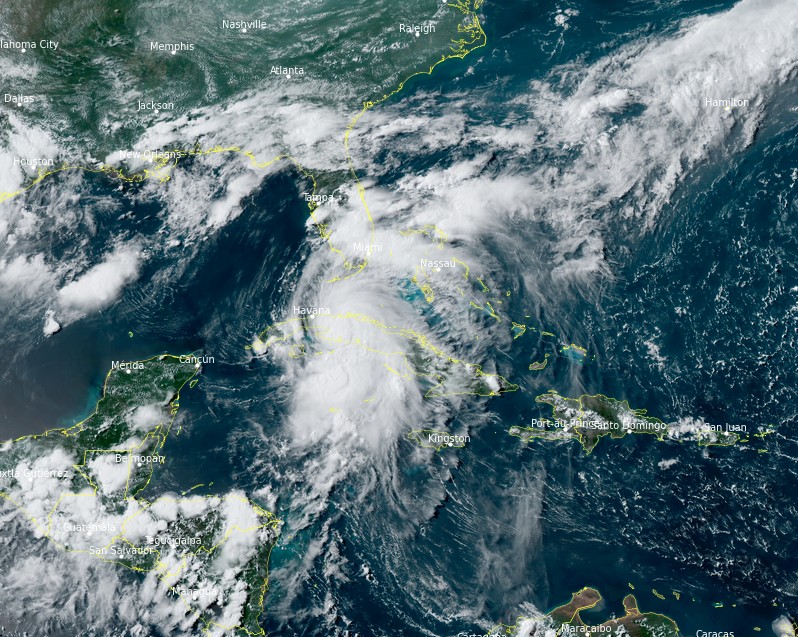 Elsa also became a tropical storm farther east in the Main Development Region (MDR) than any other tropical cyclone so early in the calendar year on record, behind only the 1933 Trinidad hurricane.

It slowly strengthened as it accelerated westward, and at 10:45 UTC on July 2, the NHC upgraded it to a Category 1 hurricane, making Elsa the eastern-most hurricane recorded in the MDR, south of 23.5°N, this early in the calendar year since 1933.

At 15:00 UTC on July 3, Elsa weakened back into a tropical storm, due to northeasterly wind shear, which was partially due to the storm's rapid forward motion at almost 48 km/h (30 mph).

Afterward, Elsa's forward motion significantly slowed down to 22 km/h (14 mph) on July 4, as its center relocated to the east under the region with the strongest convection, while passing just north of Jamaica.

At 18:00 UTC on July 5, Elsa made landfall near Cienega de Zapata, a natural park in west-central Cuba, with maximum sustained winds of 85 km/h (50 mph).

Cuba's meteorological institute – INSMET said Elsa passed through the island bringing winds of 100 km/h (62 mph) and some stronger gusts. Ahead of the landfall, Cuba ordered the evacuation of 180 000 people from its southern regions.

"The most recent July named storm (e.g., tropical storm or hurricane) landfall in Cuba is Hurricane 'Dennis' in 2005," Klotzbach said.

At 02:00 UTC on July 6, Elsa emerged into the Gulf of Mexico and began to re-strengthen.

The hardest-hit areas by this storm are Barbados, where more than 1 100 homes were damaged, including 62 that collapsed; St. Lucia, where one person was killed; the Dominican Republic, where two people died after walls collapsed on them; and Haiti, where three people were injured by downed trees.