A Low Pressure Area over the NW Bay of Bengal and adjoining Odisha and Gangetic West Bengal is expected to become more marked today and move WNW across Odisha, Jharkhand and north Chhattisgarh over the next 3 to 4 days, bringing widespread rainfall activity with isolated heavy to very heavy rainfall over Odisha, Chhattisgarh, West Bengal & Sikkim, Jharkhand, Madhya Pradesh, Vidharbha, Telangana during the next 5 – 6 days.

In addition, the southwest monsoon has further advanced into some parts of the North Arabian Sea and some more parts of south Gujarat, south Madhya Pradesh and Chhattisgarh, most parts of North Bay of Bengal, and more parts of West Bengal on June 11.

Conditions are favorable for further advance of the monsoon into some more parts of Gujarat, Madhya Pradesh, remaining parts Chhattisgarh and Odisha, entire West Bengal, Jharkhand and Bihar, and some parts of east Uttar Pradesh and remaining parts of North Bay of Bengal through June 13.

Southwest monsoon is likely to advance over the remaining parts of the country outside south Rajasthan and Kutch region of Gujarat during subsequent 3 – 4 days.

Isolated extremely heavy rainfall in excess of 200 mm (7.9 inches) is very likely over Odisha on Saturday, June 12, over Chhattisgarh on June 12 and 13, over East Madhya Pradesh on June 13 and 14, and over Vidharbha on June 12 and 13.

Widespread rainfall activity with heavy to very heavy falls is likely to continue over coastal & adjoining Ghats districts of Maharashtra and coastal Karnataka through June 15. Isolated heavy rainfall is very likely over Kerala during the same period. Isolated extremely heavy falls are also very likely over Konkan and Goa through June 15 with higher intensity of rainfall on June 13 and 14. 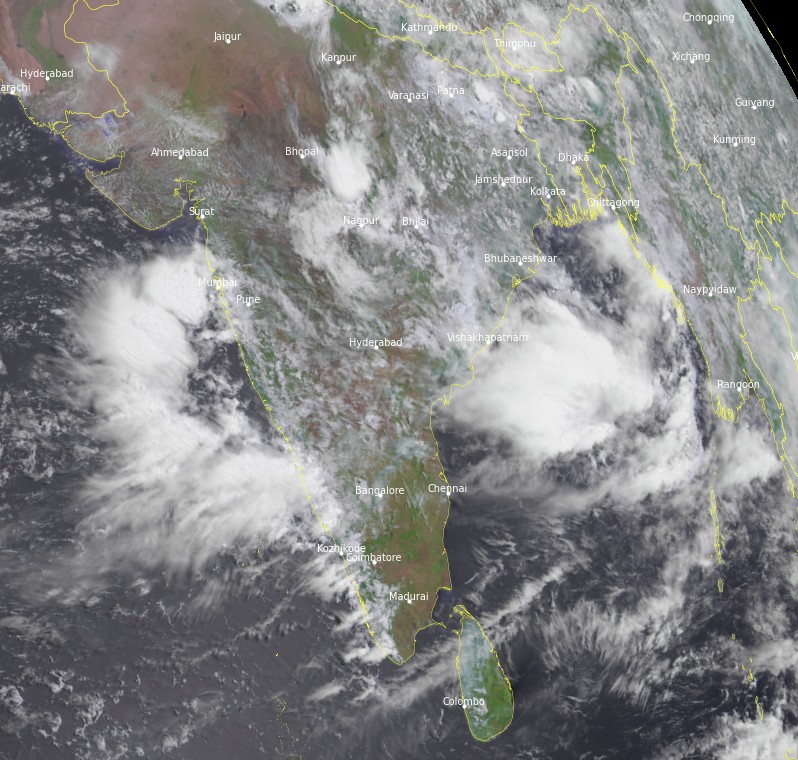 The southwest monsoon arrived in Mumbai on Wednesday, June 9, dropping very heavy rains, flooding homes, and causing a residential building to collapse in a Mumbai slum. At least 12 people were killed, of which 8 were children, seven were injured and 3 more are feared missing.