A large cloud of Saharan dust moving across the Atlantic Ocean over the past week has reached the Caribbean and South America.

The dust will remain over the region for the next couple of days, limiting visibility and lowering air quality. After that, it's expected to head toward the southeastern United States. 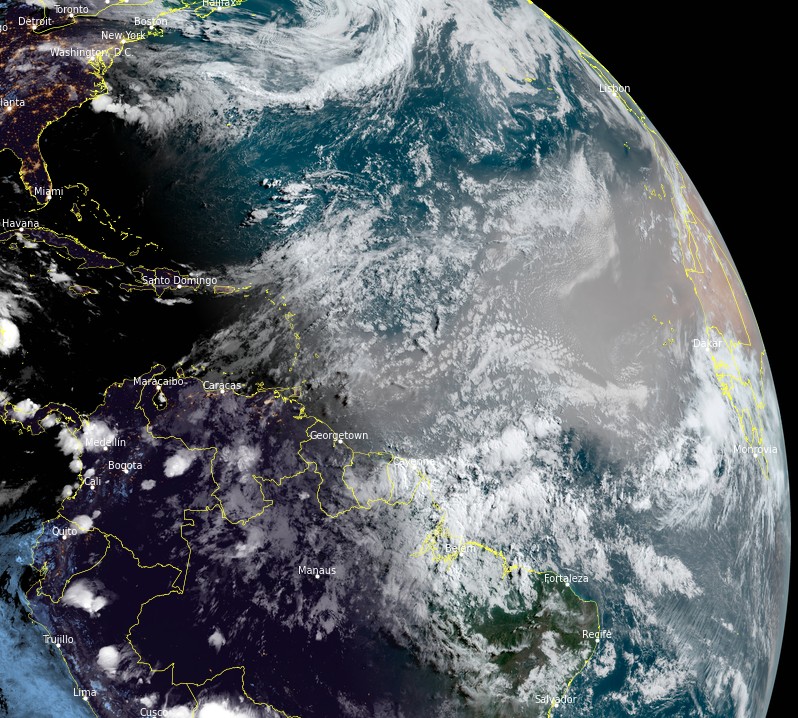 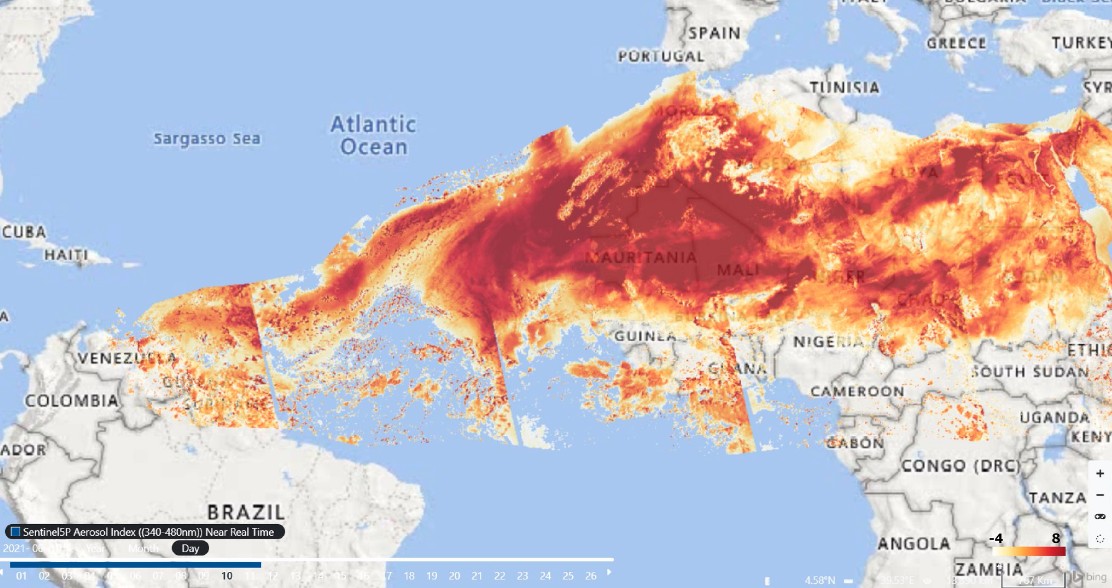 Saharan Air Layer (SAL) is a mass of very dry, dusty air that forms over the Sahara Desert during the late spring, summer, and early fall.

"SAL activity typically ramps up in mid-June and peaks from late June to mid-August, with new outbreaks occurring every three to five days.  During this peak period, it is common for individual SAL outbreaks to reach farther to the west—as far west as Florida, Central America, and even Texas—and cover extensive areas of the Atlantic (sometimes as large as the lower 48 United States)," said Dr. Jason Dunion, a University of Miami hurricane researcher working with NOAA's Atlantic Oceanographic and Meteorological Laboratory.

The SAL has unique properties of warmth, dry air and strong winds that can act to suppress hurricane formation and intensification.

Additionally, its iron-rich particles reflect sunlight and reduce the heating of the ocean surface while the cloud is passing over.