Cold weather is settling in across eastern Australia, focusing very much on snow, strong winds, and flood-inducing rains across multiple states, the Bureau of Meteorology (BOM) warned Tuesday, June 8, 2021. The wild weather is a result of an Antarctic cold pushed up from the Southern Ocean, prompting warnings across New South Wales, the Australian Capital Territory, Victoria, Tasmania, and Queensland.

In Victoria, wind gusts of around 80 km/h (50 mph) and freezing temperatures produced a snowstorm on Mt. Buller Monday, June 7, while temperatures around the state dropped below 10 °C (50 °F). East of Adelaide, heavy hail coated the streets on the Mount Lofty Ranges.

The powerful cold front, which originated in Antarctica, is expected to create a cut-off low-pressure system over NSW, which will gradually move east and produce rain, snow, and even hail across Victoria, NSW, and southern Queensland.

"Winter is well and truly here," said meteorologist Jonathon How on Tuesday.

"For today, South Australia, Victoria and Tasmania are going to see the wet, cold weather with plenty of hail and showers around."

"Wednesday and Thursday (June 9 and 10) will be the coldest for Sydney. Fourteen on Thursday and 12 through Western Sydney as well," he continued.

The cold front will bring powerful winds in South Australia, Tasmania, and Victoria, with gusts of up to 100 km/h (62 mph) possible in some areas.

The front's passage and the low-pressure system will also cause widespread rain across SA, NSW, the ACT, Victoria, Tasmania, and southern Queensland this week.

Heavy rain and thunderstorms are possible over Victoria and southeastern NSW on Wednesday as the system heads to the Tasman Sea.

"There's plenty of wet weather on the way, possible flooding across Gippsland later in the week so keep an eye on the warnings," added How.

Severe Weather Warnings have been issued for damaging winds and heavy rainfall across parts of #Victoria on Wednesday and Thursday as an East Coast Low develops off the east #Gippsland coast. Read the detailed warning information at https://t.co/eMiXnTn1V0 pic.twitter.com/sXWamZtc3Q

There’s been snow flurries all morning around Jamestown in the mid north.

Thanks to local Petrina for this video & keep warm!  @9NewsAdel pic.twitter.com/NVjvfdcmIm

More showers for #Adelaide moving from the south with small hail possible. Take care on the roads and drive to the conditions. Keep up-to-date on the radar https://t.co/MOJ3wiGObz pic.twitter.com/0UmTOQ2KX9 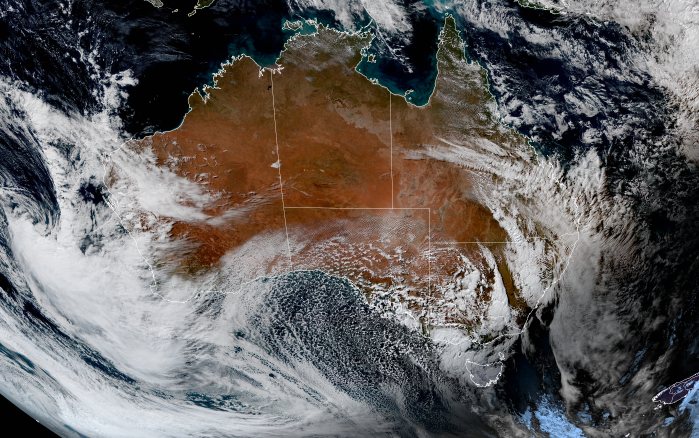 Up to 200 mm (8 inches) of rain is possible in just 12 hours overnight Wednesday into Thursday.

Many areas in the south and southeast are expected to shiver through below-freezing temperatures for at least two days this week, starting in South Australia and then spreading further north and east on Wednesday and Thursday.

Snow will also extend up ranges and tablelands in central and northern NSW, with some snow also possible in southern Queensland.

"We could see snow flurries across the Granite Belt tomorrow and into Thursday as well and frosty nights on the way for many Queenslanders."

"At the same time, a flood watch is active for northern Tasmania for minor flooding, and eastern Victoria in anticipation of minor to possibly major flooding."

"Further warnings will be issued as the situation evolves, particularly for eastern Victoria and southeast New South Wales, so be sure to have the latest information."