Very Severe Cyclonic Storm "Tauktae" is forecast to cross the Gujarat coast between Porbandar and Mahuva after 18:00 UTC on Monday, May 17, 2021. Tauktae formed on May 14 as the first named storm of the 2021 North Indian Ocean cyclone season.

Heavy rainfall and flash flooding were reported over areas of Kerala, with fishing being banned in the area due to rough seas.

As of 12:00 UTC on May 14, rainfall warnings were imposed in parts of Lakshadweep, Kerala, Tamil Nadu's ghats districts, coastal districts of Karnataka, Goa, Gujarat and Southwestern Rajasthan.

A village in Ernakulam district, Chellanan, Kerala had its homes submerged underwater due to unexpected rain and sea erosion. The administration opened up a relief camp at the local St. Mary's School for the inhabitants of low-lying areas.

6 people have already died due to the storm, of which 2 were in Kerala and 4 in Karnataka.

On the same day, officials warned 'very heavy to extremely heavy rainfall' was expected for Kerala, Karnataka, and Goa districts. Flash floods and landslides were of greatest risk.

The district of Kottayam, Kerala received 697.8 mm (27.5 inches) in just 24 hours. The water level in all major rivers, including the Meenachil, Pampa and Manimalayar, have reported a sharp rise, although well within the danger mark. 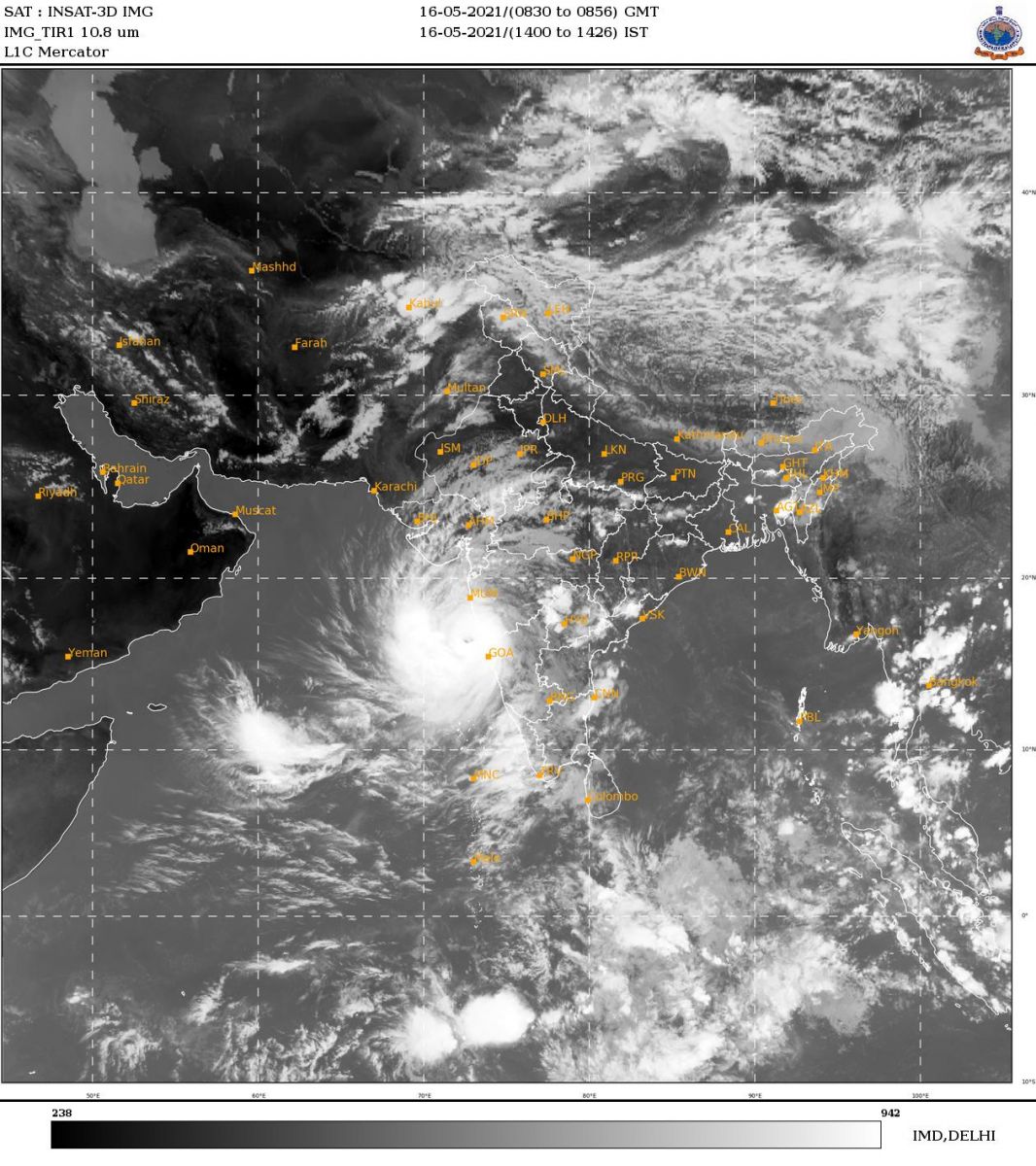 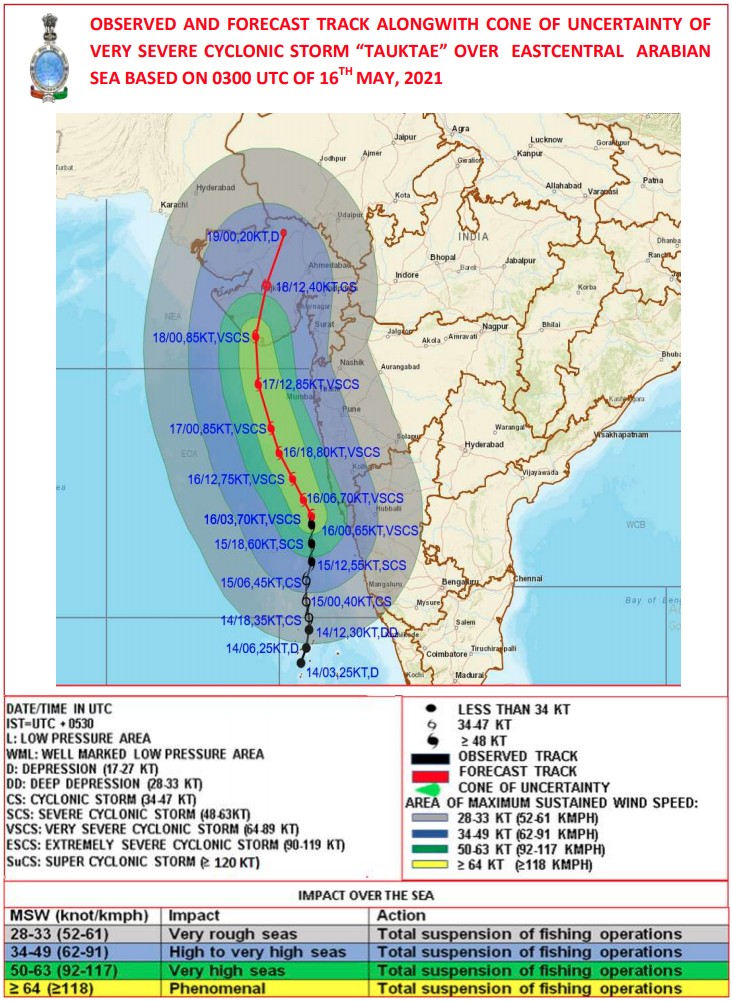