Overall, the population in this region resides in structures that are a mix of vulnerable and earthquake-resistant construction. The predominant vulnerable building type is low-rise nonductile concrete frame with infill construction. 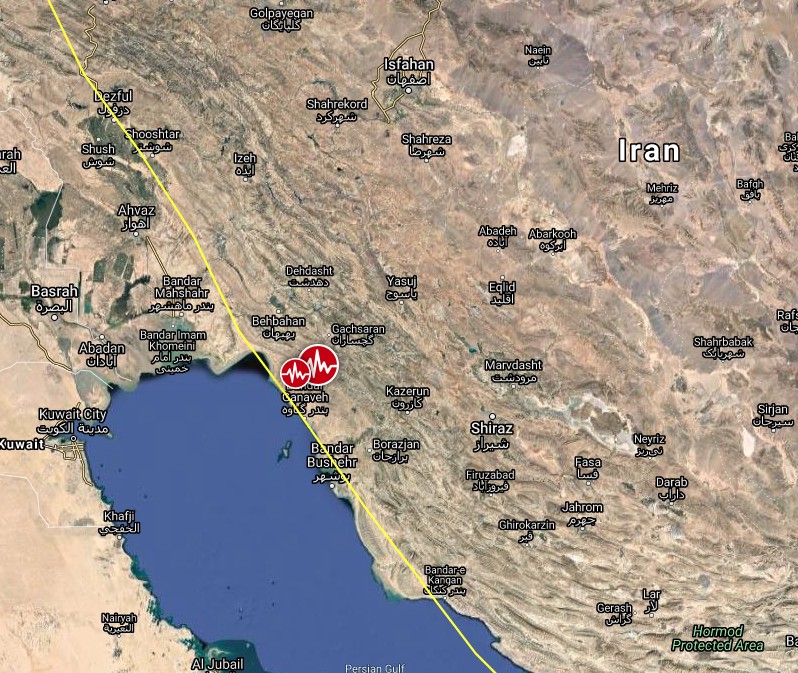 Tasnim news agency reported electricity and telephone/internet outages in the city of Govaneh.

The Iranian government official told Reuters there were no reports of damage at the Bushehr nuclear complex, located about 100 km (62 miles) S of the epicenter.

At least two people were injured in Gonaveh and taken to hospital. 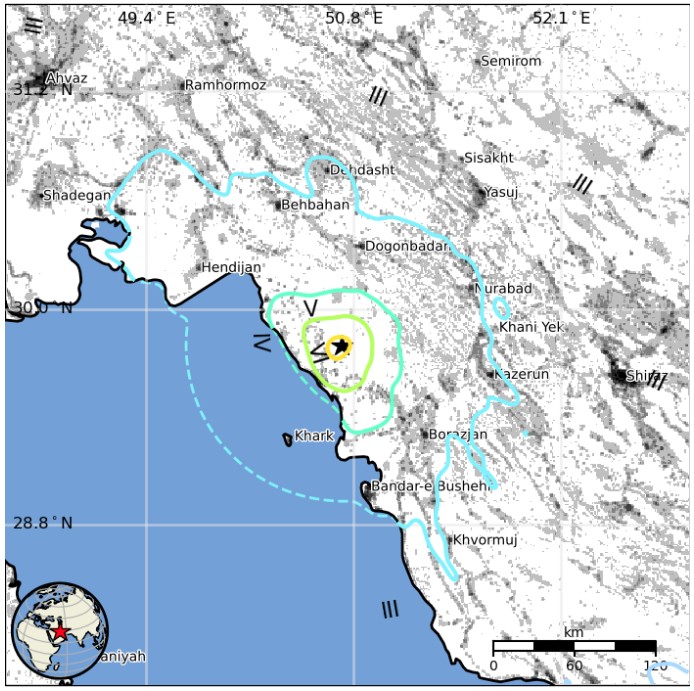 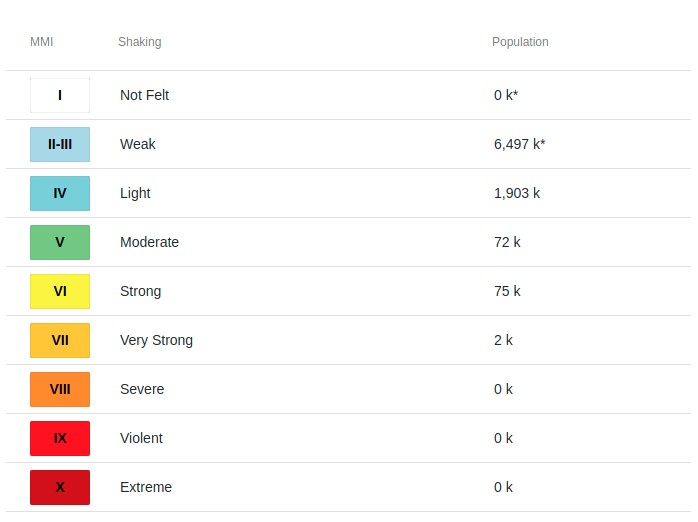 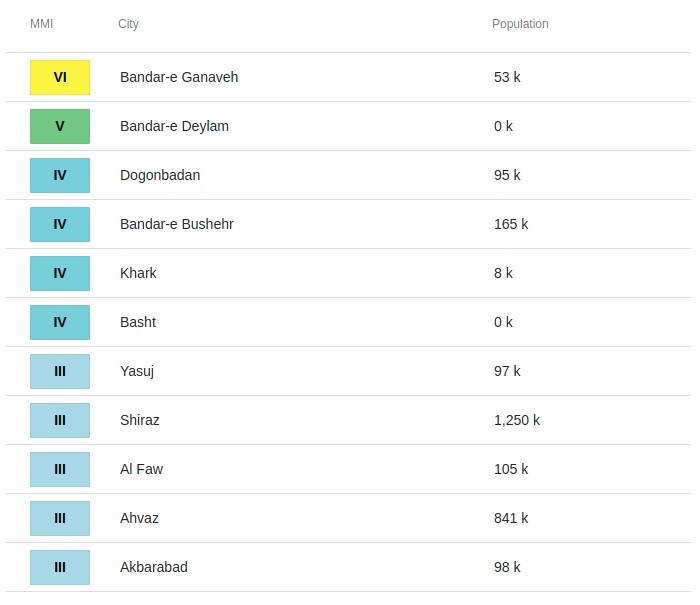 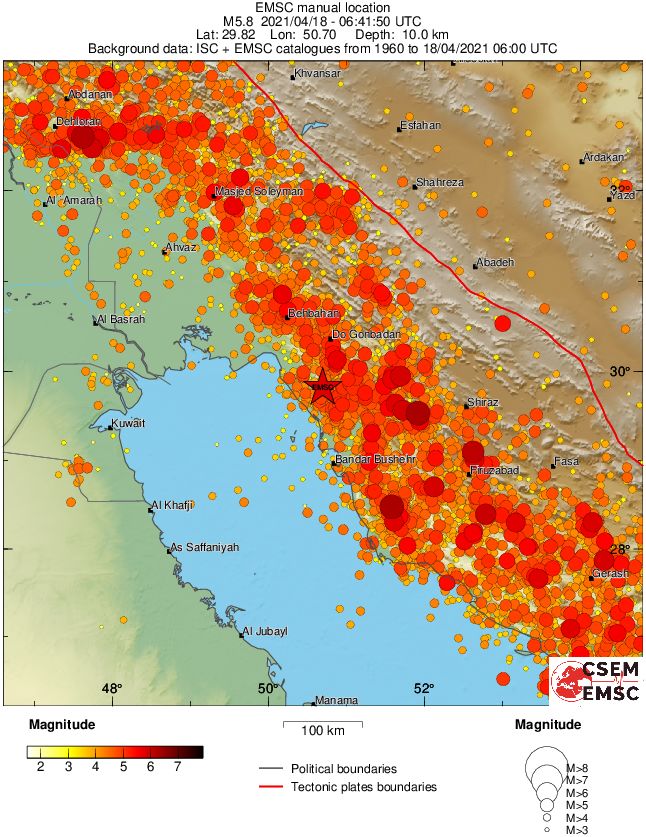