Typhoon "Surigae" rapidly intensified on April 16 and 17, 2021, into the first Super Typhoon of the year. Surigae — known in the Philippines as Bising — is expected to become a powerful Category 5 typhoon over the next 12 hours, without making landfall over the Philippines. However, because there are still uncertainties in its track, a westward shift in the current forecast track may result in potentially significant impacts over the eastern portions of Southern Luzon and Visayas.​

Surigae entered the Philippine Area of Responsibility (PAR) at 03:00 UTC on April 16 and became a Category 2-equivalent typhoon over the next 12 hours.

As it continued its slow WNW motion toward the Philippines, the typhoon underwent explosive intensification and strengthened to a Category 4-equivalent typhoon by 21:00 UTC on the same day. 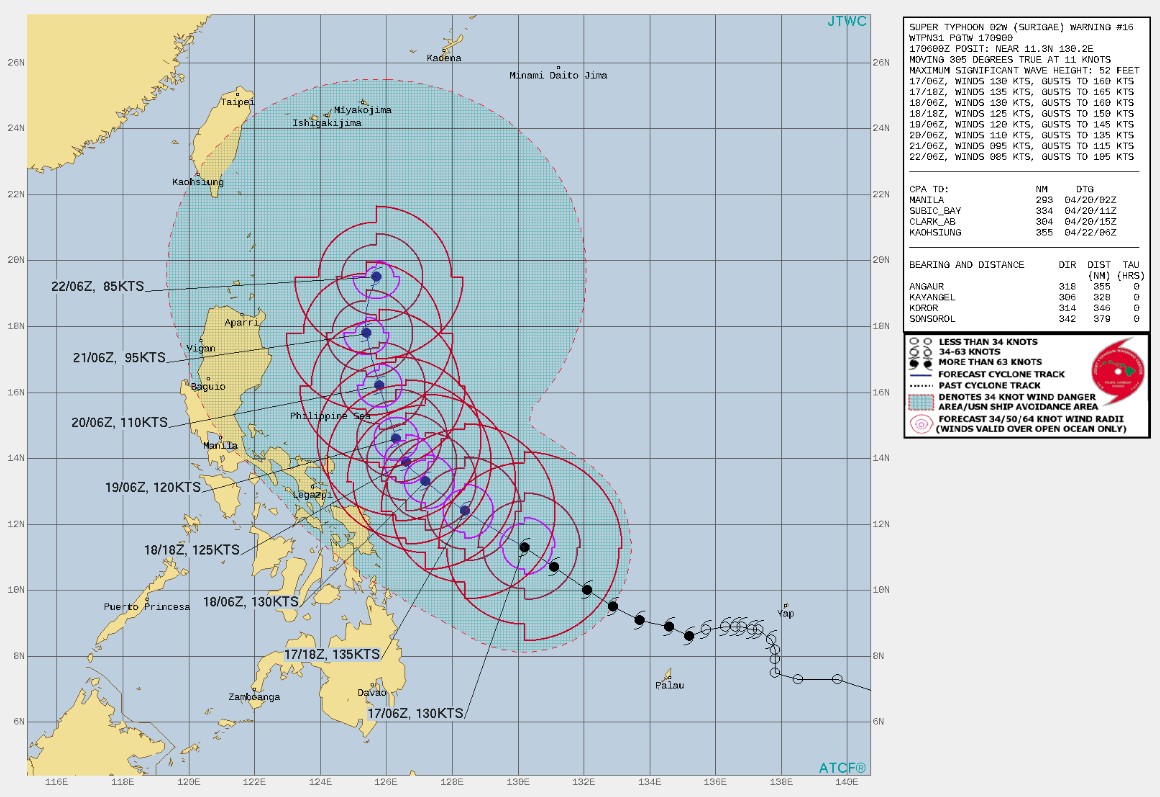 In Palau, Surigae brought wind gusts up to 90 km/h (55 mph), causing power outages across the island.

Large swells from the developing storm brought coastal flooding to Koror and Yap whose residents were advised to avoid reef lines in the north and west. 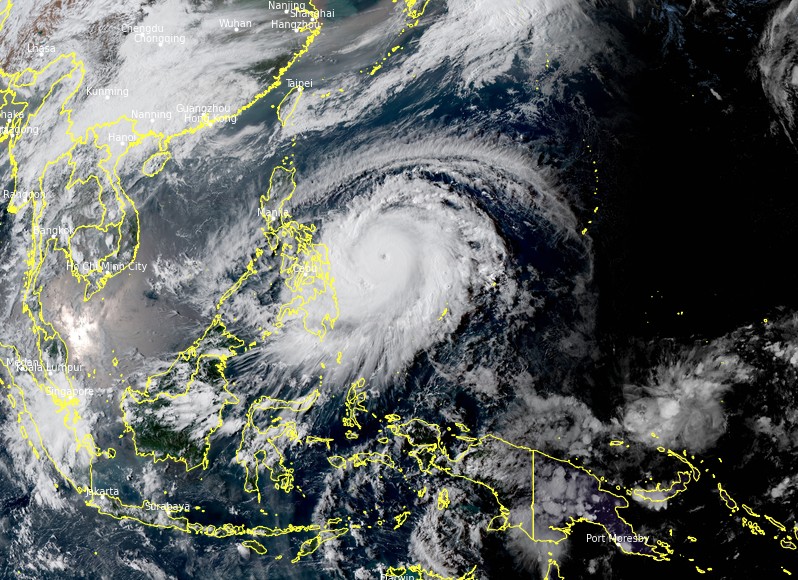 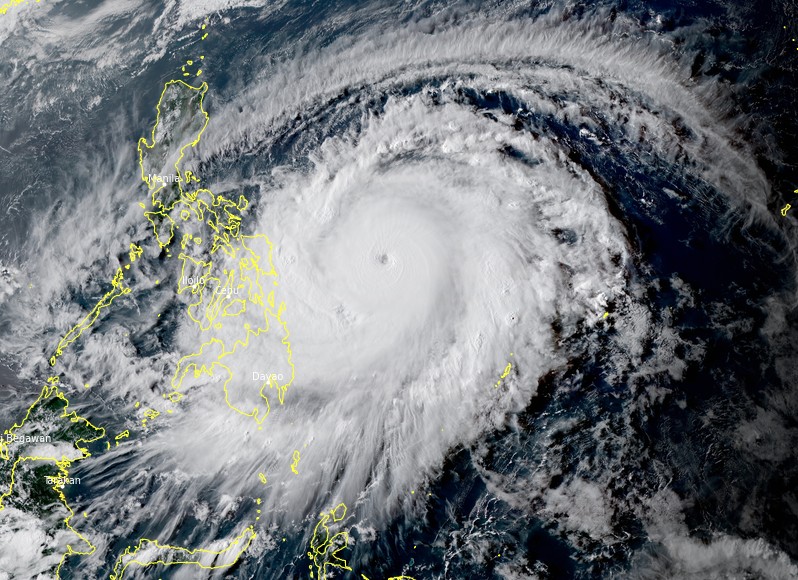 While the typhoon won't make landfall over the Philippines, it will pass close enough to bring strong winds, heavy rains and high seas.

Tomorrow, April 18, Surigae's rainbands will bring moderate to heavy with at times intense rains over Eastern Visayas, Bicol Region, and the southern portion of Quezon.

By Monday, April 19, moderate to heavy with at times intense rains over Northern Samar, Bicol Region, and the southern portion of Quezon.

Under these conditions, flooding (including flash floods) and rain-induced landslides may occur especially in areas identified in hazard maps as highly or very highly susceptible to these hazards.

Considering the uncertainty in the track forecast, a westward shift in the current forecast track may result in potentially significant impacts over the eastern portions of Southern Luzon and Visayas.