A brilliant fireball streaked across the skies of Alberta, Canada, at 13:23 UTC (06:23 LT) on Monday, February 22, 2021. The American Meteor Society (AMS) received more than 400 reports and 100+ videos from witnesses as far north as Pink Mountain in British Columbia, and as far south as Fairfield in U.S. state Montana.

Early risers in Alberta were in for a spectacular treat as a meteor flashed before their eyes on Monday morning.

Most of the witnesses were from the Edmonton area, some of whom described the object as turquoise in color, while others said it was green.

"I just happened to be sitting on my floor looking out the window this morning, and [the fireball] was 3.6 m (12 feet) from the window. I saw the light in the upper portion of the window," said Karen M., an observer from Fort Saskatchewan.

"[It] split the sky like a bolt of lightning," said Danny M. from Chetwynd.

"I thought the video cam shadow traces were a very good method to the actual path,"  wrote Garry S., a witness from Carvel who was able to take a video of the event.

"From my re-tracking, it appears the fireball passed by east of us maybe 30 degrees east and traveled in a north slightly east direction. The first appearance was maybe 45 degrees up and last was very low in the sky," he continued.

Based on the trajectory map by the AMS, the fireball traveled from southeast to northwest, from an area near Egremont to somewhere near Rochester.

Chris Herd, a meteorite expert at the University of Alberta, confirmed that the object was indeed a fireball. 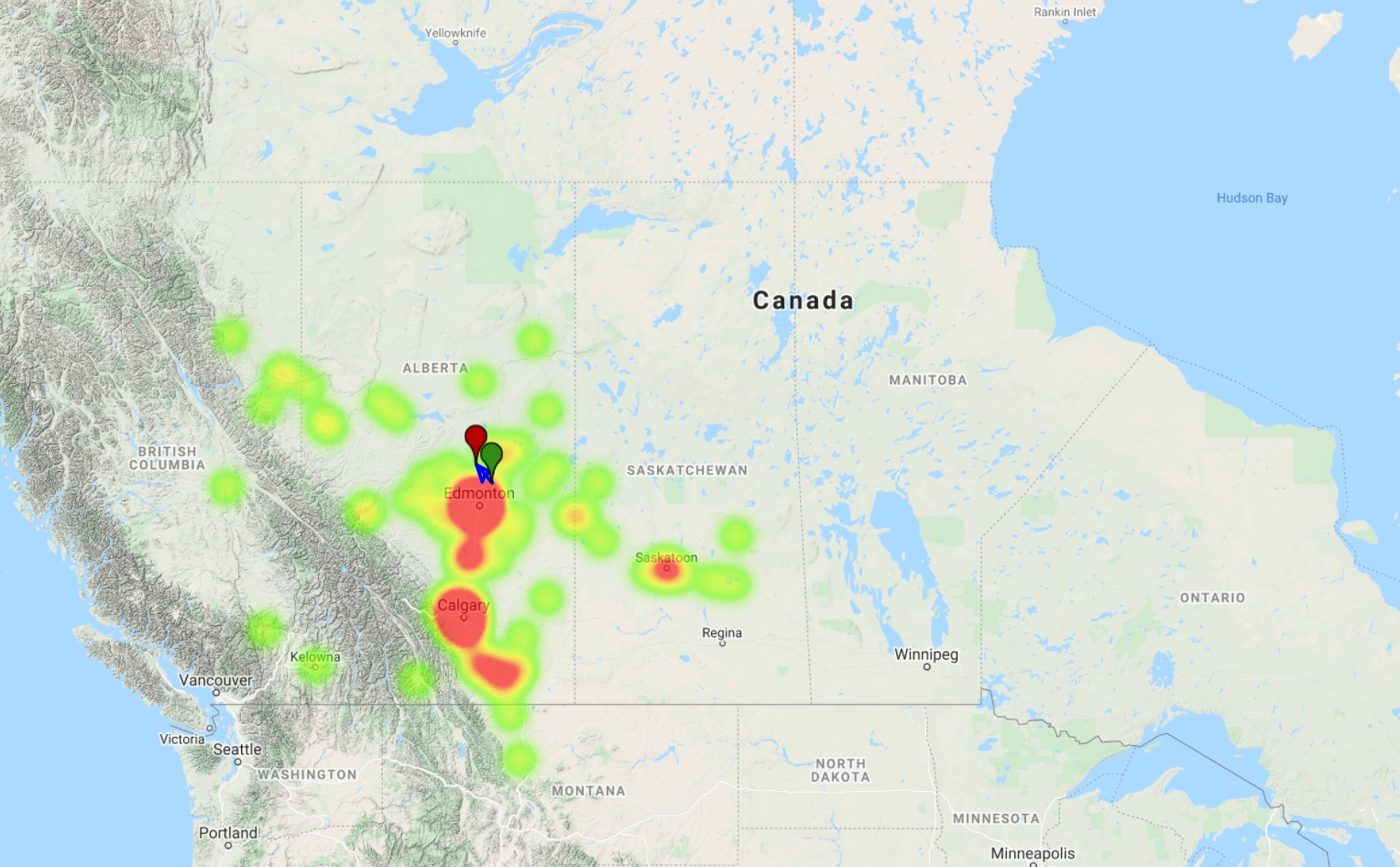