Volcanic activity at Etna volcano in Italy gradually intensified at around 08:00 UTC on January 4, 2021, forcing authorities to raise the Aviation Color Code to Red.

INGV-OE (Etna Observatory) reports that starting at 05:45 UTC on January 4, 2020, the video surveillance network highlighted a weak and sporadic ash emission from the Voragine and Southeast Craters. The emissions quickly dispersed to the east.

Starting at 08:18 UTC today, a gradual intensification of Strombolian explosive activity has been observed at the eastern mouth of the SE Crater with abundant dark and dense ash emission, drifting eastward.

Volcanic tremor amplitude fluctuated over the past several hours, with the source in the area of SE crater between 2.8 and 3 km (1.7 – 1.8 miles) above sea level.

Strombolian activity at #Etna's Voragine (left) and Southeast craters, along with ash emission from the latter, at daybreak on 4 January 2021. pic.twitter.com/H3VpWiG8xX

30 seconds of #Etna's amazingly beautiful activity at the Southeast Crater (there was also activity at the Voragine crater, but this became visible when it got completely dark) on the evening of 3 January 2021, with some music of mine pic.twitter.com/DwLfy57HET

Infrasonic activity in the last few hours (to 09:25 UTC) has shown no significant changes. However, two increases in the number of events located at the SE, yesterday afternoon and during the night have been observed.

The localized infrasonic activity at the NE crater remains unchanged.

There have been no significant changes observed in deformation signals recorded by permanent GPS and clinometric networks.

Pictures below show ash emission seen from the town of Tremestieri Etneus on the southern side of the volcano, around 08:30 UTC on January 4, 2021. 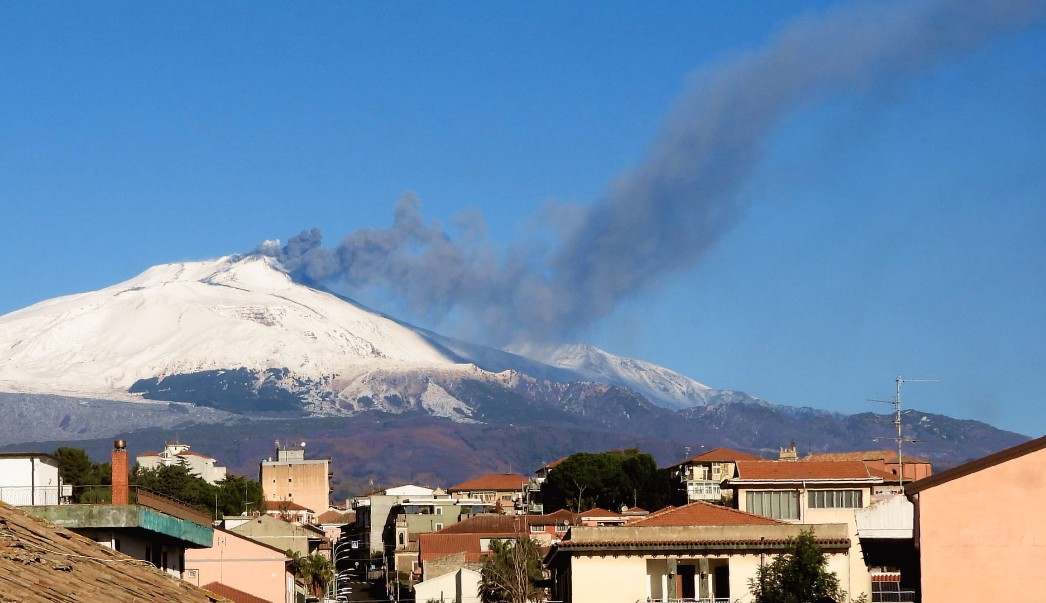 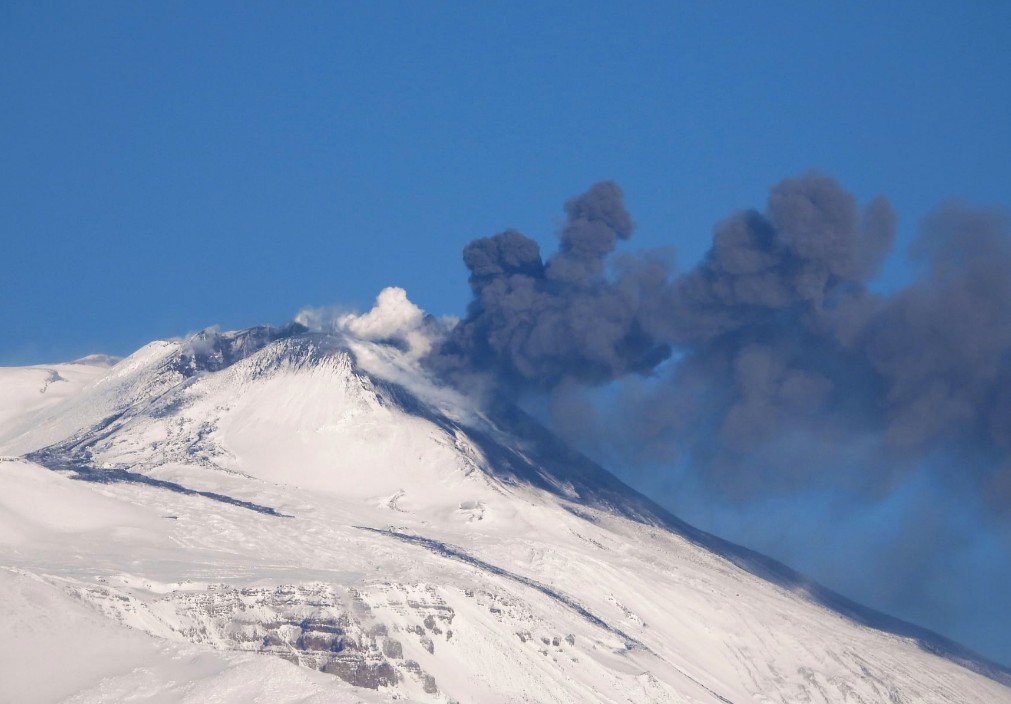 Two eruptive fissures opened on the southeastern side of the SE Crater, producing two lava flows propagating towards the S and SW, whose fronts remained confined to an altitude of about 2 850 m (9 350 feet) a.s.l. Three pyroclastic flows were observed at 22:15 and 22:16 UTC.

Surveillance cameras showed a significant decrease in explosive activity at 22:50 UTC, with variable levels over the next 4 hours.

A few moments of the second short episode of Strombolian activity culminating in lava fountaining at #Etna's Southeast Crater during the night of 13-14 December 2020. pic.twitter.com/XjVNdvIjJT