A late-evening tornado touched down in Arlington, Dallas-Forth Worth Metropolitan Area on November 24, 2020, leaving a trail of damage to buildings and vehicles. The National Weather Service (NWS) said their survey team found EF-2 damage in south Arlington.

Shortly after, the Arlington Police Department said that it's assisting the Arlington Fire Department with damage across the city. "This also includes various roof collapses on some structures and damages to buildings. Working to determine extent of damages and whether or not there are any injuries."

"Pioneer Parkway is closed in both directions between Center Street and Collins Street due to debris from area apartment complexes on roadway."

NBC said it appears that one of the hardest-hit areas is just south of West Pioneer Parkway near South Cooper Street. The worst-hit were the Mirage and Waterdance Circle apartment complexes along Pioneer Parkway.

The NWS Forth Worth office said their survey team found EF-2 damage in south Arlington.

It was on the ground for about 7 minutes, injuring 5 people and displacing 75 families.

The Arlington Fire Department said 3 apartment complexes collapsed, as well as 2 commercial buildings, a church, and a home. Gas leaks and downed power lines were also reported at various locations. 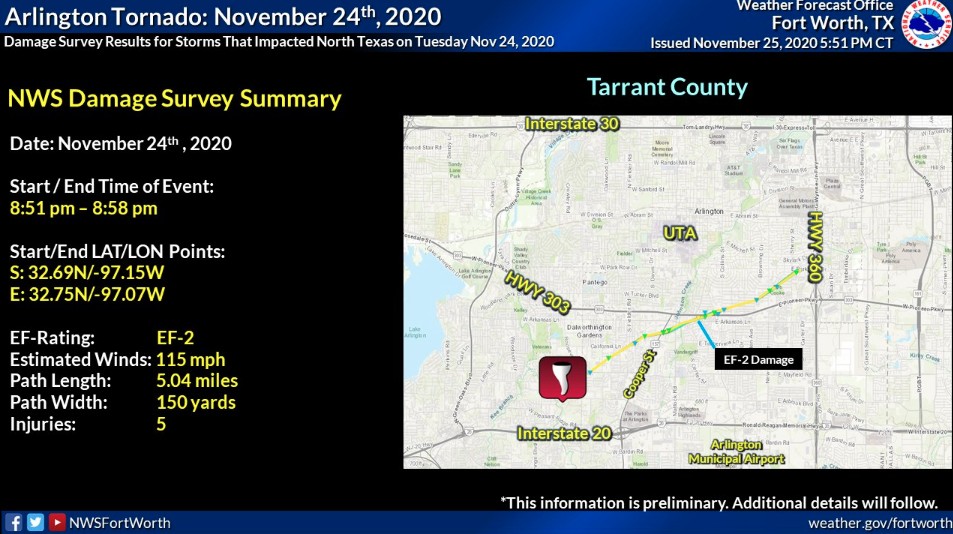 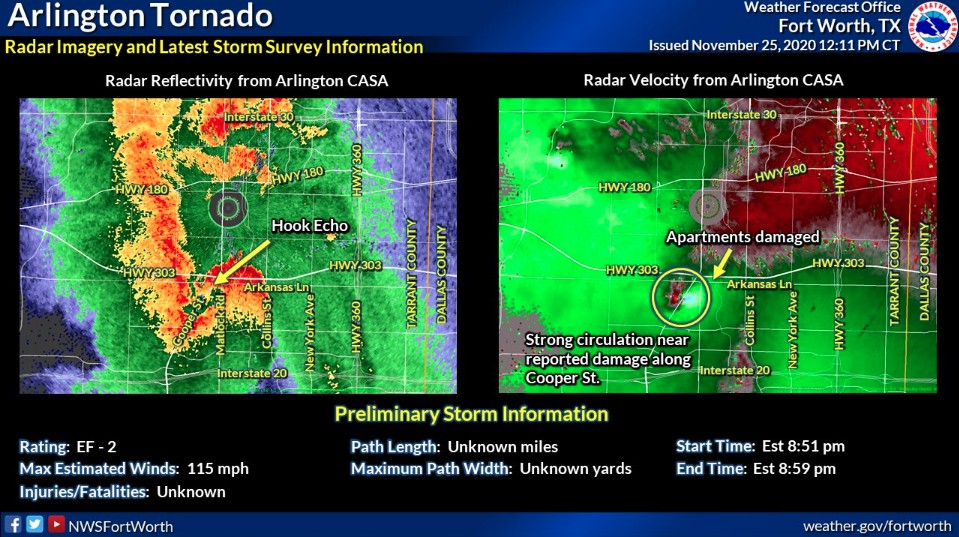 This is the first significant November tornado to strike in North Texas since 1987, according to NWS.

Continuing to assist @ArlingtonTxFire at a few locations tonight due to roof collapses and debris field. Pioneer Parkway is closed in both directions between Center Street and Collins Street due to debris from area apartment complexes on roadway. pic.twitter.com/S73pT0o4ge

Storm Damage (Arlington) Major storm damage at a commercial building in the 1100 block of Colorado Lane. Appears to be roof damage. pic.twitter.com/jnHB5FEVqT