Tropical Storm "Nivar" formed in the Bay of Bengal on November 24, 2020, prompting the Indian Meteorological Department (IMD) to issue cyclone warnings for the coast of Tamil Nadu, Pondicherry, and Sri Lanka. Nivar is the fourth named storm of the below-average 2020 North Indian cyclone season. It formed just 2 days after the historic explosive intensification and landfall of Tropical Cyclone "Gati" in Somalia.

Over the next 12 hours, Nivar is very likely to move WNW and then turn NW.

IMD forecasters expect it to cross Tamil Nadu and Puducherry coasts between Karaikal and Mamallapuram around Puducherry late evening (LT) on November 25 as a very severe cyclonic storm with a wind speed of 120 – 130 km/h (75 – 80 mph) and gusts to 145 km/h (90 mph). 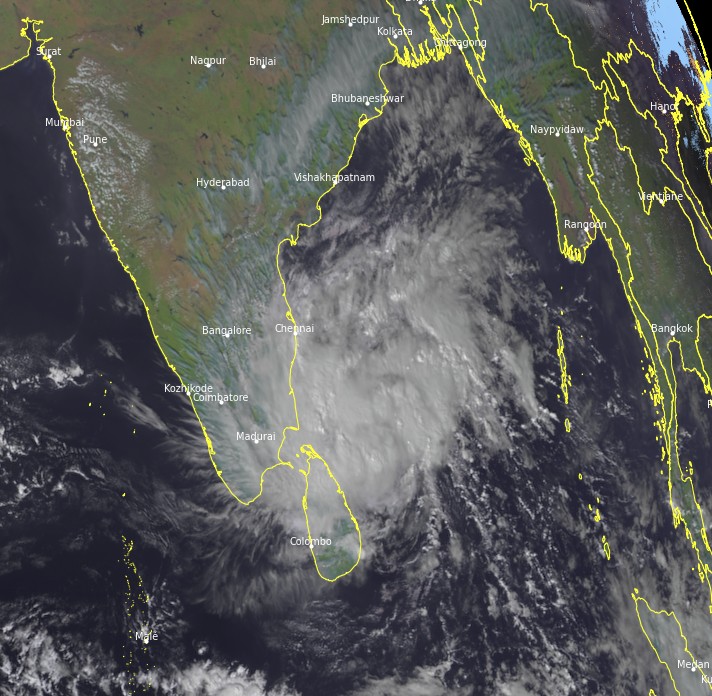 Fairly widespread to widespread rainfall/thunderstorm activity very likely over coastal and north interior Tamil Nadu, Puducherry, and Karaikal from November 24 to 26. Over south coastal Andhra Pradesh, Rayalaseema from November 25 to 26, and southeast Telangana on November 26, 2020.

A tidal wave of about 1 – 1.5 m (3.3 – 4.9 feet) height above the astronomical tide is very likely to inundate the low lying areas of north coastal districts of Tamil Nadu and Puducherry near the place of landfall.