According to video and satellite data, a gas-steam plume with some amount of ash extended for 105 km (65 miles) ENE of the volcano, KVERT reported at 05:27 UTC.

A lava flow continues to effuse along the Apakhonchich chute, as seen in this satellite image acquired on November 13: 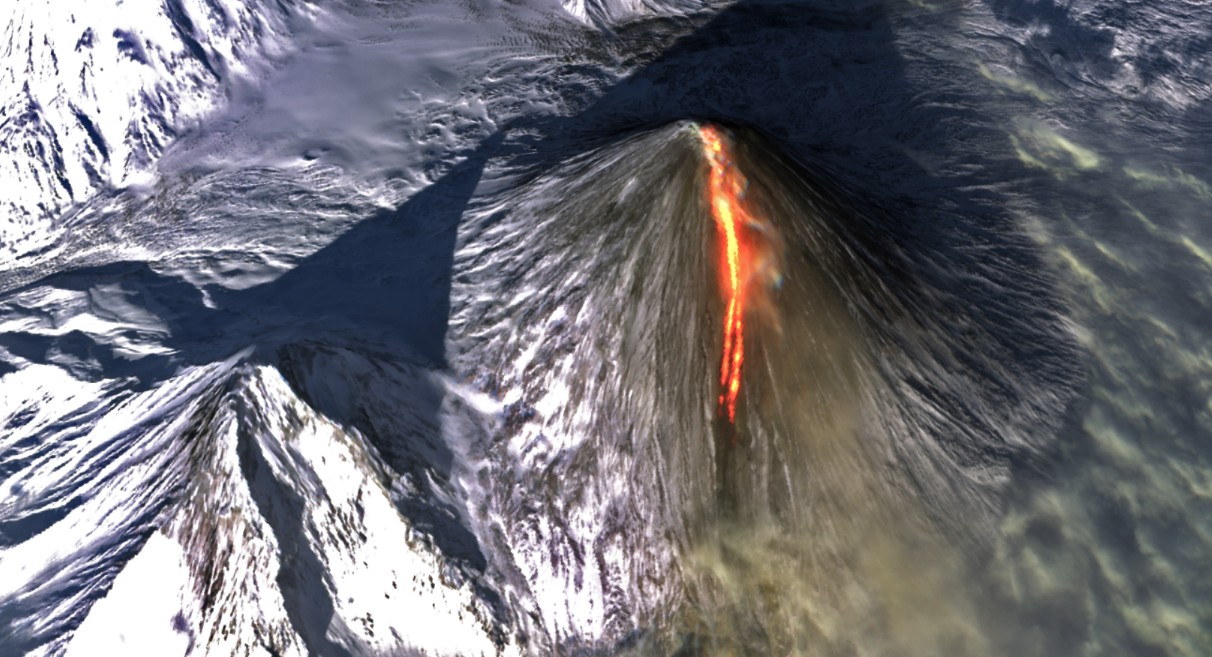