The center of Hurricane "Teddy" is moving east of Bermuda on September 21, 2020, bringing tropical-storm-force wind gusts. Teddy is forecast to become a strong post-tropical cyclone before reaching Nova Scotia, Canada on September 23.

Hurricane "Teddy" is expected to transition to a powerful post-tropical cyclone as it moves near or over portions of Atlantic Canada late Tuesday, September 22 through Thursday, September 24. There is an increasing risk of direct impacts from wind, heavy rain, and storm surge.

Teddy had minimum central pressure of 960 hPa and was moving NNE at 15 km/h (9 mph). Little change in strength is expected during the next day or so, NHC forecasters said. 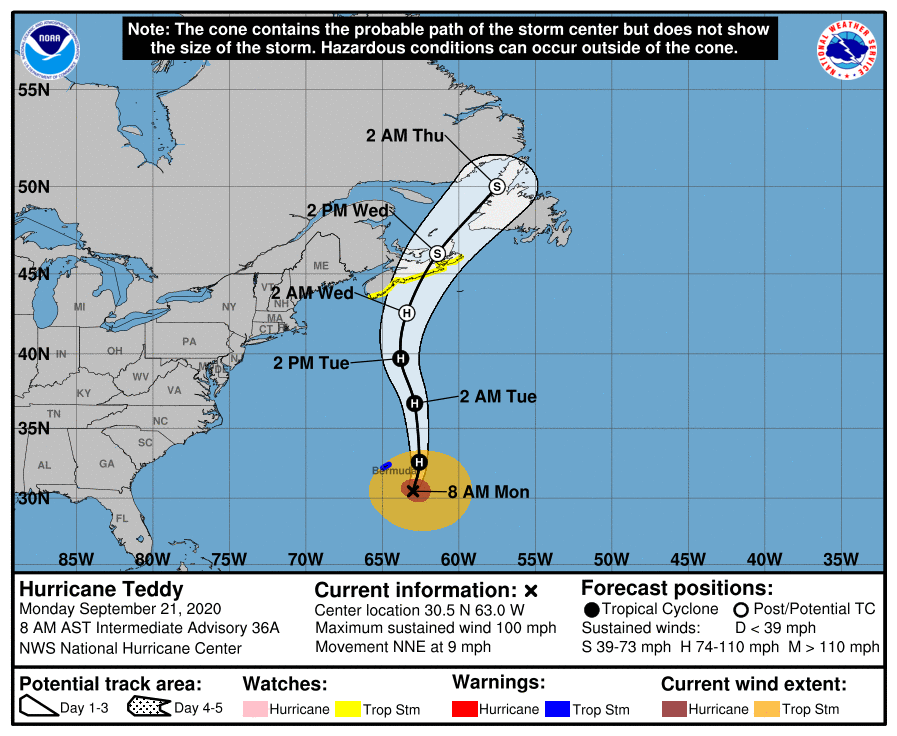 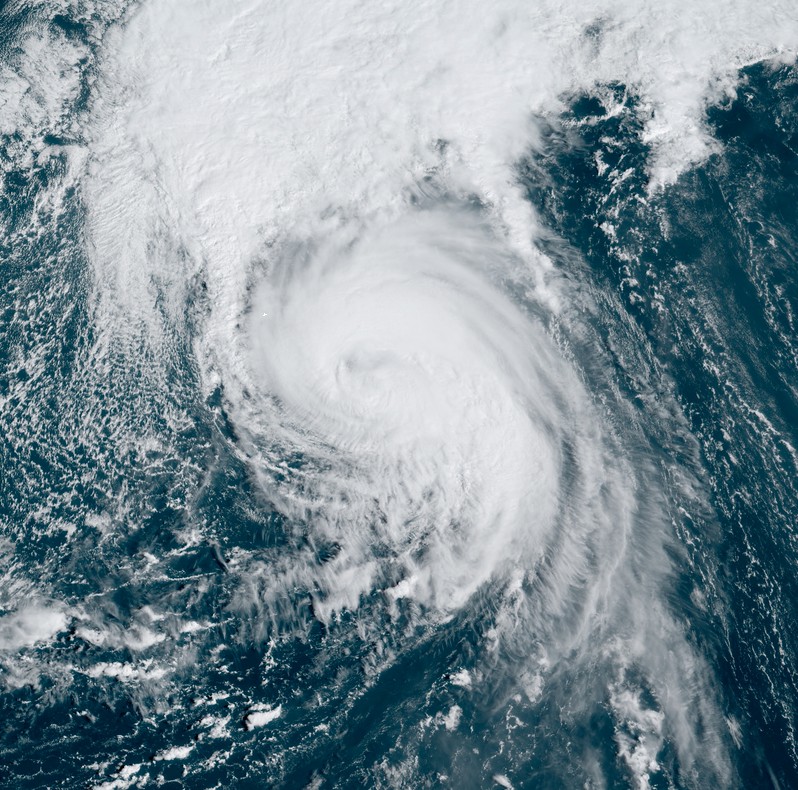 Gradual weakening is forecast to begin mid-week, but the cyclone is expected to remain a large and powerful hurricane Tuesday, then become a strong post-tropical cyclone when it nears Nova Scotia by Wednesday morning.

From Tuesday through Thursday, Teddy is expected to produce rainfall accumulations of 50 to 100 mm (2 to 4 inches) with isolated totals of 150 mm (6 inches) across sections of Atlantic Canada. 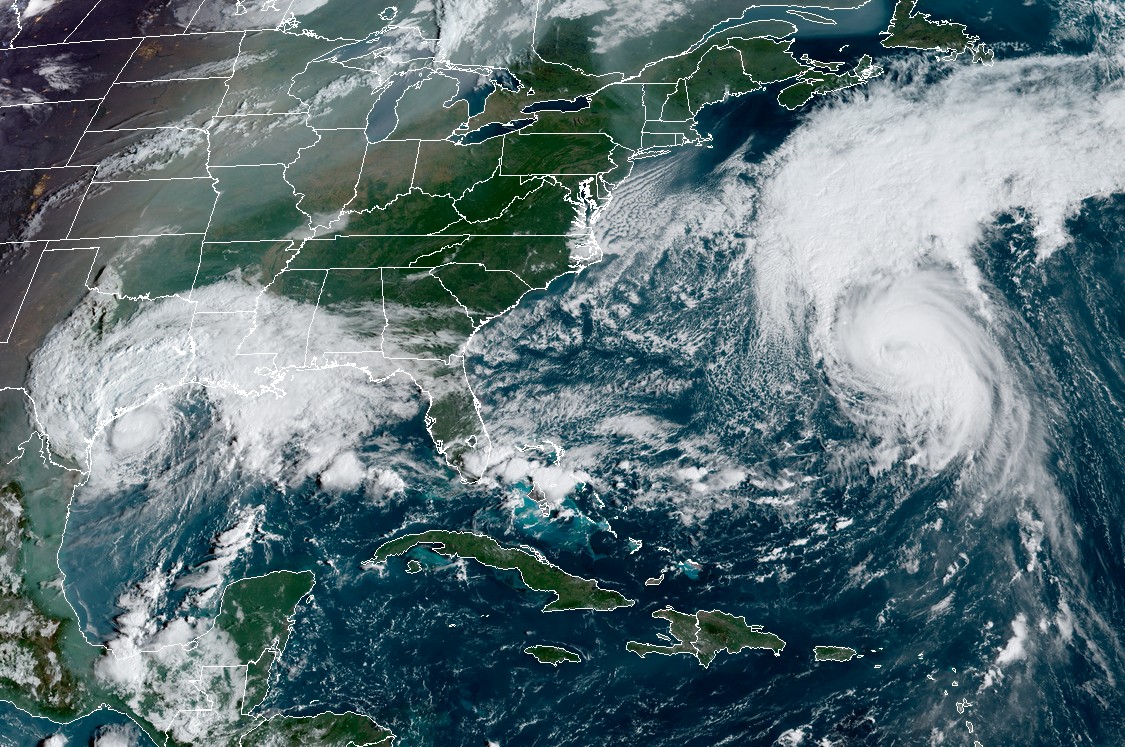 Meanwhile, Tropical Storm "Beta" is moving toward the central coast of Texas, with landfall expected by tonight, September 21. 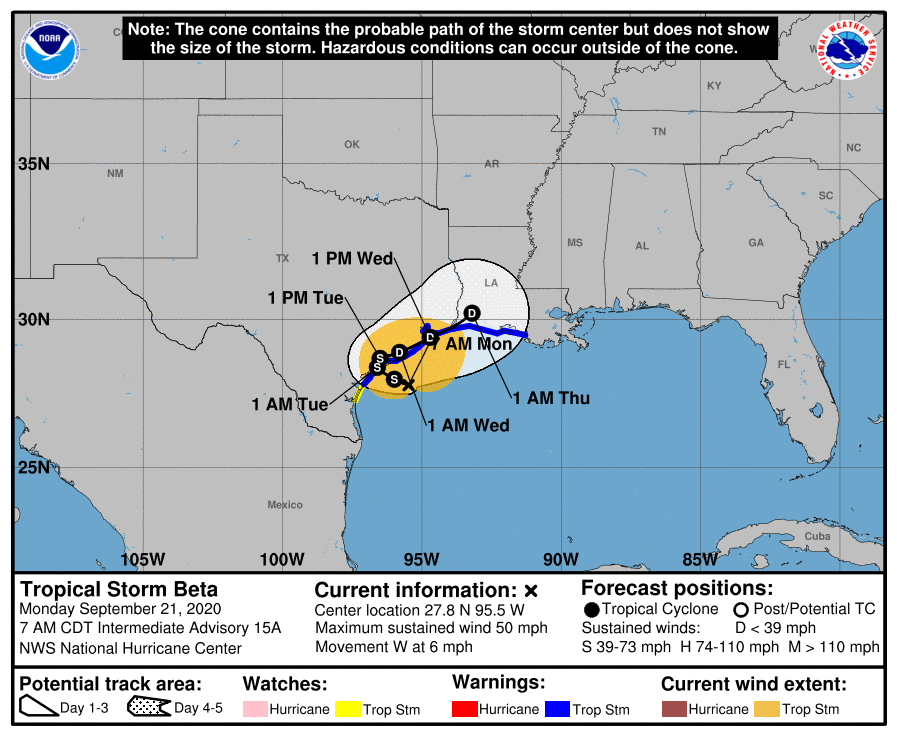 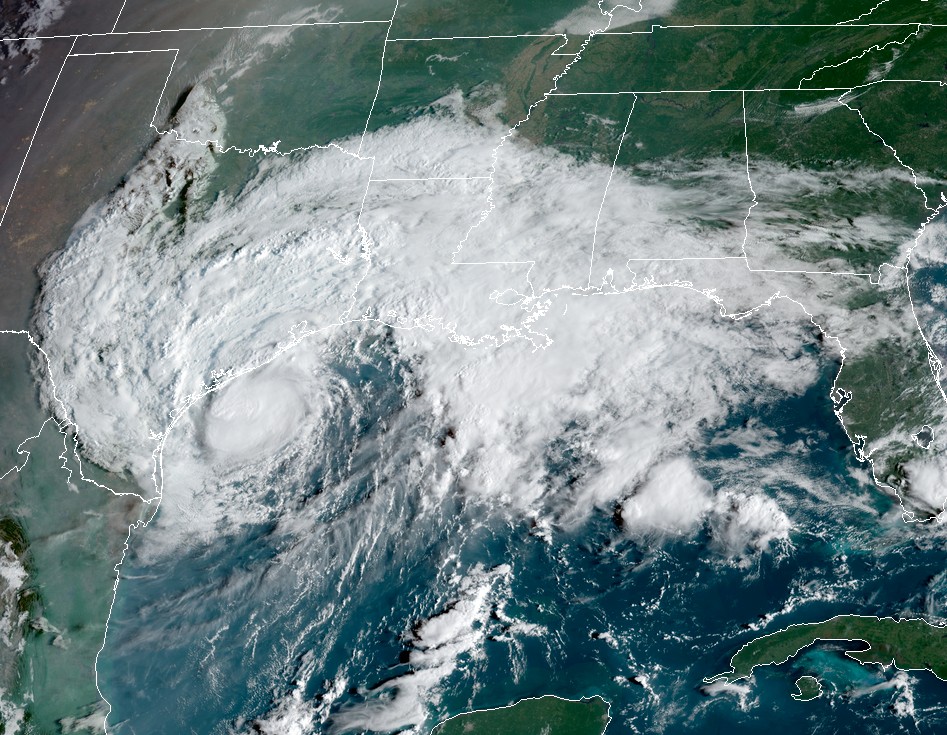