The storm's center was located inland over the Zhangpu area as a typhoon with maximum sustained winds of 130 km/h (81 mph).

Billboards, trees, and fences were blown down by strong winds. Firefighters began clearing operations on the streets of Xiamen after the worst of the storm has passed.

The China Meteorological Agency has issued a Level III emergency response for the severe weather.

#Mekkhala, the sixth typhoon of this year, landed in east #China's Fujian Province on Tuesday morning. (Video by lucifer_Lu) pic.twitter.com/sDCWyqpKe6

The Tropical #Storm #Mekkhala, which emerged in southern #China, wreaked havoc in the region.#Weather pic.twitter.com/FP9zcka6GE

Typhoon #Mekkhala, the sixth this year, made landfall at around 7:30 a.m. Tuesday in Zhangpu County, east #China's #Fujian Province, bringing gales of up to 33 meters per second near its eye, according to local meteorological authorities. https://t.co/0qWXtnflZD pic.twitter.com/6eK9bwPuFg

Over the next 24 hours, heavy rainfall is forecast over Fujian, eastern Jiangxi, eastern Anhui, and western Jiangsu, as the storm continues to move inland, weakening into a tropical depression.

According to the final update issued by the Joint Typhoon Weather Center (JTWC), at 11:00 UTC (19:00 LT) on Tuesday, Mekkhala was located approximately 400 km (249 miles) west-southwest of Taipei, Taiwan, and has tracked north-northwestward at 24 km/h (15 mph) over the past six hours.

"The system is forecast to continue tracking northward while weakening, fully dissipating overland," JTWC wrote, noting that the weather system will be closely monitored for signs of regeneration. 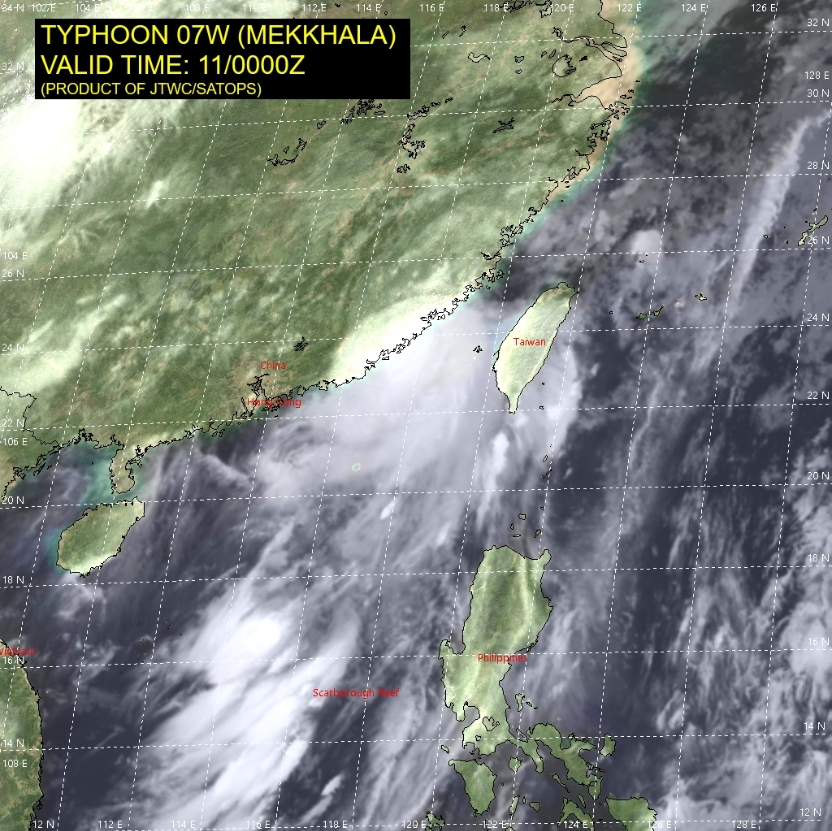 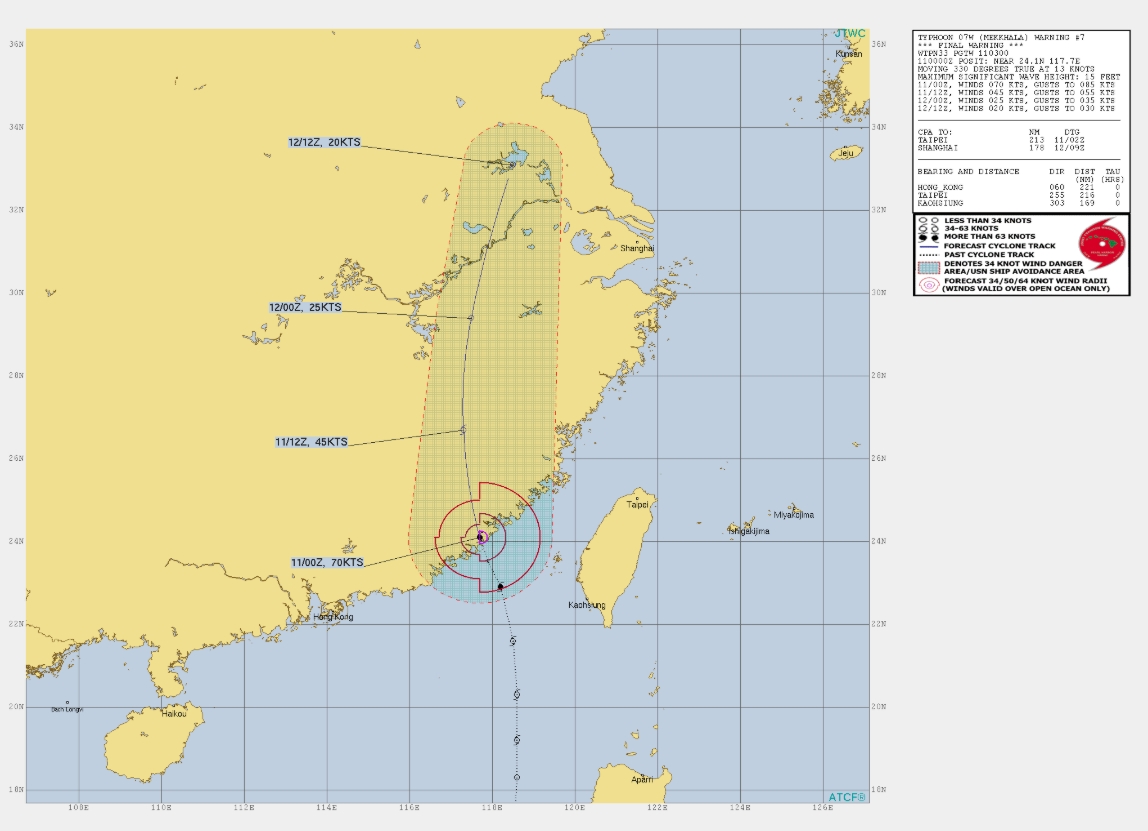