At least seven people– including an 8-month-old baby– lost their lives while 3 000 properties were damaged during a severe storm on the island Evia, Greece on Saturday and Sunday, August 8 and 9, 2020. According to the country's meteorological service, parts of the island saw up to 300 mm (12 inches) of rainfal, which is equivalent to 80 percent of the annual rainfall of 375 mm (15 inches).

The storm – named Thalia – caused two rivers to burst their banks, blocked roads and damaged thousands of homes, trapping both tourists and residents.

Authorities sent in about 100 firefighters, two helicopters and coastguard to rescue trapped people.

Torrential rains led to flooding that damaged dozens of houses and blocked roads on the island of Evia.

Deputy minister for civil protection Nikos Hardalias confirmed the fatalities, which include a baby.

According to a spokesman for firefighters involved in the rescue operations, the infant was found dead in a house in the village of Politika.

The mayor reportedly said the baby's family were tourists. Meanwhile, the parents were unharmed.

An elderly couple, aged 86 and 85, were found unconscious by the police in their flooded home in the same village. They were later confirmed dead at a hospital.

Also among the victims were a 74-year-old man and a 73-year old woman from the village of Bourtsi.

Two more casualties were reported but firefighters did not give further details.

#Greece #floods #ευβοια
In the south of Evia, torrential rainfall and a swollen river Lilas swept away the entire shoreline in the area of Bourtzi (Salemi). pic.twitter.com/SCxCoAfj5T

Evia, Greece  has been hit by severe floods following a storm overnight.

Tragically an elderly couple and 8 month old baby have been found dead  pic.twitter.com/4Wjk05FEYs

An elderly woman, who was initially missing, was found floating at sea off the coast, sitting on top of a bureau.

She reportedly climbed on it as her house was inundated. Crews are still searching for another missing person.

Many residents in Politika were forced to climb to the rooftops of their homes after a river broke its banks and flooded parts of the area. Another river in Bourtzi also became swollen.

Authorities said around 3 000 properties had been partially or totally damaged, while many local roads were left impassable.

Heavy rains started falling around midnight on Saturday, August 8. By late Sunday afternoon, almost 100 people had been safely evacuated from their houses and cars.

Firefighters also responded to more than 50 fires triggered by lightning. More than 600 homes had been drained of floodwaters.

"I’m 51 years old and it’s the first time I have seen something like this," said a local named Manos Anastasiou, a hotel employee in Politika. 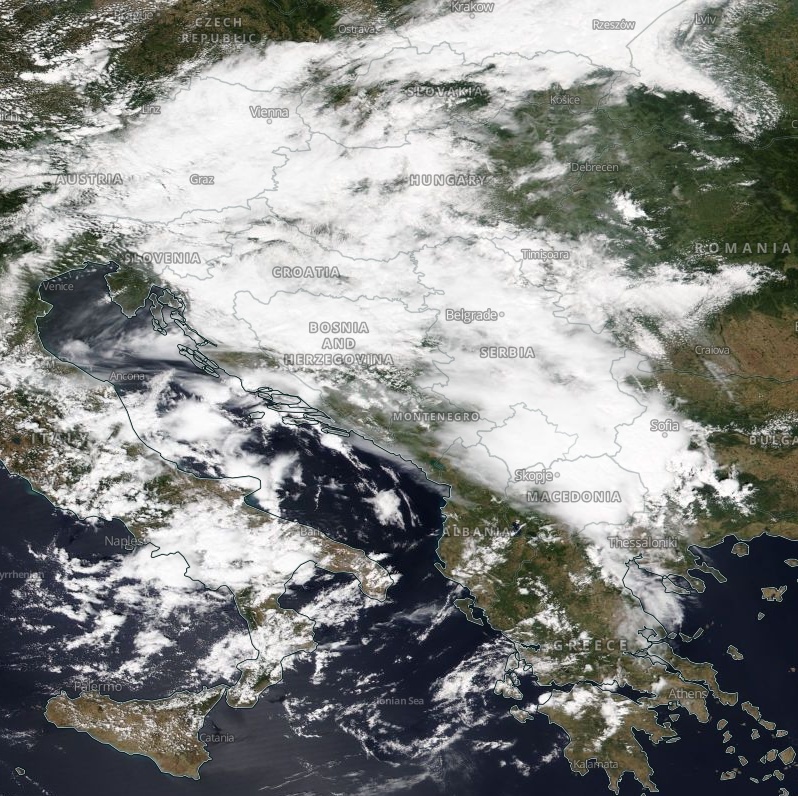