More then 45 000 people submitted their "Did You Feel It" reports to the USGS in the first few hours.

"The quake occurred as a result of oblique-reverse faulting in the upper crust of the North American plate," the USGS said.

Focal mechanism solutions for the event indicate rupture occurred on a moderately dipping fault either striking to the northwest or south.

This earthquake occurred in the interior of the North American plate — intraplate earthquake. These are generally less common than interplate earthquakes that happen near tectonic plate boundaries.

Moderately damaging earthquakes strike the inland Carolinas every few decades, and smaller earthquakes are felt about once each year or two. In the 20th century, one earthquake M5 and larger occurred within 100 km [62 miles] of the epicenter, a M5.2 in the Great Smoky Mountains in 1916. 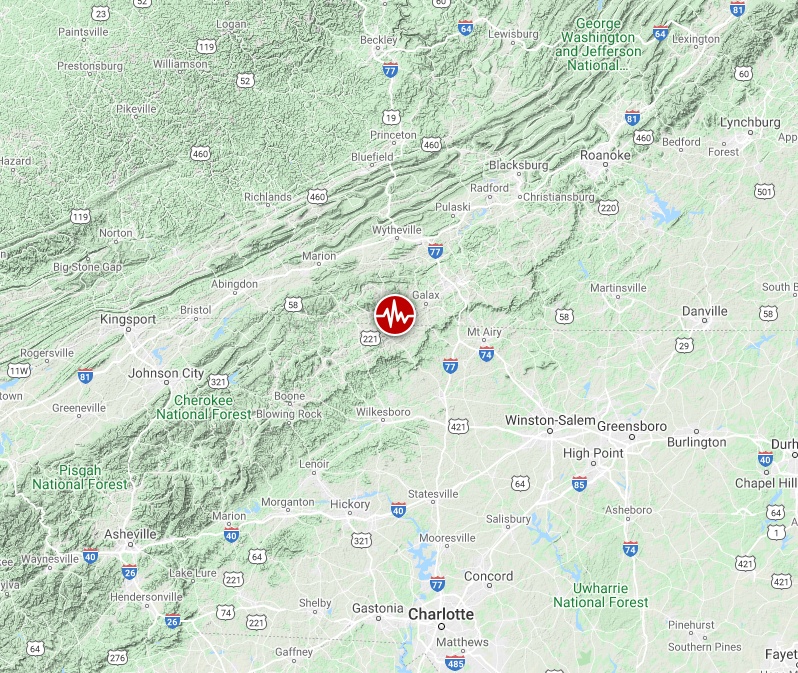 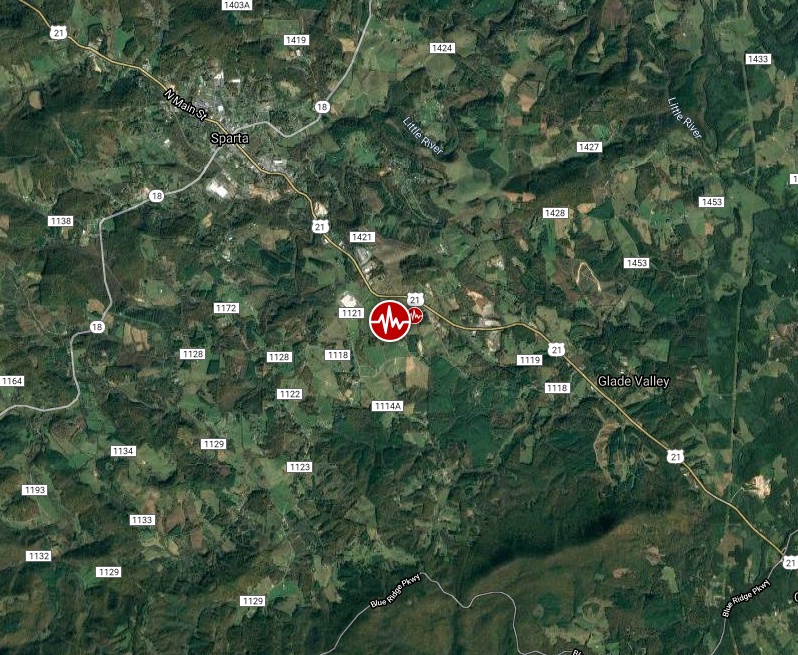 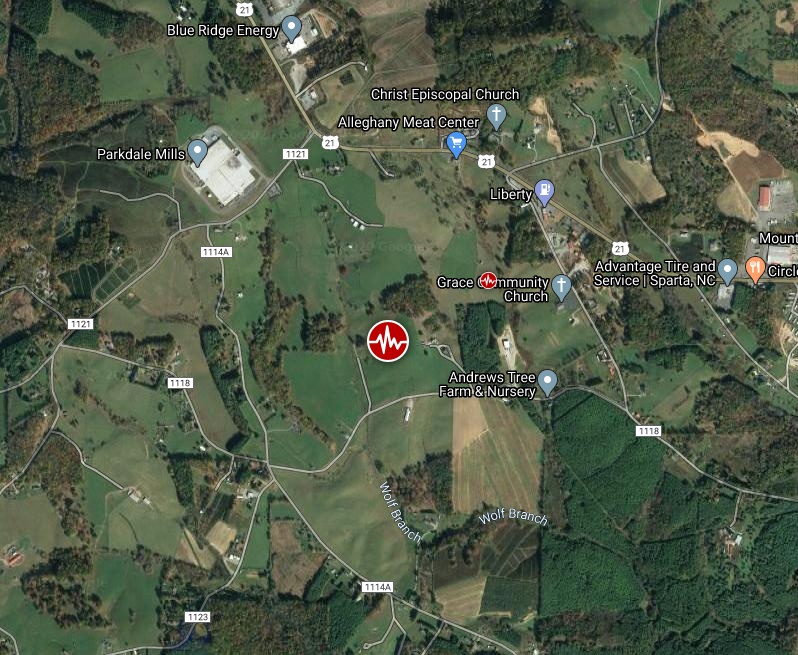 This earthquake was preceded by at least four small foreshocks ranging from M 2.1-2.6, beginning about 25 hours prior to the mainshock. and followed by M1.8 at 17:45 UTC.

USGS scientists expect that this event will trigger aftershocks, but these will decrease in frequency over time.

According to their forecast, there is a 1 % chance of one or more aftershocks that are larger than magnitude 5.1 over the next 7 days. It is likely that there will be smaller earthquakes over during the same period, with 0 to 11 magnitude 3 or higher aftershocks.

Magnitude 3 and above are large enough to be felt near the epicenter. The number of aftershocks will drop off over time, but a large aftershock can increase the numbers again, temporarily. 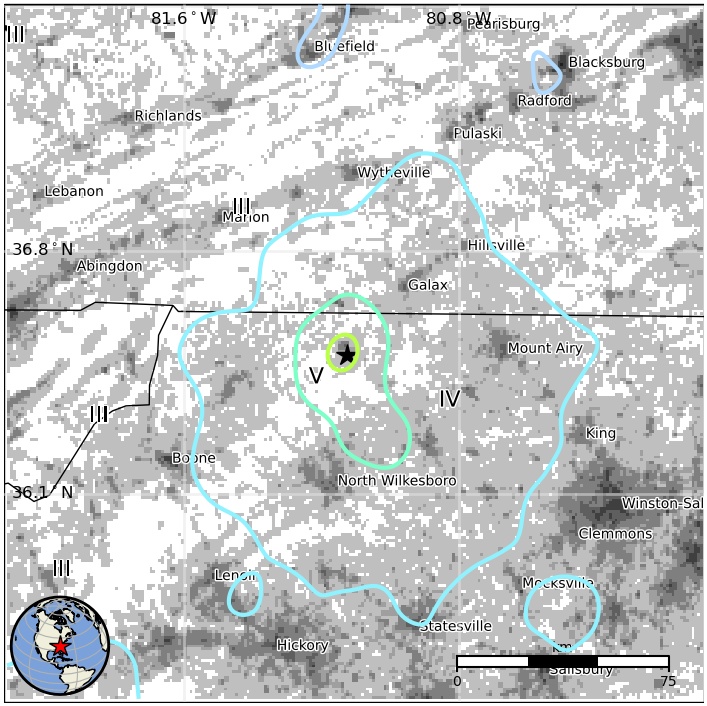 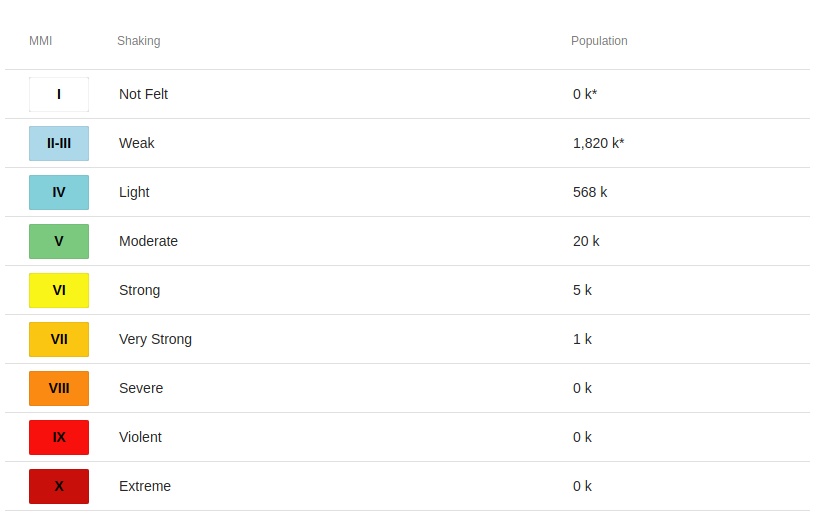 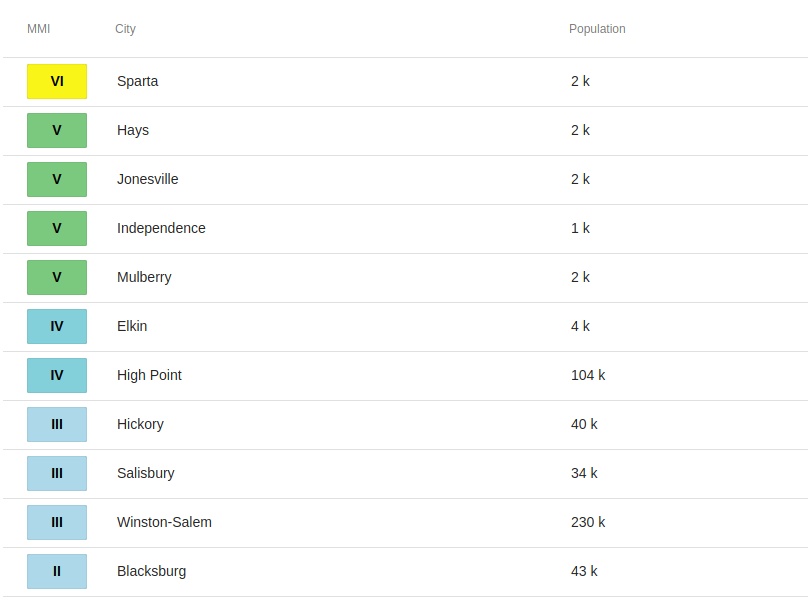 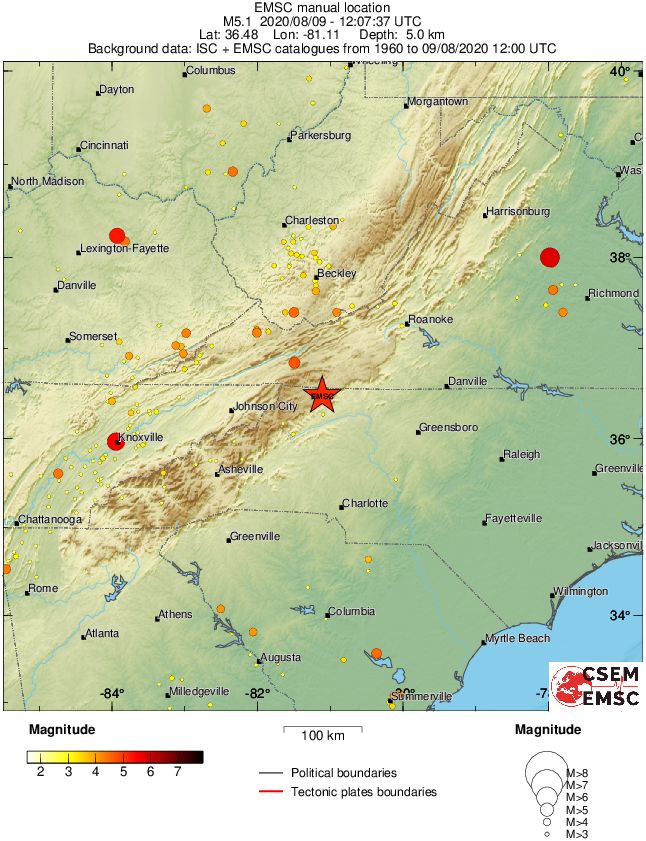 A #Sparta woman tells me she’s been on the phone trying to contact her insurance company because this is what the #earthquake did in her kitchen. She says her 94-year-old father was here and very scared. @FOX46News pic.twitter.com/8YJiXfC5Va