Category 1 Hurricane "Hanna" made landfall on Padre Island, Texas, at around 22:00 UTC (17:00 LT) on July 25, 2020, as the first rapidly-intensifying named storm of the 2020 Atlantic hurricane season. The state now has 9 hurricane landfalls in July since 1851, which is more than any other state in the U.S. As of 21:00 UTC on July 26, the storm has weakened into a depression with maximum sustained winds of about 56 km/h (35 mph). Its center was located near Monterrey, Mexico.

According to Philip Klotzbach, a meteorologist at CSU specializing in Atlantic basin seasonal hurricane forecasts, Hanna has intensified from 72 to 129 km/h (45 to 80 mph) maximum winds in 24 hours to July 25, making it the first rapidly intensifying named storm of the 2020 Atlantic hurricane season. 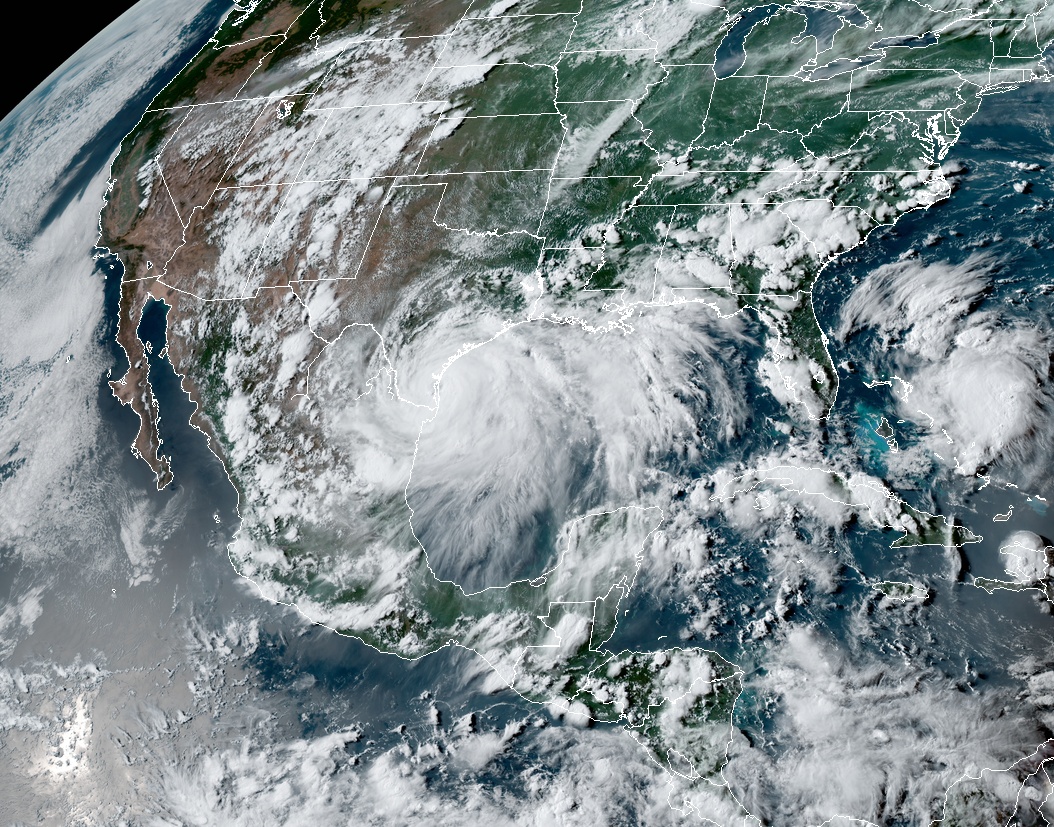 Strong winds and storm surge affected the southern coast, with Corpus Christi bearing the brunt of the severe weather, down to the mouth of the Rio Grande River.

Significant structural damage was reported in Port Mansfield, which was battered by gusts of up to 134 km/h (83 mph).

Texas governor Greg Abbott said disaster declarations had been made in 32 counties.

Hanna then moved further inland and weakened on July 26. As of 21:00 UTC, the National Hurricane Center (NHC) said the storm was located near Monterrey, Mexico, packing winds of around 56 km/h (35 mph).

The storm's central pressure was down to 973 hPa, which was the lowest for a July hurricane in the Gulf of Mexico since 2010 Hurricane Alex. Hanna was also the first hurricane to make landfall in Texas in July since Dolly in 2008 and in any month since Harvey in 2017.

With this recent landfall, Texas has now had nine hurricane landfalls during July on record, which was more than any other state in the U.S., followed by Florida with six landfalling hurricanes.