The number of this year's fatal landslides in Nepal has exceeded the average annual total over the last 15 years, according to data gathered by The Landslide Blog's Dr. Dave Petley.

Since the monsoon season began in Nepal in June, there have been more than 130 fatalities due to rain-related disasters, particularly landslides.

Recently, on July 22, at least 19 houses were swept away by a massive landslide following incessant heavy rainfall in Lamjung District, Gandaki Pradesh. Authorities warned that there is still high risk in the area as the land is still sliding.

In his analysis, Dr. Petley provided the data containing the number of deadly landslides in the country from 2004 to July 20, 2020, and it showed that this year's figure is by far the highest. 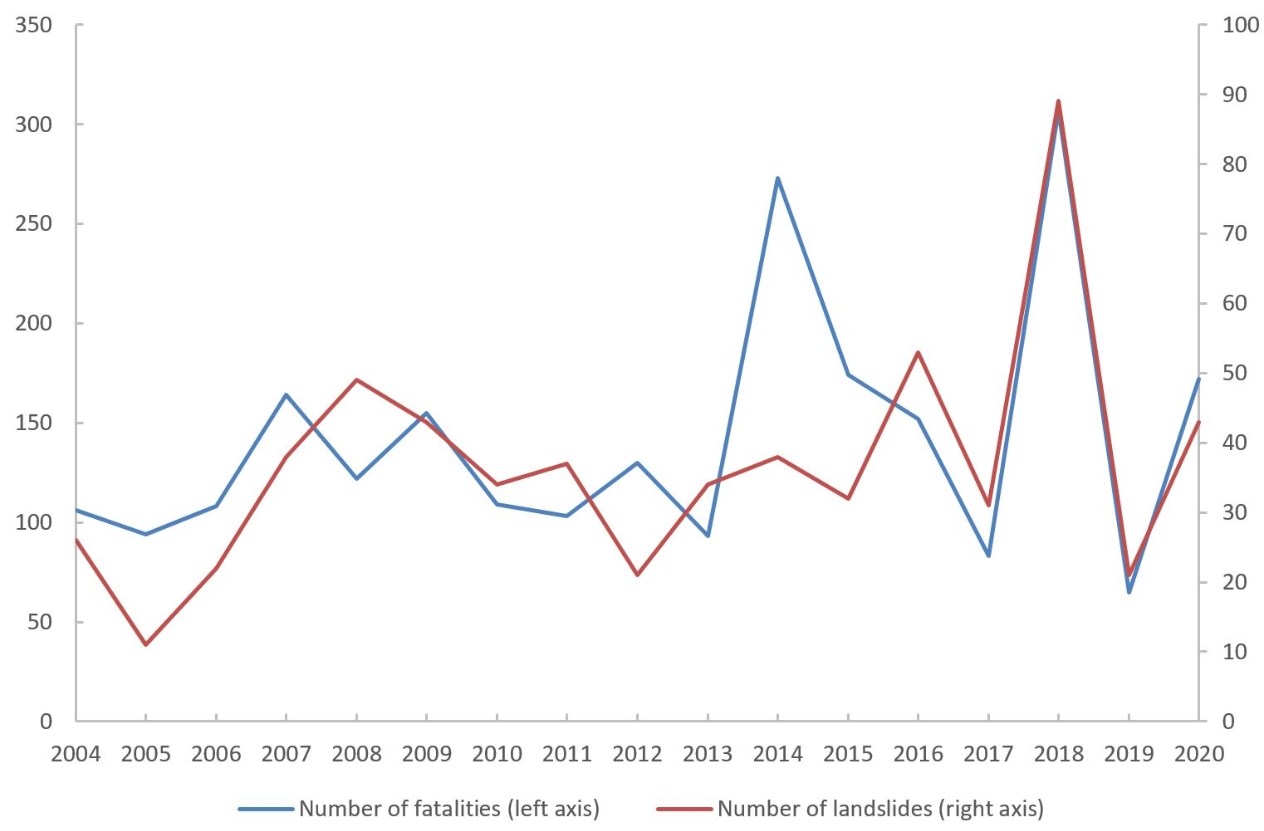 "The data shows the extraordinary variability in landslide impacts in Nepal from year to year– compare for example the number of fatal landslides (the red line) in 2018 and 2019," he wrote.

"Back in 2015 I wrote about the seasonality of landslides in Nepal, and in particular the variability through the monsoon.  July is the peak month, but large numbers of landslides occur in August and September too."

The graph also shows that by July 20, the number of deadly landslides in Nepal this year, which is 43, has already exceeded its average yearly total for the period of 2004 to 2019, which was 36.

"This suggests that Nepal is likely to have a particularly high total number of fatal landslides this year.  The level of disruption is already high."

With this data, Petley points out Nepal's need for a national agency to manage slopes across the nation.

As of July 24, the Disaster Risk Reduction and Management Authority reported at least 132 dead, 128 injured, 53 missing, and 998 families affected. Myagdi District was the worst-hit, with 27 reported deaths.