A major landslip is on the move in Central Otago, New Zealand, prompting authorities to shut the southbound lane on the Cromwell-Clyde Road on SH8 on July 14, 2020. Helicopters with monsoon buckets were delivered from Queenstown to dump water on the slip in an attempt to dislodge loose material. The NZ Transport Agency (NZTA) said crews are now closely managing the "potentially significant" landslip.

The slip is about 30 m (98 feet) long, 20 m (66 feet) wide, and 15 m (49 feet) deep, according to NZTA maintenance contract manager Mark Stewart. It was first noticed moving relatively slowly on Tuesday morning, July 14. As a result, traffic was reduced to a single lane that day.

"A split in the land has developed above the highway and has destabilized the material underneath it," Steward explained. "We thank people for building in extra time if they are traveling south on SH8 through the Cromwell Gorge, towards Clyde and Alexandra."

A reporter from local media Otago Daily Times, who was at the scene, said a huge piece of rock can be seen at the center of the slip. "Small pieces of rock have been dropping off all the time."

On Tuesday afternoon, engineers and helicopters with monsoon buckets were sent from Queenstown to dump water on the slip. This was to help dislodge and clear away loose objects to make the site safer.

Stewart assured that geotechnical advisers present at the site are deciding the best way to make the area safer. NZTA added that crews are closely monitoring and managing the "potentially significant" landslip.

Meanwhile, traffic crews had then temporarily closed the highway while sluicing was underway.

On Wednesday, July 15, NZTA said sluicing work would continue and traffic would be stopped for up to 30 minutes at a time, noting as well that traffic is likely to remain restricted to one lane near Cromwell for the following days.

"This sluicing work will continue for the next few days at least until we are sure the hillside is again stable," the agency stated.

Stewart said about 150 000 liters (40 000 gallons) have been dropped so far to flush the landslip. "The highway is likely to remain at a single lane while this work is underway and we thank all road users for building in the extra time and being patient." 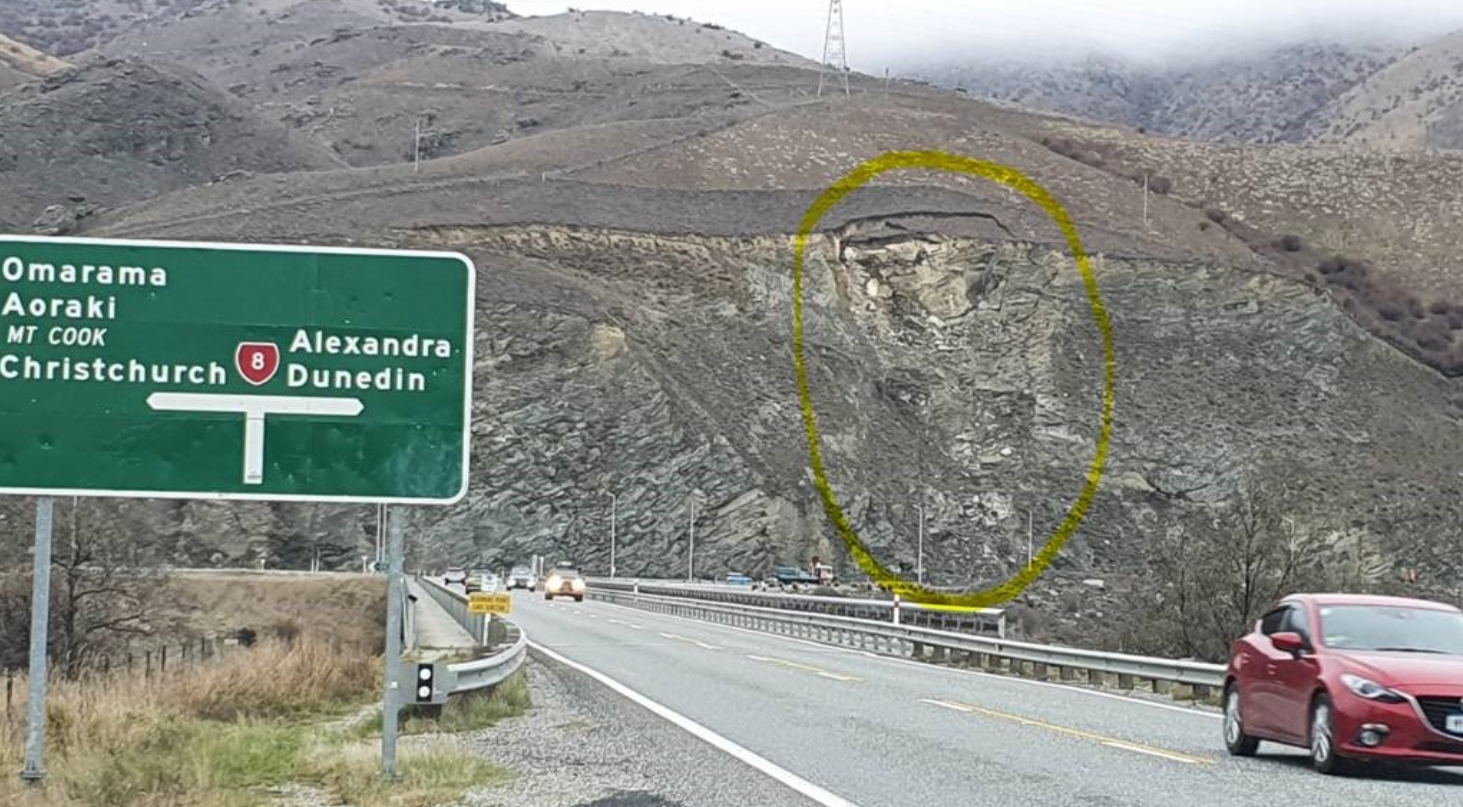 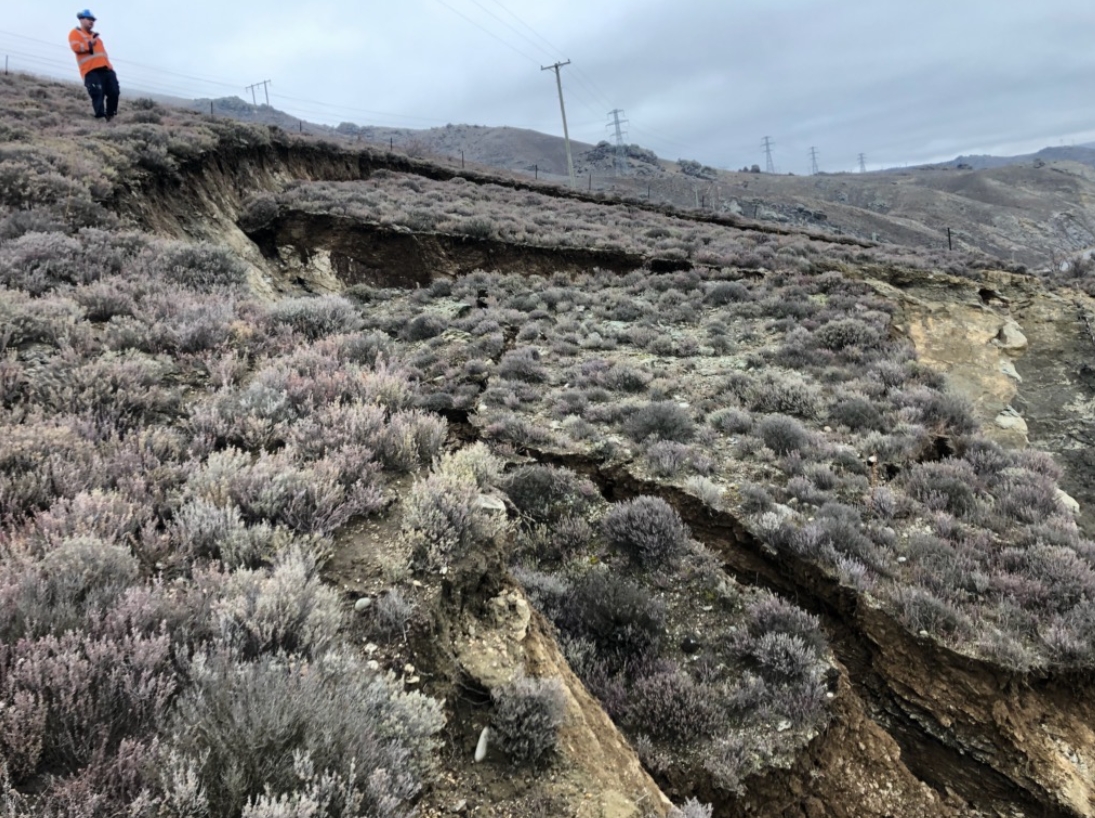 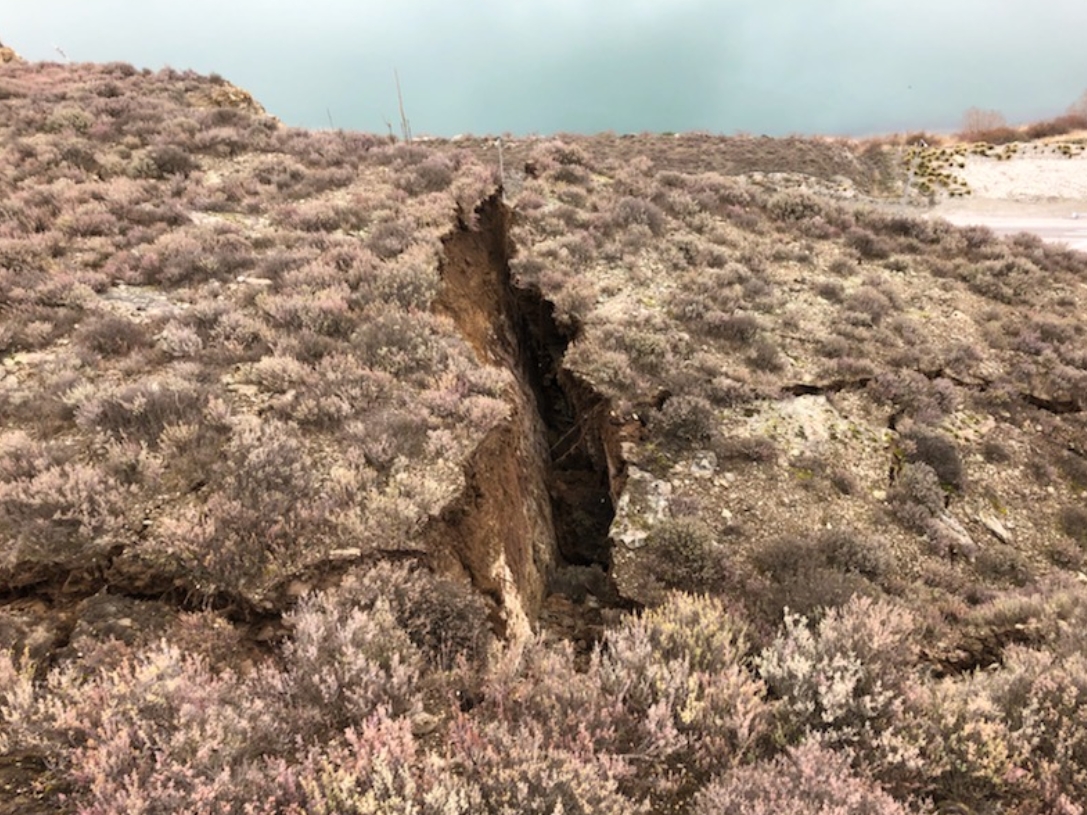 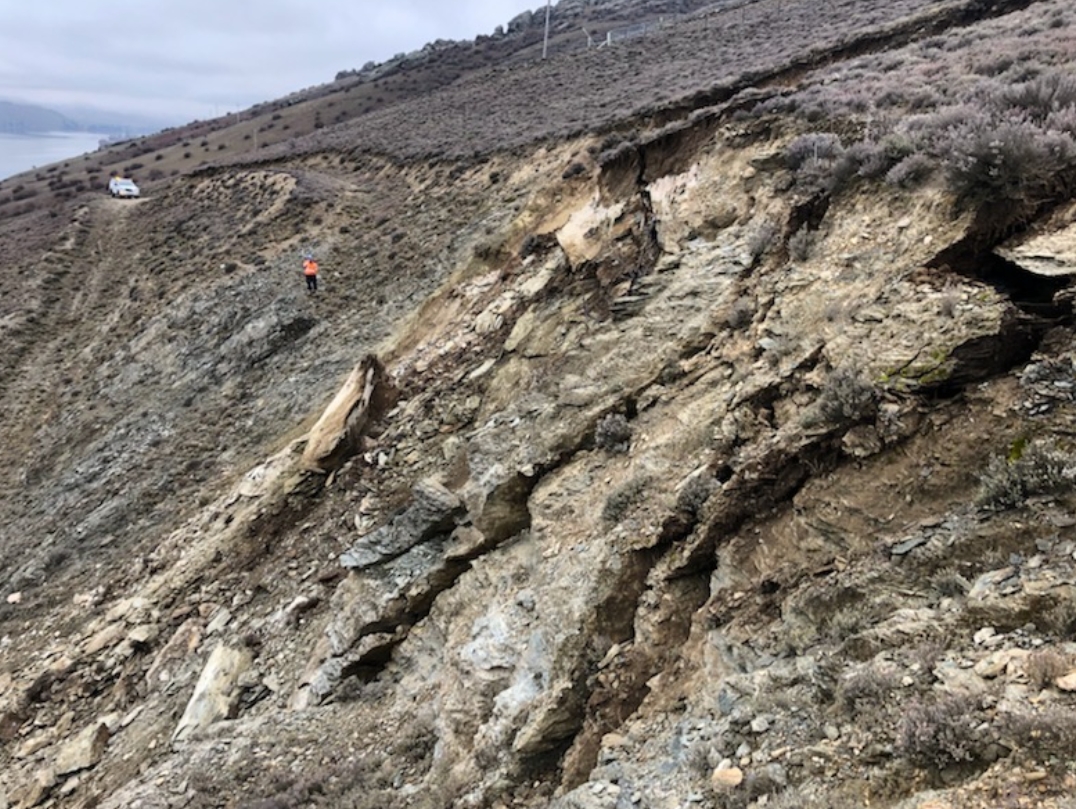 In an analysis by The Landslide Blog's Dr. Dave Petley– the Pro-Vice-Chancellor of Research and Innovation at the UK's University of Sheffield, he pointed out that the large rock slip "appears to be a wedge failure with substantial displacement in the rear scarp."

"The landslide is actively deforming. Clearly there is a high chance of a collapse event," he wrote.

Petley said the sluicing work was an unusual management approach, and that he has not seen such method used much outside of New Zealand.

"It is certainly an interesting way to manage a slope."