Severe Cyclonic Storm "Nisarga" made historic landfall over Maharashtra, India just south of Alibagh at 07:30 UTC on June 3, 2020, with maximum sustained wind speeds up to 110 km/h (70 mph) and gusts to 120 km/h (75 mph). The landfall process will be completed during the next three hours. After the landfall, Nisarga is very likely to maintain its Cyclonic Storm intensity for about 6 hours, while moving north-northeastwards across north Madhya Maharashtra.

Nisarga's center passed very close to Mumbai, a megacity and India's commercial center with a population of 18 million, rarely impacted by tropical cyclones. In addition, this is its first time in recorded history to be struck by a tropical cyclone during the month of June.

In total, just three tropical cyclones have made landfall over or near Mumbai since 1891 — all three in October and November. The latest was Tropical Cyclone "Phyan" on November 11, 2009, resulting in mass evacuations and massive damage to property in the districts of Ratnagiri, Raigad, Sindhudurg, Thane and Palghar.

Mumbai has banned all public movement until the storm threat is over. Rooftops were seen flying off in Alibagh as Nisarga made landfall, along with high waves and heavy rainfall.

#WATCH: #CycloneNisarga makes landfall along the Maharashtra coast, process will be completed during next 3 hours. Visuals from Alibaug. pic.twitter.com/n5kpRtpBdS

Officials are urging residents to pay attention to official instructions and not pay heed to rumors or circulate them. 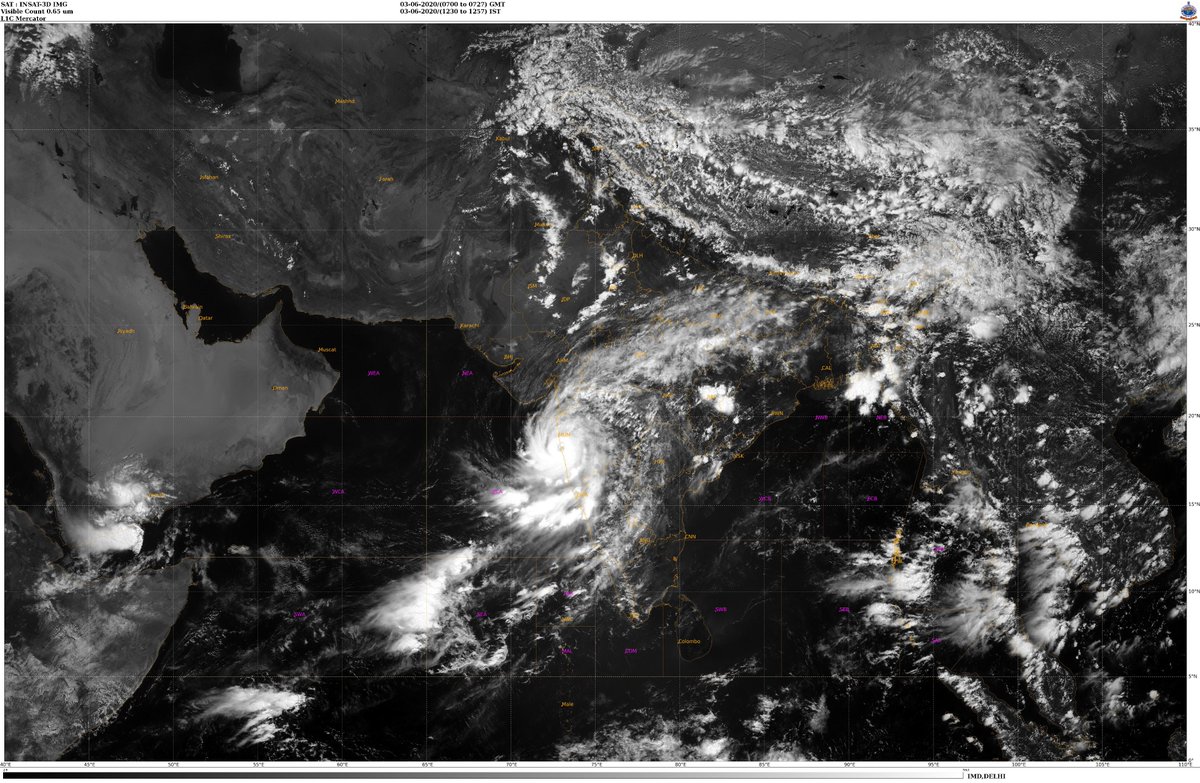 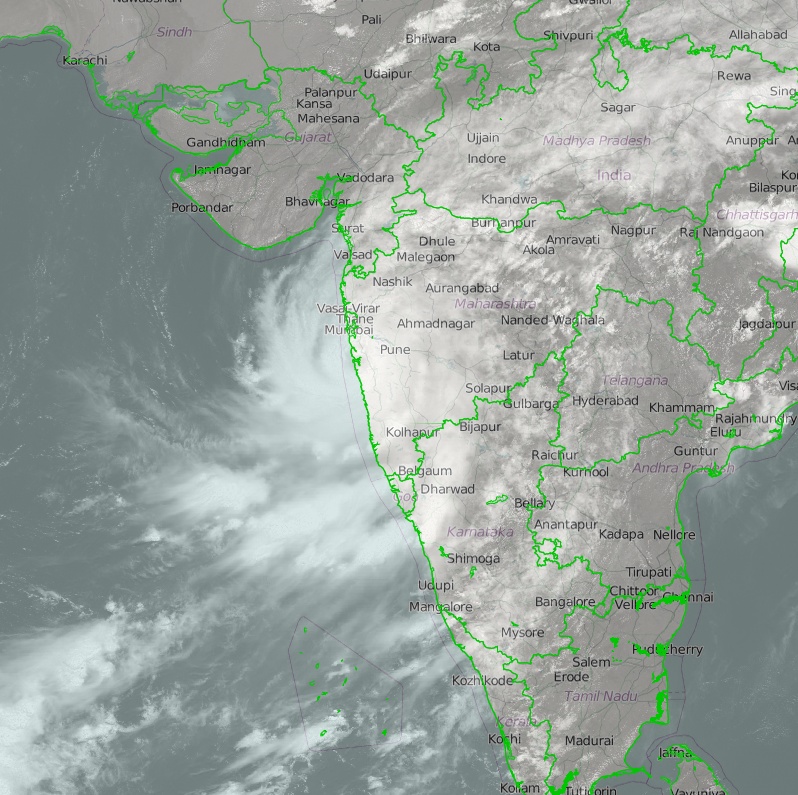 Light to moderate rainfall is forecast at most places with heavy to very heavy falls at a few places and extremely heavy falls ( ≥ 200 mm / 8 inches in 24 hours) at isolated places very likely over north Konkan (Mumbai, Palghar, Thane, Raigad districts) and north Madhya Maharashtra during next 24 hours.

Light to moderate rainfall is expected at most places with heavy to very heavy falls at isolated places over south Konkan (Ratnagiri and Sindhudurg districts), Goa and south Gujarat region (Valsad, Navsari, Dang, Daman, Dadra and Nagar Haveli and Surat districts) during next 24 hours.

Light to moderate rainfall at most places with heavy falls at isolated places is also expected over west Madhya Pradesh and Vidarbha during next 24 hours. 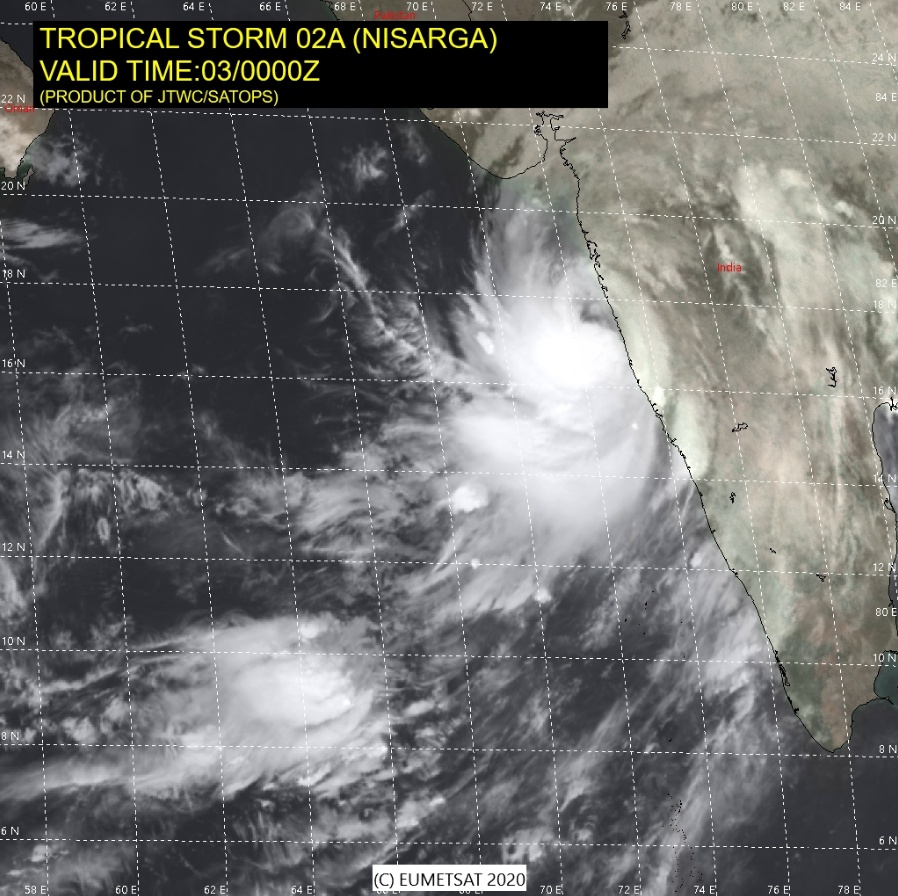 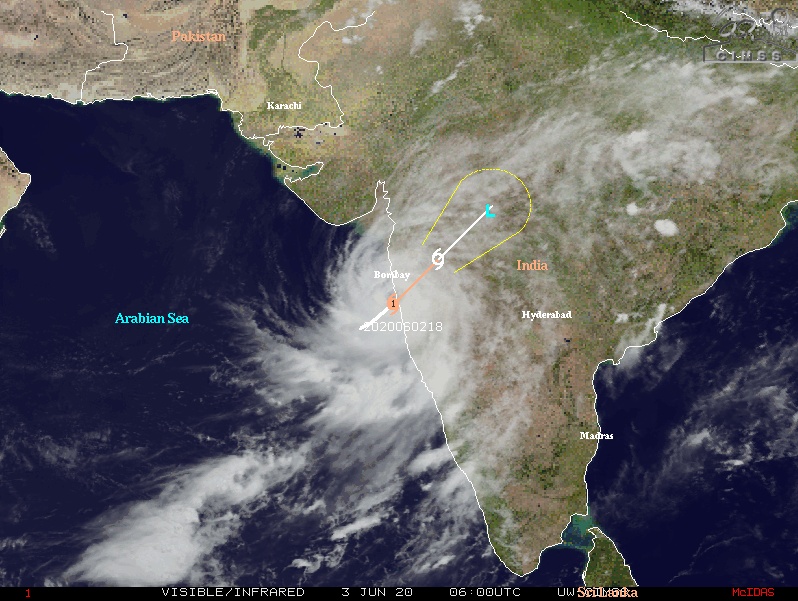 Fishermen are advised not to venture into East-central and Northeast Arabian Sea and along and off Karnataka-Goa-Maharashtra-south Gujarat coasts during the next 24 hours. 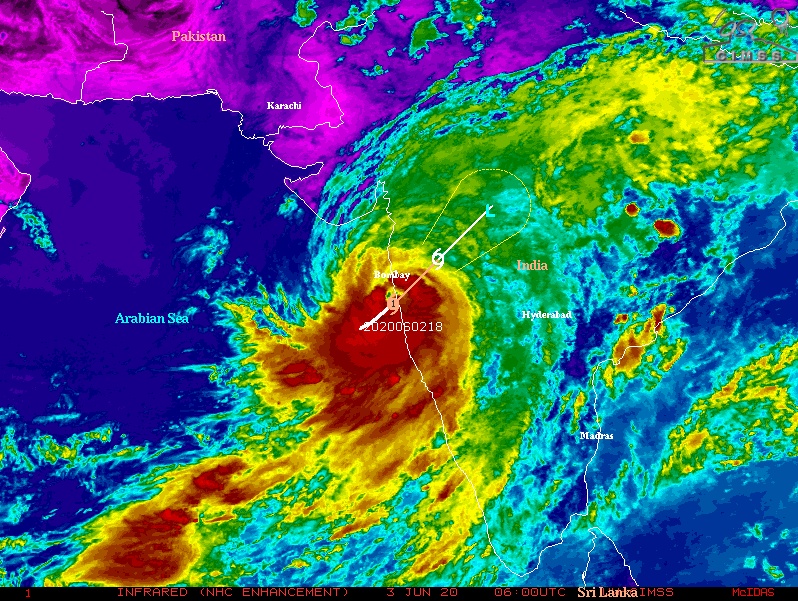 After the landfall, the Severe Cyclonic Storm is very likely to maintain its Cyclonic Storm intensity for about 6 hours, while moving north-northeastwards across north Madhya Maharashtra.

Under its influence Gale wind reaching 60 – 70 km/h (37 – 45 mph) gusting to 80 km/h (50 mph) very likely to prevail over Pune, Ahmadnagar and 55 – 65 km/h (35 – 40 mph) gusting to 75 km/h (46 mph) adjoining Beed, Nashik and Aurangabad districts of Maharashtra. Light to moderate rainfall at most places with heavy to very heavy falls at isolated places are also very likely over these districts on June 3.

Interior districts of Maharashtra (Pune, Ahmadnagar, Nashik, Aurangabad and adjoining Beed) can expect minor damage to power and communication lines, damage to Kutcha, and some damage to Pucca roads, breaking of tree branches, uprooting of small trees, damage to banana and papaya trees. People in affected areas should remain indoors.

Nisarga is the second named storm of the 2020 North Indian Ocean cyclone season.