A fireball exploded over Washington state, U.S. at around 01:57 UTC on May 7, 2020 (18:57 PDT, May 6), with a dozen eyewitness reports submitted to the American Meteor Society (AMS).​ A loud and deep boom was reported during the event, which startled many people in the area.​

The fireball reportedly produced a loud bang, which made rounds on local news outlets as residents were left startled and shook.

Mountlake Terrace resident David Carlos dubbed it "the Quarantine Boom of 2020", describing that he felt a dull shake in his home during the event, which also startled his cat. He went outside to investigate, thinking it was probably something that crashed on the roof.

Carlos learned that a lot of people nearby also had the same experience when he checked social media. In Snohomish County, residents reported hearing the boom from Brier, Edmonds, Everett, Lynnwood, Mukilteo, with one witness comparing the sound to a gas explosion.

An Edmonds resident named Nicole Daugherty said the boom sounded like "a truck going over speed bumps, but weirder." Eastmont local Shannon Leonard thought it sounded as if a volcano had erupted.

According to the AMS' estimated trajectory, the fireball traveled west to east and was visible from Keyport to nearby Kirkland.

"The boom was reported on social media all over Kitsap County," said one of the eyewitnesses who submitted reports to the organization.

"I did not see this, but myself and two other family members heard a loud boom and felt the house shake," another reporter stated.

"We all ran outside to check nothing had hit the house– later I read on our small community Facebook page that the same loud boom had been heard by others and one person reported they had seen a fireball at the exact time we heard this boom."

A viewer in Brier named Scott Story was able to capture the fireball and the sonic boom. "[There was a] huge boom that shook the house, and many people on our Facebook group heard it, saw it, and had their homes shook by it," he said.

The footage was examined by Toby Smith, a senior lecturer in astronomy at the University of Washington, and agreed that the fireball likely produced the bang.

"It sort of screams this was a meteor that entered the earth’s atmosphere," said Smith, adding that the fireball looked like it broke up but also appeared huge enough to cause a sonic boom. 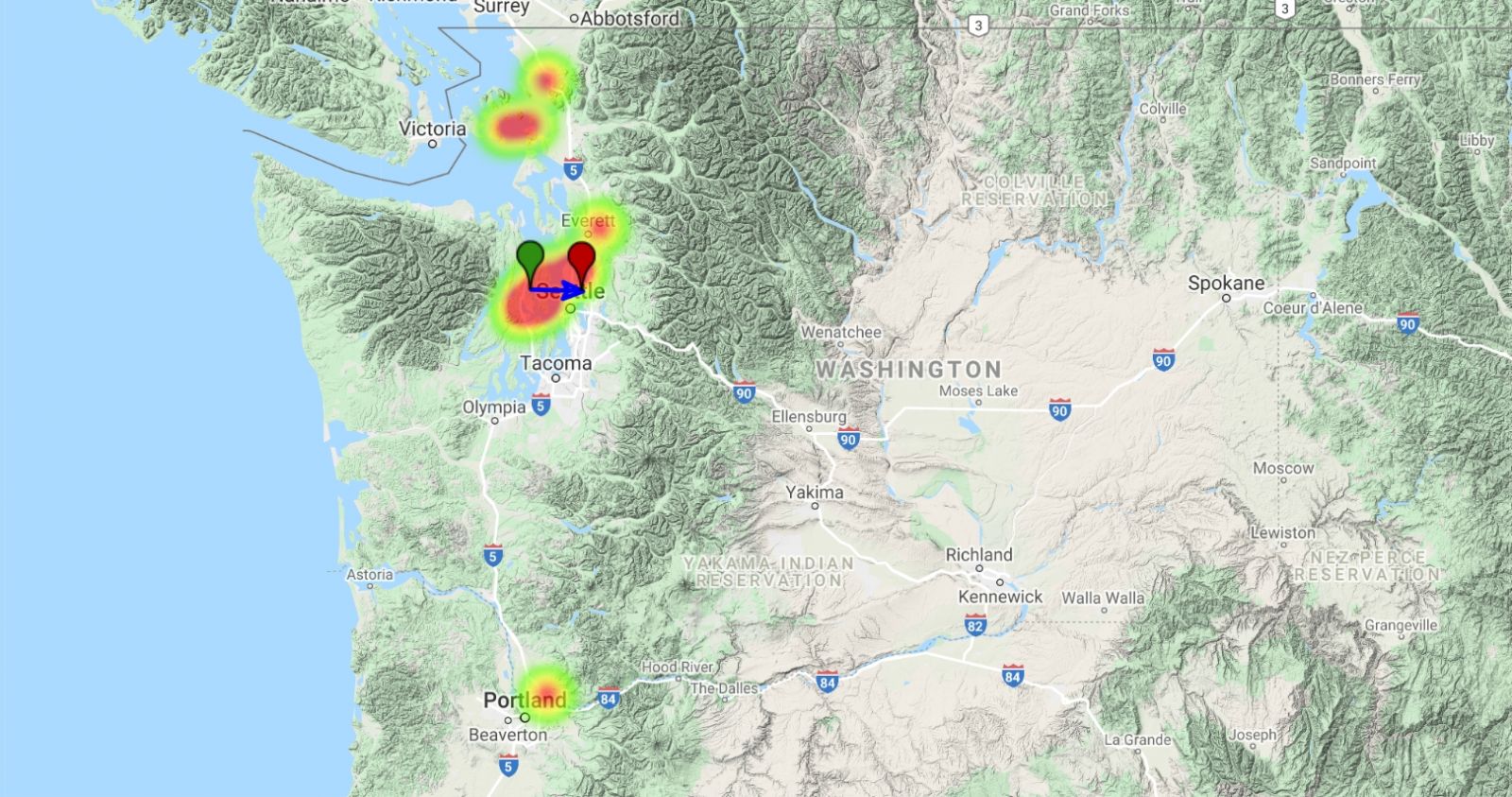 Fireball report coordinator Robert Lunsford said at least a hundred reports is needed to develop accurate information on where the meteor went and where it disappeared.

Lunsford added that the fireball was likely a random event and not part of the Eta Aquarid meteor shower.